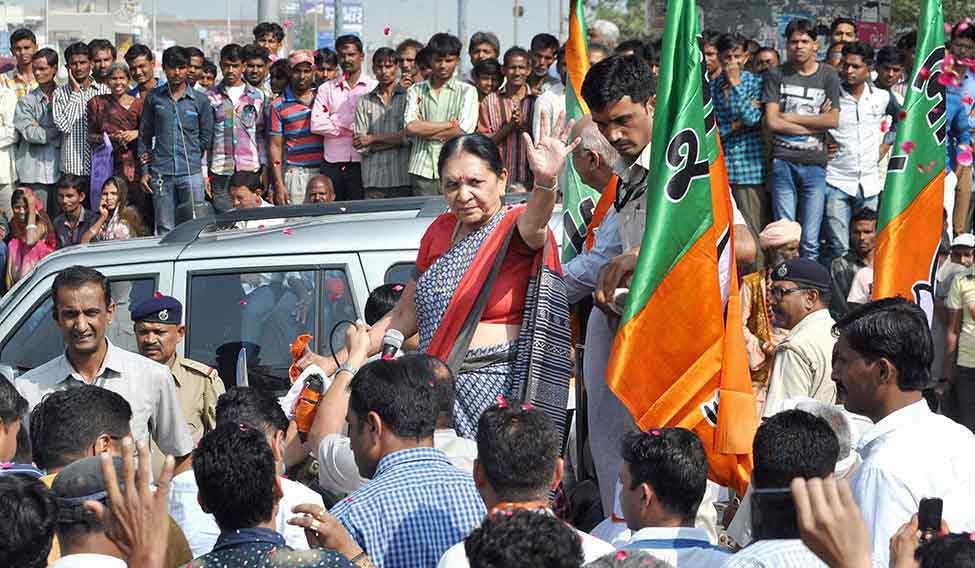 For the Bharatiya Janata Party, winning the civic polls in Gujarat would have been a cakewalk. After all, the party has ruled the state for more than two decades and holds a majority in these local bodies. However, two recent factors—the Patel agitation and the loss in the Bihar elections—could ruin its chances of victory.

This is Gujarat's first major election after Narendra Modi left the state and the first real test for his protege, Chief Minister Anandiben Patel. Currently, the BJP holds all six municipal corporations, 150 of 230 taluka panchayats, 42 of 56 municipalities and 30 of 31 district panchayats. A loss in the elections, to be held on November 22 and 29, could also affect the BJP’s chances in the 2017 assembly elections.

Unfortunately for the BJP, the Bihar results arrived just as it was trying to play down the impact of the Patel agitation. For the past few months, the powerful Patel community has been demanding reservation under the OBC category, and Hardik Patel, the young leader of the Patel Anamat Andolan Samiti, was jailed for sedition.

Apparently, BJP leaders have now been asked to sympathise with the Patels. The situation, however, became worse for the party when Lalji Patel, leader of the Sardar Patel Group, asked his community to vote against the BJP. Hardik’s father, Bharat Patel, said the Patel community would vote for the Congress as the BJP and the police had committed atrocities against his son.

Interestingly, as a result of the agitation, many Patels have now been given tickets by the BJP as well as the Congress. A senior BJP leader from Ahmedabad, requesting anonymity, admitted that the Patel stir could affect the party's chances in north Gujarat, south Gujarat and the Saurashtra region.

The government, feeling jittery, had promulgated an ordinance to postpone the elections, citing breakdown of law and order because of the Patel agitation. The judiciary had to step in—the Gujarat High Court asked the government if elections could be held in volatile Jammu and Kashmir, why they couldn't be held in Gujarat. The court quashed the ordinance, criticised the state election commission for toeing the government line and told it to hold the elections immediately.

Said senior Congress leader Shaktisinh Gohil: “The BJP’s internal survey had projected that it was losing the civic elections and this is the reason it tried to put off the elections by three months. Had the elections taken place on time, the results would have been out during the third and fourth phase of polls in Bihar and that would have created problems for the BJP.”

Apparently, the Congress has included many Patels in its list of candidates including those associated with the agitation. Gujarat Congress spokesman Manish Doshi said: “The party is taking to people the issue of their rights. This also includes Patels and people from other communities.” The Congress campaign is focused on price rise, the closure of small and medium industries and the rising cost of education.

“Both the Patel stir and the Bihar results will have an impact on the seats we would win,” said a BJP leader. However, he hoped that Gujarat would vote to avenge the loss in Bihar.