Dearth of teachers hampering 'medical college in every district' vision 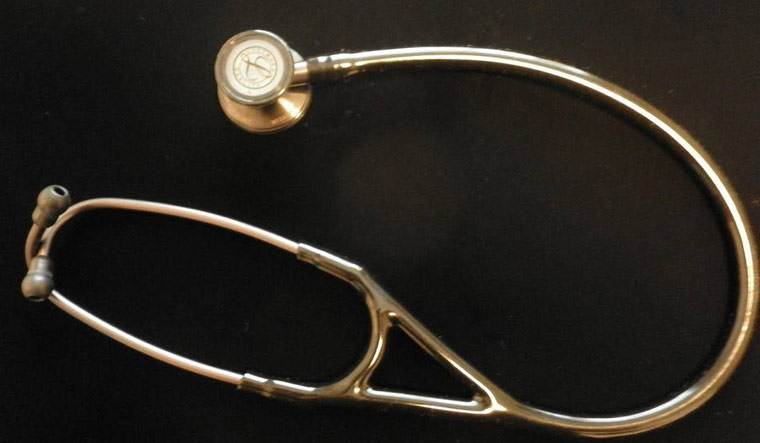 "The goal of having at least one medical college in every district and ensuring that medical education was within reach of everyone will result in the country getting a record number of doctors after 10 years,” said Prime Minister Narendra Modi on April 15, when he virtually launched a multi-speciality hospital in Gujarat's Bhuj. This goal was mentioned last year as well when the PM said work is being done to get an AIIMS in every state, taking it from six to a chain of 22.

Early on in 2018, the ministry of health and family welfare administered a scheme to set up new medical colleges attached with existing district/referral hospitals in under-served areas of the country. Under Phase-I of the scheme, 58 districts in 20 states/UT had been selected. Out of these, 56 colleges had been approved and a sum of Rs 5,188.42 crore was released. It was in line with one of the promises made by the BJP in the 2019 Lok Sabha elections manifesto—creation of an additional 10,000 MBBS seats.

Although well-intentioned and much-needed, given the rising cost of medical education in private colleges leading to the exodus of thousands of students to foreign universities, experts point out that numbers by itself will suffice in raising standards. "There will be a major dearth of teaching staff. Anyway, there is never 100 per cent recruitment of staff in government medical colleges," says Gajraj Singh Yadav, assistant professor of biochemistry at Raipur Institute of Medical Sciences.

"Especially in non-clinical courses like microbiology, physiology, anatomy, pathology, biochemistry. Graduating MBBS students hardly opt to study further and they do not chose these non-clinical courses which are often chosen by under-performing students," says Yadav, pointing out there are a limited number of MBBS students taking up teaching after graduation due to lack of financial incentives.

Pointing out the under-utilisation of resources, there is a need for a qualitative overhaul, says Dr Ravi Wankhedkar, treasurer of the World Medical Association, and former president of the IMA. "Setting up of medical colleges in each district is not easy. As such, severe staff deficiency is there in existing colleges, including newly set up AIIMS. Also, infrastructure upgrade of district hospitals to teaching hospitals is a big issue as colleges need separate buildings, hostels, and wards," says Wankhedkar, highlighting ways in which colleges might end up producing doctors of questionable quality.

"As such, many private colleges are becoming unviable and are hence on sale. The government, instead of trying to create new colleges, can take over existing private colleges by nationalising them. Increasing the seats is not the real answer—we have enough doctors to bridge the skewed ratio of urban and rural areas. Unemployment for doctors is a big issue in the southern states. Non-clinical seats are going vacant especially in private colleges. They are offering without donations," adds Wankhedkar.

Last year, some 6,000 non-clinical teachers from medical colleges protested after the medical education regulator reduced the permissible intake of non-medical faculty in colleges—from 30 per cent to 15 per cent in anatomy and physiology, from 50 per cent to 15 per cent in biochemistry, and from 30 per cent to 10 per cent in microbiology and pharmacology. The National MSc Medical Teachers Association (NMMTA) pleaded with the health ministry to reverse the order, fearing job loss. "Medicos pick up these subjects with great difficulty and a heavy heart. If the government increases the intake to 100 per cent, the country will easily get 20,000 to 25,000 doctors," says S.P. Singh, former head of the department of biochemistry in government medical college of Jhansi. Singh, who was once an advisor to the now retitled MCI, offers a solution: "Faculty from private colleges can also be roped in to teach in government colleges."