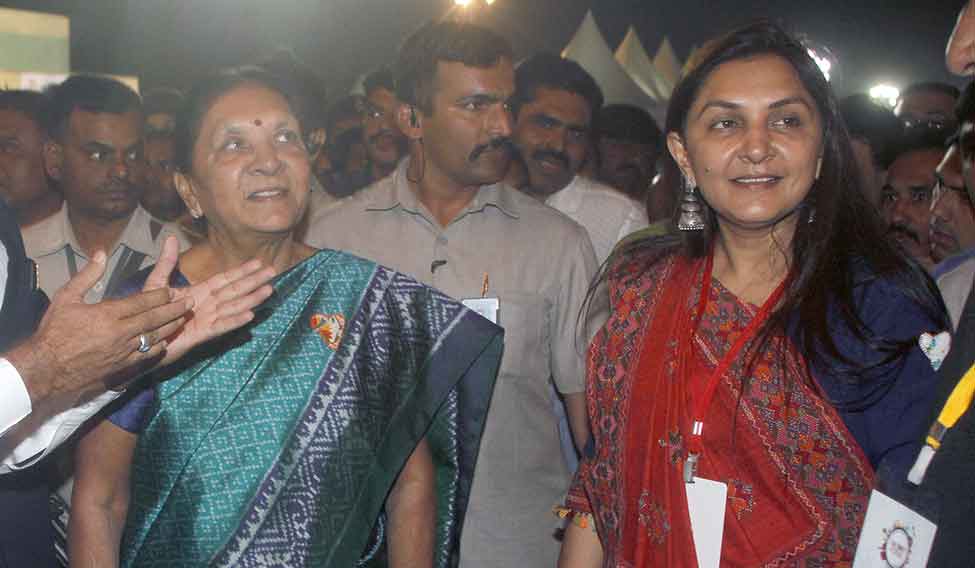 An entrepreneur, social worker and page 3 regular, Chief Minister Anandiben Patel's daughter, Anar Patel, is often seen at important events, but she has never been in the news for the wrong reasons—until the other day when it was revealed that Anar's business partners Dakshesh Shah and Amol Sheth, who are the current promoters of Wildwoods Resorts and Realties, got 250 acres of land near the Gir sanctuary at a discounted rate in 2010-11 for building resorts. At that time, Anandiben was revenue minister in the Narendra Modi government in the state.

The original promoter of Wildwoods is Sanjay Dhanak, a Dubai-based businessman. Shah was Dhanak’s partner when the land was allotted to them. Later, Shah and Sheth took control of the company. Shah holds 50 per cent stake in Anar's company, Anar Project. Besides, his firm Parshva Texchem, which co-owns Wildwoods, has a stake in Anar's Relish Pharmaceuticals. Anar is married to Jayesh Patel, son of Ishwarbhai Patel, a Gandhian who is known as the 'Toilet Man of India' for building public toilets. Interestingly, Anar's daughter, Sanskruti, recently got engaged to Shah's son.

The controversy over the land has put Anandiben in an awkward situation and the opposition Congress has demanded a Supreme Court-monitored probe by a special investigation team. “Anandiben must have known about Anar’s business connections. However, Modi might have been kept in the dark about it,” said former state Congress president Arjun Modhwadia.

The government said that the land had been allotted as per rules and that Anar did not hold any equity in the companies mentioned in the deal. However, questions remain: why did the government reduce the permissible limit for construction around the sanctuary from 2km to 1km? Also, why wasn't a tender floated for selling the land?

According to land rights activist Lalji Desai, the Maldharis—semi-nomadic herders who live within the Gir sanctuary—and the lions are the rightful owners of the land. “On the one hand, the government removed the Maldharis, who have been peacefully coexisting with the lions, and on the other hand, the land was given for construction,” he said.

Denying allegations, Anar wrote on Facebook: “I, Anar Patel, am neither a director nor a share holder in WWRRPL, Anil Infraplus and Parshvatexchem. I don't have anything with WWRRPL, anybody can check with government authority. Indeed, Daksheshbhai is my business partner but that doesn't mean that I am there in all his companies. He is a self-made businessman and is in business since last 22 years. We started a company named "Anar Projects" 7 years back with business interest in retails and services. We never took any favor from any government organization, we strictly followed all rules and regulations in all manners. It's disheartening that my individuality is attacked based on sheer assumptions. I believe in my moral strength not in anyone's favor.”

While the deal was done five years ago, the timing of the allegations is suspicious. The rivalry between Anandiben and BJP president Amit Shah is known. The grapevine is that “the leak” could be the handiwork of his aides to destabilise Anandiben's government ahead of the 2017 assembly elections. However, sources within the BJP said that since he had already got a second term as BJP president, Amit Shah was no longer interested in returning to Gujarat as chief minister.

Anar's company Relish Pharmaceuticals is also under the scanner after its stock price, which was around one rupee when Anandiben became the chief minister, rose to Rs100. On February 9, it was priced at Rs70. The details submitted to the Bombay Stock Exchange indicated that the company was not posting significant profits.