Mahadayi row: A tale of bitter Twitter war and scant political will 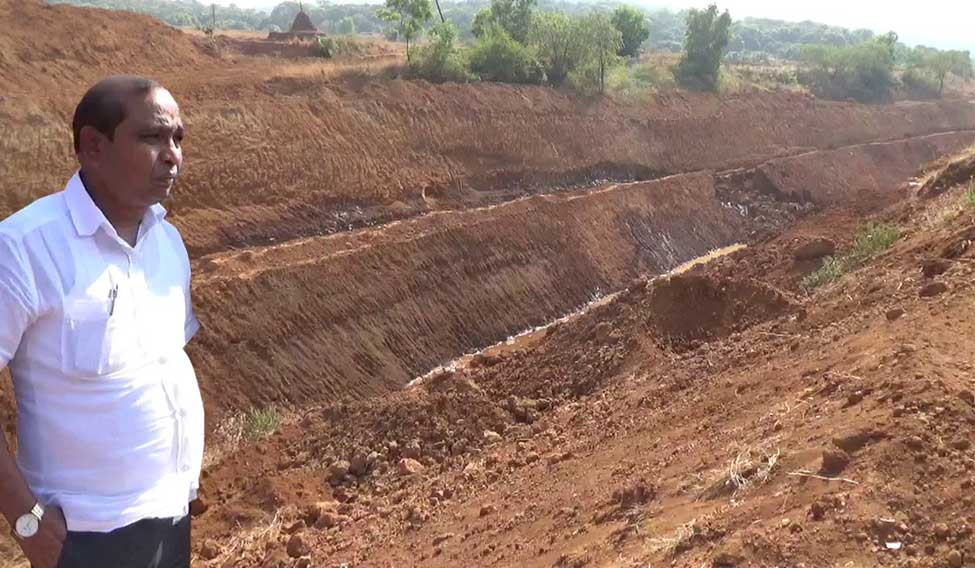 The twitter war that broke out over the Mahadayi controversy has turned ugly with the water resources ministers of Goa and Karnataka trading barbs and daring each other to brace up for a legal battle.

When the Mahadayi River Water Disputes Tribunal in Delhi begins its hearing on February 6, it will not only rake up the 30-year-old dispute between the two riparian states – Karnataka and Goa—but also set the tone for the upcoming Karnataka assembly polls. The two national parties—the ruling Congress and the BJP— who are indulging in a blamegame, stand guilty of having done little to resolve the dispute.

Goa Water Resources Minister Vinod Palyekar, who belongs to the Goa Forward Party,—one of the allies of the BJP government in Goa—has accused Karnataka of having violated the court orders and built canals to divert water from Mahadayi river to Malaprabha river basin.

Last Saturday, Palyekar, who rushed to the Kalasa-Banduri project site, alleged that Karnataka was constructing a canal on a tributary of the Mahadayi river in violation of court orders. “Karnataka is disrespecting a Supreme Court order by resuming work on a canal at Kankumbi,” said the minister, adding that the Goa government had photographs to prove that Karnataka had violated the court orders.

Palyekar, who inspected the Kalasa project site at Kankumbi in Karnataka's Belagavi district, claimed that Karnatka had violated the court orders and called the people of the state “harami”, prompting a public outcry. After his statement made headlines and caused a huge uproar in the state, the minister retracted his statement, blaming reporters for “misquoting” him. The BJP leaders in Karnataka too joined in condemning Palyekar as the Karnataka Congress blamed the BJP for escalating the Mahadayi issue with false assurances.

It may be recalled that BJP state president B.S. Yeddyurappa, who was on Parivarthana Rally (election rally), had dashed to Delhi to hold talks with Goa Chief Minister Manohar Parrikar, after sensing the mood of the people in north Karnataka region over the Mahadayi controversy.

In a hasty move, Yeddyurappa read out Parrikar's “letter of assurance”—in which the Goa CM agreed to consider Karnataka's plea for drinking water—to a huge gathering of Mahadayi agitators at Hubballi.

Soon after Yeddyurappa petitioned Parrikar, Palyekar tweeted saying “Our @Goaforwardparty & my WRD depts stand remains unchanged on #Mhadei. We are committed to protect our mother #Mhadei & protect each drop of water. We are committed to protect Goem Goem Goemkarponn to take #GoaForward.” Parrikar took a U-turn after his coalition parties in Goa objected to his goodwill gesture.

On Tuesday, Palyekar again launched a tirade against his Karnataka counterpart M.B. Patil who refuted all allegations. “WRD Minister @reachmbp says that they have not violated anything. Karnataka Govt have been habitual liars with regards to #Mahadayi issue. We will file contempt with photographic evidence,” tweeted Palyekar, who also asserted that Goa would not part with Mahadayi water.

An angry Patil hit back tweeting—“We don't have to learn how to protect our state's interest from you. We will not bend even if thousands like you take on us. Mahadayi is our right, not alms. Do not threaten us. We have done no wrong. Will get our rightful due.”

A few hours later, Palyekar accused Karnataka of bribing its witnesses. “Goa never paid for its witnesses. Our witnesses worked keeping in mind #GoemGoemkarGoemkarponn in #Mahadayi matter. Unlike Karnataka witness AK Gosain who had confessed in tribunal that he was paid 50k per day by Karnataka for being the witness & 5 lakhs to prepare report,” tweeted Palyekar, who also posted two-page document allegedly pertaining to the Karnataka government availing the services of A.K. Gosain of IIT-Delhi to study the “yield of Mahadayi” and to depose before the tribunal as an expert witness.

“The work of the Kalasa-Banduri canal has been stopped in August 2017, after the Karnataka government gave an undertaking to the tribunal to this effect,” argued Patil, who blamed the Karnataka BJP and Yeddyurappa for “escalating” the issue by their hasty assurances.

READ MORE: Farmers in north Karnataka are up in arms over the unresolved Mahadayi water dispute

Incidentally, the ruling Congress too has been shying away from negotiations as the party has been backing Goa since May 2007. The then Congress president Sonia Gandhi, while addressing an election rally at Margao, had assured the people of Goa that her party would not allow diversion of the Mahadayi waters. Chief Minister Siddaramaiah, who led an all-party delegation in 2015, has been insisting on Prime Minister Narendra Modi's intervention to end the deadlock, which people dub as a delay tactic.

On Tuesday, Goa filed a brief summary of arguments—running into 531 pages—containing a report on the alleged violations by Karnataka. Goa has challenged Karnataka's proposal to build 12 dams on Mahadayi river to divert the water to Malaprabha reservoir through Kalasa-Banduri canals, citing ecological reasons and the possibility of water shortage for drinking, irrigation and industry. However, Karnataka too filed its argument justifying its demand for 36 tmc of water which includes the 7.56 tmc of water proposed to be diverted through the Kalasa-Banduri canals to quench the thirst of at least three districts – Gadag, Belagavi and Dharwad.

Goa is hopeful of getting a favourable verdict before August 2018, when the extended term of the tribunal ends. The Karnataka farmers have been demanding out-of-court resolution of the Mahadayi dispute, alleging the proceedings of the tribunal (constituted in 2010) are painfully slow. But with the ball again in the tribunal's court, the farmers, who are on agitation for more than two years now, are distraught. On Monday, the farmers launched a political party—Jana Samanyara Paksha (translates to common man's party)—to fight for their cause. The party with “tractor” as its symbol, has decided to field candidates in all 224 constituencies in the upcoming assembly poll.

Your form could not be submitted.
This browser settings will not support to add bookmarks programmatically. Please press Ctrl+D or change settings to bookmark this page.
Topics : #Karnataka | #Siddaramaiah | #Manohar Parrikar | #Goa