According to sources, she wasn't wearing a seatbelt either 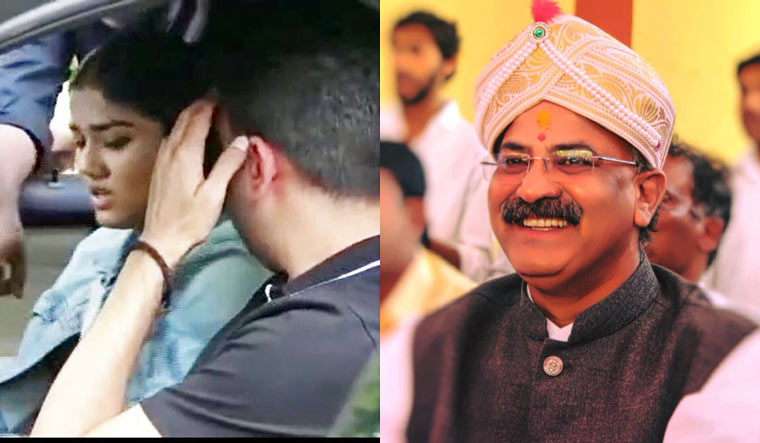 BJP MLA Aravind Nimbavali's daughter misbehaved with Bengaluru cops after she jumped a traffic signal on Thursday. She was in a BMW when she did not stop at a red light. The MLA's daughter also misbehaved with a local journalist and a cameraperson.

She argued with the police over the traffic rule violation. The cops showed her evidence and collected a fine of Rs 10,000. "I want to go now. Don't hold the car. You can't put a case on me for overtaking. This is MLA vehicle. We haven't driven rash. My father is Aravind Limbavali," she told the officer who stopped her vehicle.

According to sources, she wasn't wearing a seatbelt either. The cops reportedly ignored her when she told them who she was. A crowd gathered on the road in front of the Raj Bhavan, where she was stopped. She demanded that she be allowed to go home as she did not have the money to pay the fine. Eventually, her friend who was in the car with her paid the fine.