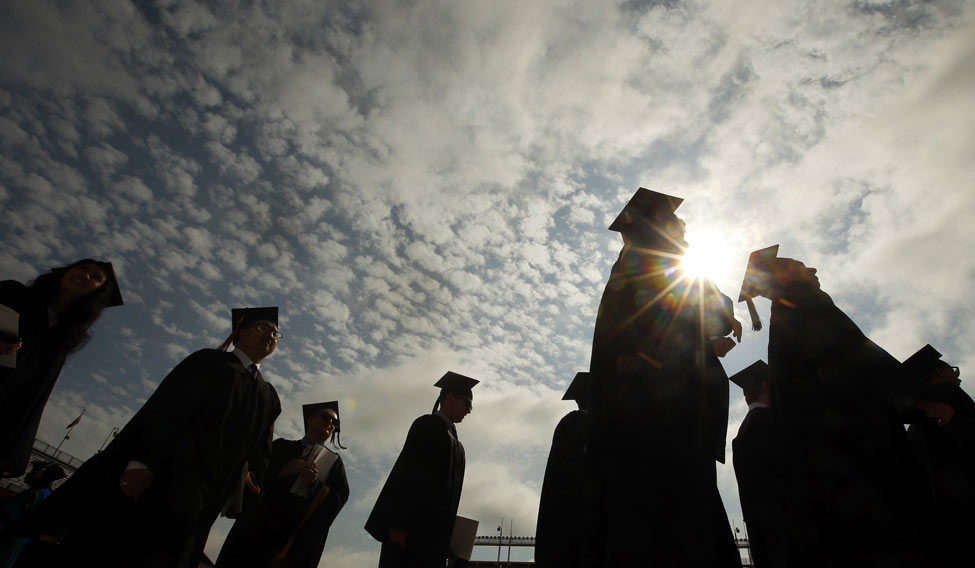 Gross Enrolment Ratio (GER), one of the key metrics that determines growth of higher education in the country has grown from 19.4 per cent in 2010-11 to 25.2 per cent in 2016-17, according to HRD ministry's latest All India Survey on Higher Education (AISHE). The government plans to achieve a GER of 30 per cent by 2022. Gross Enrolment Ratio is the ratio of enrolment in higher education to population in the age group of 18-23 years.

Gender Parity Index (GPI), a ratio of proportional representation of female and male, has improved from 0.86 to 0.94 to the corresponding period. Expressing concern over fewer number of girls in IITs, HRD minister Prakash Javadekar said that the government has decided to introduce supernumerary seats in IITs. "The plan is to have 20 per cent girls in IITs by 2022", said the minister.

College density, that is the number of colleges per lakh eligible population stands at 28. However, it is lowest in states such as Bihar, Jharkhand and West Bengal. The college density is highest in Puducherry, Telangana and Karnataka.

Highest number of students have graduated in arts courses, followed by BSc and BCom. The report also says that there are 47,575 foreign students from 162 countries in Indian campuses.

The minister said that the data from AISHE will be helpful in designing programmes and policies for higher education. He also outlined some of government's recent initiatives in higher education such as Institutions of Eminence, passage of IIM bill which gives more autonomy to IIMs and programmes such as IMPRINT and GIAN. As many as 700 professors from 58 countries have delivered lectures at Indian universities under the GIAN scheme.

In the AISHE 2016-17, efforts have been made for the first time to collect the details of teachers to be used in the portal 'Gurujan’ specifically dedicated to teacher information. The portal is in the process of development.

Out of 15 lakh teachers, more than 12.5 lakh teachers have shared their Aadhaar details for seeding. There have also been instances of duplication of names in several colleges—70,000-80,000 such names are being probed, the minister said.

Your form could not be submitted.
This browser settings will not support to add bookmarks programmatically. Please press Ctrl+D or change settings to bookmark this page.
Topics : #education