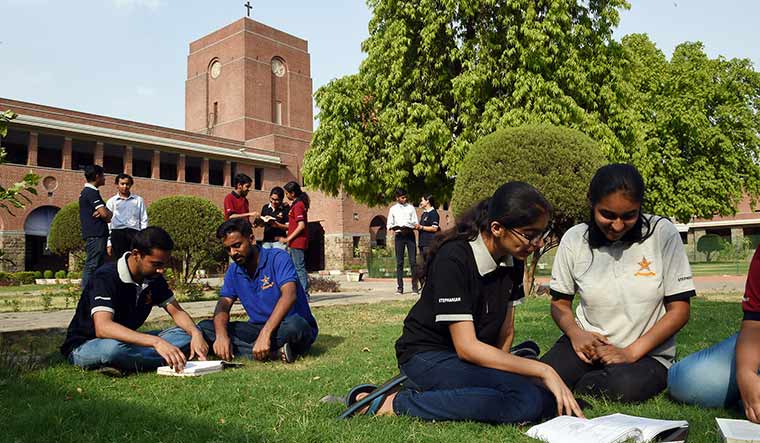 JUST WHEN THE STANDOFF between Delhi University and St Stephen’s College over Common University Entrance Test (CUET) started heating up, the esteemed college got a shot in the arm with a superlative performance of its students in the civil services examinations. Three students from the college are among the top 10.

Founded in 1881, St Stephen’s is the oldest college in Delhi. First affiliated to Calcutta University, and then to Punjab University, it eventually attached itself to Delhi University and became one of its three original constituent colleges. A top choice among high-performing students, it elicits an Oxbridge kind of reverence in India, and is known to produce civil servants of the highest repute and leaders in the upper echelons of technocracy.

St Stephen’s is also the only college under Delhi University that holds interviews as part of its admission process. A time-honoured tradition, the college is now fighting to “retain its stellar, tried, and trusted interview process”, as noted last week by principal John Varghese in a letter written to Delhi University, which insisted that it does away with interviews for its general category students in light of the introduction of CUET—a difficult proposition for an institution that spots merit through other means than marks.

Likely to be held in the first week of July, the single entrance exam is set to replace existing college admission procedures—which include weightage to class 12 marks, individual entrance tests, cut-off lists and interviews—with one sole determining factor—the CUET score.

CUET-UG, funded by the University Grants Commission, is mandatory for all Central universities like Delhi University and Jawaharlal Nehru University, with several other institutions like the Tata Institute of Social Sciences also participating. CUET is being implemented in pursuance with the larger vision of the National Education Policy, 2020, which seeks to improve access, options and learning outcomes in the Indian education system. While preparations for the first edition of CUET is generating several anxious questions among class 12 students, the current stand-off between Delhi University and St Stephen’s college is emblematic of the larger debate around the college entrance exam itself.

Back in 2001, Pranav Karol was a wide-eyed teenager from Chandigarh. He was about to appear for an interview at St Stephen’s College. His name had appeared on the merit list for BSc (Hons) in mathematics under the general category, after he scored 84 per cent in his CBSE board exams at Vivek High School. This was not the time when even a 99 per cent aggregate would engender anxiety while applying to the top colleges of Delhi University. At the interview Karol is asked the regulation theorems and formulas for solving sums on the spot. “Towards the end, one of the interviewers suddenly asked me, ‘So what’s going on outside this room?’ I said, ‘They are only discussing the three of you. They are saying that the lady in the room is asking gentle questions while the men are asking stern ones’,” says Karol in his impish way. The interviewers start laughing. Karol graduated in 2004 and today is a marketing professional in a watchmaking company.

Karol often wonders if it was his answer to that last question that clinched the deal and got him an entry into his dream college. “I find it hard to believe that from this year onwards, an all-India test score will be the sole determinant for admissions in colleges,” says Karol who lives and works in Delhi.

“Nowhere in the world great colleges or institutions give you admissions just on the basis of your marks or your grades. Of course they want to assess you on several different parameters, your personality, your communication skills. That’s the same for a job or a UPSC exam where you have to cross group discussions and interviews,” says Karol. 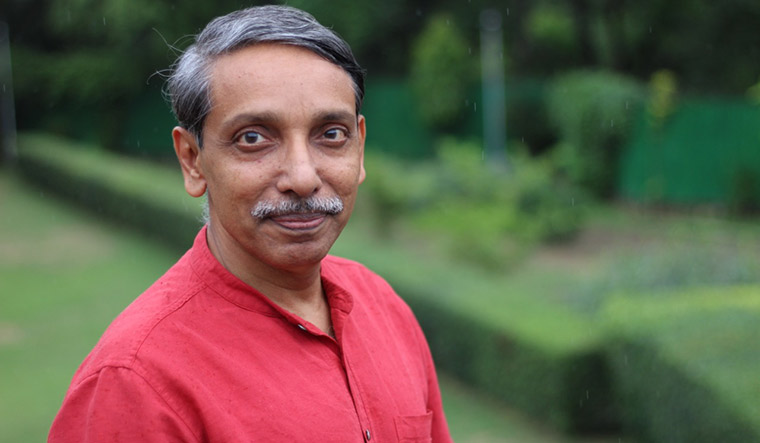 In its undergraduate admissions circular this year, St Stephen’s noted that admissions “will be based on 85 per cent of the CUET score and 15 per cent of the interview score for all categories of applicants.” St. Stephen’s is a Christian minority educational institution where during admissions, according to the Constitution, they can have up to 50 per cent reservations for students of their respective community. While Delhi University has allowed the college to conduct admissions on the basis of the combined merit of 85 per cent weightage to CUET scores and 15 per cent to interviews for minority candidates, it wants the rest 50 per cent of the open seats to be solely filled on the basis of the CUET score. Not doing so is a “clear violation of the admission policies approved by the statutory bodies of the University of Delhi” and “any admission done in violation of the admission norms and policies of the University… shall not be recognised and… treated as null and void for all purposes,” says Vikas Gupta, registrar of University of Delhi, in a letter to Varghese, dated May 24.

On May 31, the Delhi High Court issued a notice on a PIL filed by a law student that challenges the decision of the college to conduct interviews for general category students as it introduces an element of “subjectivity” and gives enough room for “discrimination and manipulation.” The case Konika Poddar V. St Stephen’s College & Others is set to be heard on July 6.

Romy Chacko, the advocate representing St Stephen’s College, says the Supreme Court had considered a similar challenge in 1992 when a DU circular directed St Stephen’s to admit students solely on the basis of marks acquired in the college-going exams. Those exams are now replaced by CUET, Chacko says, adding that the judgment in the St Stephen’s College V. University of Delhi case clearly favoured the college. It was later upheld by an 11-member bench in 2002. It stated that as a minority-run institution, the college is not bound by the University of Delhi’s circulars in matters pertaining to its jurisdiction, as it will not align with its distinctive structure and character. “How does a new exam like CUET take away the right of St Stephen’s to hold interviews for general category candidates? Has the Supreme Court said so? The performance of the Stephanians in the recent UPSC examination justifies the autonomy conceded to St Stephen’s by the Supreme Court,” says Chacko.

But, at the heart of the tussle lie several simple questions. How effectively will CUET manage the intense competition for the limited seats in top colleges of Central universities? What is the most fool-proof way to filter candidates entering colleges? How much more emphasis are we going to assign to marks and scores, whether they come from a board exam or an all-India test? Is there such a thing as good subjectivity? “CUET is a pro-student approach. In this online, MCQ test, human-related bias will be zero. A machine-evaluated score is a highly scientific method,” says UGC Chairman M. Jagadesh Kumar who in an earlier interview to THE WEEK made a case for CUET opening up opportunities for students from every corner of the country to try their luck in a top-ranked college.

Rakesh Sood, former Indian diplomat and distinguished fellow at ORF, studied BSc (Hons) in physics at St Stephen’s in the late 1960s. Interviews in the college were mostly a formality back then. Now with the exponential rise in the number of eligible applicants, CUET does not seem like a gamechanger, he says. Sood recommends rationalisation of school boards instead or figuring out ways to offer more seats. “The current problem is because there is a mismatch between demand and supply. Introducing a test does not lead to additional seats. What is to say that this will not have as many subjective elements built into it as any other test. You are not addressing the real problem,” says Sood.