NMC does not recognise medical degrees done only by online mode 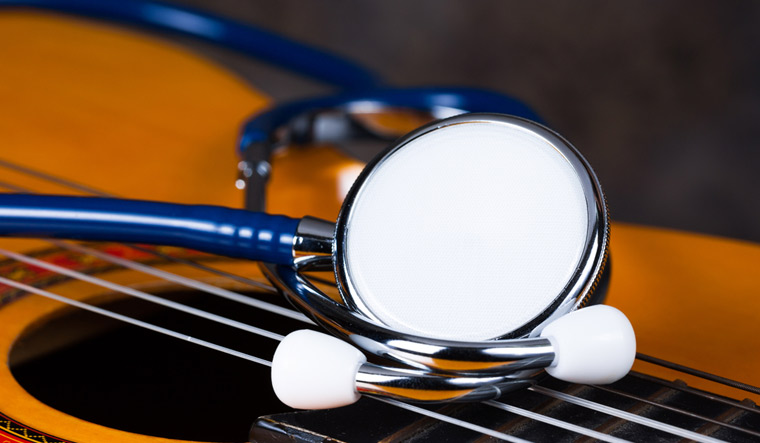 Nivedita Naik from Dharwad in Karnataka feels like she is racing against time. A fourth year MBBS student at Jiangsu University in Zhenjiang, China, the 22-year-old has completed two years of her coursework online in India.

Stranded in India since early 2020 when China imposed the strictest "zero Covid-19" policy to control spread of the disease, leading to barring of foreign students from entering the country, she is now worried about her degree being invalidated by the National Medical Commission in India. "It is well known that the National Medical Commission (NMC) does not recognise medical degrees done only by online mode. I have done two years of online study and I have heard from others that the NMC may not approve even one year of online study. Just look at what is happening in Kerala and Tamil Nadu," says Naik, referring to refusal of Kerala Medical Council (KMC) to give provisional registration certificates to students from Chinese universities.

These certificates are required for practical and clinical training in India after the completion of an MBBS course. Even the ones who cleared the Foreign Medical Graduate Exams (FMGE) to be eligible for internships in India have not been given the registration certificate because KMC does not consider online practicals to be valid. "I want the Chinese embassy to fast-track our request to return to China to resume our coursework in the offline mode. I don't want to suffer like my seniors who are now looking at different states to complete their internship. That is a very long and painful process," says Naik who filled a Google form last month to give details of her admission date to the Chinese embassy in India, following up on assurances to allow "some" Indian students to return.

"China is ready to receive some Indian students under the current, complicated, severe epidemic situation," said Chinese foreign ministry spokesman, Zhao Lijian, at a media briefing in Beijing in the last week of April.

On June 13, the Chinese embassy in India updated its visa policy to allow Indian professionals and their families to resume "work and production in all fields," making way to lift visa restrictions that have been in place since the start of the pandemic in early 2020. But Indian students are not mentioned in this notification.

While the Embassy staff has already begun the process of acquiring the list of Indian students who need to go back on a priority basis, some of the stranded students fear that time is running out for them. The more time spent studying online, greater is the fear of endangering a hassle-free registration in India for internships or getting the license for practice and training. Several Chinese universities, like the one Naik is enrolled in, also take graduation exams in the offline mode to offer final degrees.

The most-affected Indian students from the visa ban have been those who had enrolled in medical colleges in the year 2018 and 2019. They are in the fourth and third year of their medical degree, respectively. The clinical work or the practical lectures in hospitals mostly begin in the fourth year in Chinese medical universities, unlike in India where they start in the second year itself.

Chanak Bansal from Capital Medical University in Beijing is in the middle of her third year, second semester. Her fourth year will start in September. "If the fourth year students can get to go right now, it will be easier for them catch up on the lost hours of practical work. It will be more streamlined. Most fifth year students are doing their internships in India after clearing their FMGE, so they don't have to worry,"says Bansal.

"If the Indian government allows us to continue in the medical colleges available in India, then it wouldn't be a problem," says Bansal who has made inquires in the PMO portal, e-mailed the chief minister of Delhi, and personally visited the offices of NMC to get more information on how soon she can go back to China and resume her practical work without which her degree will not make sense.

"I am just stuck with online education for now. I have no option but to wait."