CUET: Bane, or beacon of hope for students?

A new, countrywide college entrance test has Class 12 students across India on edge 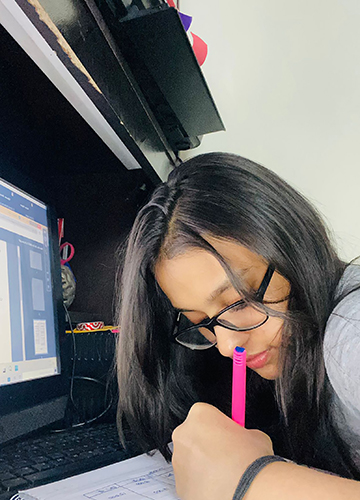 At the Pariksha Pe Charcha held in Delhi on April 1, Prime Minister Narendra Modi fielded an interesting question from Hari Om Mishra, a Class 12 student of Cambridge School in Noida. Mishra said he had his concerns regarding the Common University Entrance Test (CUET), which has been made mandatory for admission to all central universities in India. “What should we focus on,” he asked the prime minister, “board exams or CUET?”

Modi, who had earlier encouraged students to think of exams as a “festival”, responded by invoking the image of a khiladi (athlete) who must compete at various levels—from the tehsil and the district to the national and the international arena. Competition, he said, was one of life’s greatest gifts. “What is life without it? We should welcome competition in our lives,” he said to a round of applause.

The words, however, are unlikely to assuage Ujjala Bhattacharya’s anxieties regarding CUET. A Class 12 commerce student at Delhi Public School in Noida, Bhattacharya has been attending CUET coaching classes thrice a week. This is in addition to the regular tuition in maths, commerce and economics—her “domain subjects”, in CUET parlance—that she attends every day. She tops her rigorous routine with late-night, self-study sessions to prepare for board and pre-board exams. “My life would have been easier if I didn’t have to prepare for CUET as well,” said Bhattacharya.

She said all her classmates were attending CUET coaching sessions because the test syllabus included sections like mental ability, general knowledge and quantitative reasoning. Commerce and humanities students did not have to tackle these earlier. The challenge for the students is to not only prepare for CUET, but to score high marks in board exams as well.

“I can’t risk ignoring my Class 12 exams, even if CUET scores determine admission,” said Bhattacharya. “Do you really think the top colleges affiliated to Delhi University will not internally judge you if you get only average marks in school? Between two CUET high-scorers, who would they choose?”

CUET is an online entrance exam for admission to 45 central universities, such as Jawaharlal Nehru University and Delhi University, apart from several other institutions like the Tata Institute of Social Sciences. The inception of CUET, which will be held in the first week of July, will drastically change the admission process related to undergraduate courses in India’s top colleges. No longer will the colleges be able to lay down cut-off barriers such as scores ranging from the 98th to 100th percentile. Students affiliated to examination boards that usually award high marks to Class 12 students will not have an unfair advantage. The idea is to give a level playing field in the form of a milestone exam to students from across the country.

In 2019-20, 12.7 million students in India enrolled in Class 12. It means that CUET is set to surpass China’s mandatory National College Entrance Examination (popularly known as Gaokao) as the world’s largest college entrance exam. Last year, 10.78 million students appeared for Gaokao, which is required for entrance into almost all higher education institutions at the undergraduate level in China. This year, CUET is expected to surpass that figure.

“The competition and stress have only doubled,” said Bhattacharya. “My classmates and I often call ourselves lab rats because all the newest education policy experiments are tried on us first. I wonder how students who can’t afford coaching classes are preparing for CUET.”

This academic year will be particularly difficult for the outgoing batch of Class 12 students. Worn down by the two-year-long pandemic-related restrictions that has not really ended, they will now have to take consequential academic exams in peak summer. With board exams in April-May and CUET in July, the students will have to quickly adapt to new changes. 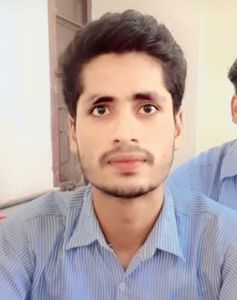 CUET is divided into three sections. The first will test language skills in 45 minutes. The second section will have students opting for at least three or a maximum of six domain subjects from a list of 27. Tests based on the subjects will take up 45 minutes each. The third section, which colleges have the option to do without, will test aptitude and general knowledge.

Some universities, such as DU, have been holding webinars to clarify doubts regarding admission and registration process for CUET. “The colleges will be doing what they have been doing all this while: choose students on the basis of three or four subjects tested. Only, the aggregate will come from CUET and not board exams,” said Amit Singh, professor at Ambedkar University, which is part of CUET.

Singh said that, under CUET, even those who did not have the opportunity to go to a reputable school stand a chance enrol in a good college. “If you can find ways to prepare for the test well, you stand a chance to find a good college,” he said. “But competition will be high because seats are limited. And the reference material is mostly from NCERT (National Council of Educational Research and Training) books. Not all boards, like ISC (Indian School Certificate) and state boards in Madhya Pradesh, Uttar Pradesh, Kerala and Andhra Pradesh, follow NCERT books. Students there might have trouble preparing for the exam.”

Does it mean that the boards that do not follow NCERT curriculum have to eventually align their higher secondary syllabus with what CUET demands? “They have to [do it],” said Lucknow-based educationist Sunita Gandhi. “You have to really bridge the gap between NCERT and other boards. It’s a clear indication of direction.”

According to Gandhi, CUET poses some urgent problems related to equity. “The timing of CUET could have been a lot better,” she said. “There is no rush to change the system. The school kids have just come out of the Covid period with a lot of uncertainty. And [CUET] adds to it. There is not enough preparation time, especially because it will be held right after the board exams.”

For some students, though, CUET is a beacon of hope. Saleem Ahmed, a humanities student at Sarvodaya Bal Vidyalaya in Nithari, Delhi, said he wanted to study either Hindi or history at DU. Ahmed is now cramming for CUET and board exams without attending tuition. “I am good at my studies, so I will manage. Earlier, so many students from our school could not get the required marks to enrol in good DU colleges. I have told them that we should study hard and prepare well for CUET,” he said. “This time, they will make it.”