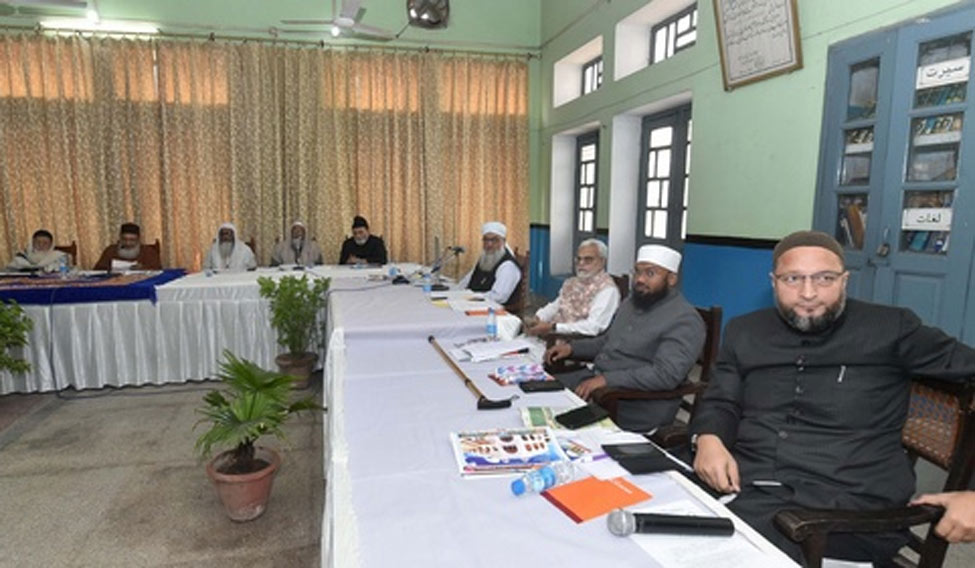 Though the All India Muslim Personal Law Board (AIMPLB) has opposed the introduction of the bill to decriminalise triple talaq in Parliament, Muslim clerics and leaders are divided over the issue.

The division was clear in a working committee meeting of the AIMPLB held in Nadwa College, Lucknow, recently as only little more than one-third of its members attended the meeting. The working committee has a strength of 51 members but only 19 members turned up there.

One member of the board, Maulana Salman Nadvi, said the low participation of members is not an issue, because the meeting was convened hurriedly, so many members failed to turn up. But this argument does not hold much ground because there were 32 absentees, which included many influential Muslim leaders like vice president of the board Maulana Kalbe Sadiq and an influential Muslim leader, Khalid Rashid Firangi Mehli.

The secretary of the board and a prominent lawyer, Zafaryab Jeelani, said that the proposed bill on triple talaq has a provision for fine also and the board is of the opinion that amount of fine should reach 'divorced woman' but the bill does not have any such provision.

Dr Asma Jehra, head of the women cell of AIMPLB, said that bill has ignored the interests of Muslim women completely and there will be many practical problems in its implementation.

The board decided that its president, Maulana Rabe Hasan Nadvi, will meet Prime Minister Narendra Modi and would urge him to withdraw the bill after apprising him of the sentiments of the Muslim community.

Though the working committee opposed the bill, the very low participation of its members in the meeting raises many questions.

First, many members did not want to toe the line of the board, so they had decided to stay away from the meeting. One of the board members, requesting anonymity, said that there are many Muslim leaders who do not support the board's stand and practically the board is divided at present.

Another prominent Muslim leader, Maulana Shahbuddin Rizvi said many Muslim leaders are supporting the stand of the government, while many are opposing it; in such a situation, the primary need is that complete unanimity should be developed among the board members, he noted.

The board has also been facing opposition from Muslim women.

Shaista Amber, head of the All India Women Muslim Personal Law Board (AIWMPLB), said that the government should beware of the intentions of the AIMPLB and it should not tolerate the influence of AIMPLB in making the law. “Those who were in favour of triple talaq are now opposing the bill after it was introduced in Parliament and it has provision for punishment,” she noted.

Tahira Hasan, a social worker from Lucknow, said Muslim women are urging the government not to include AIMPLB in the process of making law on the issue of triple talaq at any stage because the board has always been in favour of triple talaq.

Your form could not be submitted.
This browser settings will not support to add bookmarks programmatically. Please press Ctrl+D or change settings to bookmark this page.
Topics : #AIMPLB | #Triple Talaq | #Muslim | #Gender equality