Musings in glass: Displaying the works of Miksa Roth 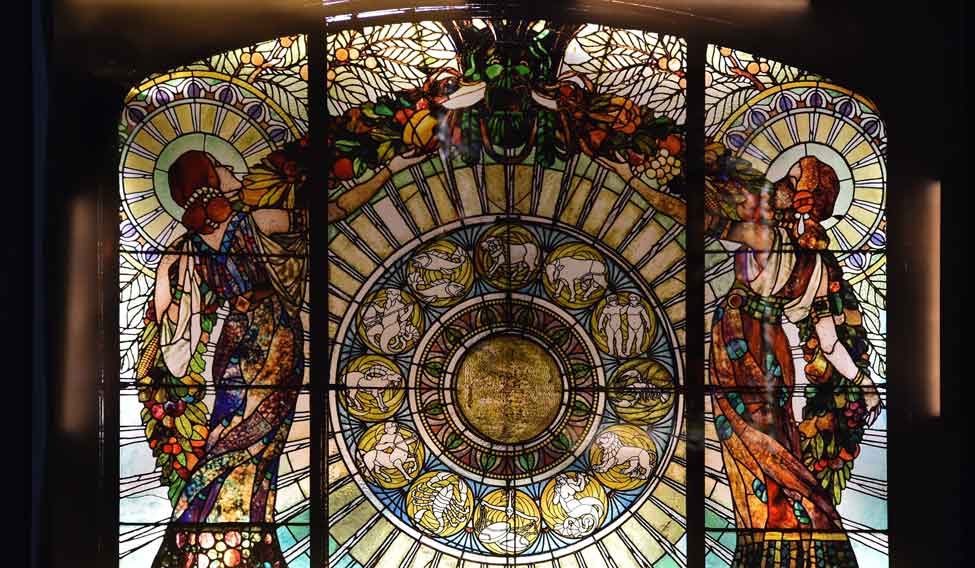 It started off with an aim to revive glass and mosiac art. However, at that time, Hungarian artist Miksa Roth could have never imagined that his works were one of a kind; that they would not just deck up the streets and buildings in Hungary for centuries, but also travel around the world. Embassy of Hungary with Hungarian Information and Cultural Centre recently brought forth the works of eminent Hungarian artist Miksa Roth in an exhibition Colour Drenched Sunshine, showcasing his replicated stained glass works.

Describing the exhibition and reason for showcasing Roth's works, Harleen Ahluwalia, senior public relations and marketing officer, Hungarian Information and Cultural Centre, says, “The artworks of Roth showcased in the exhibition are prints. We are trying to replicate his stained glass works. We can't bring his original works in here because they are part of churches and religious places and even the Hungarian parliament. We are also trying to conceptualise how stained glass form in Hungary became popular. The aim of bringing this in India is to help people understand how it looks. We are trying to showcase how his works still exist in the original form.”

Some of the showcases in the exhibition include the designs of what he had put on the windows in the form of pictures of Christ (in the churches), a man and woman on horseback (kisfaludy window), lillies, zodiac signs (the glass window of the Windbreak door of the former Ledever Palace) and peacock (in the Hall of Alphar Mansion), to name a few. In order to give these prints real life feeling as that of a stained glass, a glass has been added to them and these have been illuminated with the help of the lights that are placed behind the glass.

Roth's discovery in this art form began in the beginning of the 20th century, when he started a workshop in order to revive glass and mosaic art in Hungary. Later, he founded his own business in 1885, after learning the craft at his father’s workshop. He also studied medieval works of stained glass in England, France and Germany. In 1885, he started his workshop and soon started receiving many orders since the construction work happening in Budapest was at it's peak.

Apart from this, he has decorated building meant for administrative purposes, churches, cafes, private homes or blocks of luxury flats and then went on to show his finesse in Hungarian Parliament and the venetrated Chapel of the Holy Right Hand of St Stephen, located in the Royal Palace. Abroad, his works can be viewed in Hungary's Gallery of Art in Venice as well as in the Palace of Culture located in Targu Mures, Romania. His workshop was also commissioned to create the glass ceiling of Mexico's National Theatre, designed by the architect Geza Maroti in 1910.

However, his artist career turned tragic following the outbreak of Second World War and forced by the 1939 Anti-Jewish Laws, his workshop was closed.

Your form could not be submitted.
This browser settings will not support to add bookmarks programmatically. Please press Ctrl+D or change settings to bookmark this page.
Topics : #Weekend Reads