After the terrible shooting in Paris at the office of the satirical magazine Charlie Hebdo, in which 12 people were murdered, it is easy enough to conclude that religious faith causes many of the world’s troubles. But just as we must stand against jihadist extremism in support of freedom of expression, so too must we hold the line in defence of religion itself, with all its ancient and complex traditions. Religion can mutate into a violent and deranged form, but so too can it provide human solace.

Last year began and ended for me with the spiritual. I spent the first days of 2014 in one of the most intense cities in the world, Jerusalem. Until I went there, I had not appreciated how close its different sites of religious passion―Jewish, Muslim and Christian―are to one another. In some places, they are physically on top of each other. Above the most sacred site in Judaism, the Western Wall, is the Al-Aqsa Mosque, one of Islam’s most important places. Beneath the Western Wall are tunnels that thread their way through the rock under Jerusalem. When I exited at the far end of them after an underground walk of perhaps half a mile, I found I was at the start of the Via Dolorosa, the place where Christ carried the cross to his own crucifixion. 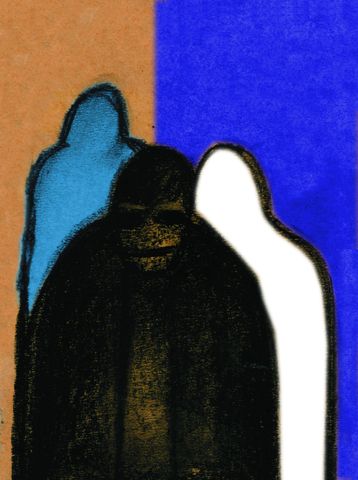 At the nearby town of Bethlehem, followers of the Coptic tradition were celebrating their Christmas, which takes place in early January. The different sects were making processions. And although they certainly did not look friendly towards each other, these rival Christian believers had to occupy the same physical space as they entered the Church of the Nativity. The Ethiopians bore parasols and a solid gold cross; Armenian clerics were accompanied by grim sacristans; Catholic priests carried incense and sang prayers; and the Coptic patriarch was preceded by a hereditary Muslim guard who banged a staff on the ground as he walked as a sign of respect. For me, it was a sign―for all the conflicts between rival sects and between different religious traditions, it was still possible to reach some form of accommodation.

At the tail end of 2014, I found myself in Delhi at the Shia Muslim dargah and grounds known as Karbala Aliganj. Because of a property dispute over some of the land there and restrictions issued by the Delhi High Court, ‘Masoom ka tazia’ processions had been banned. At the approach to the shrine, lines of police in khaki uniforms stood by barricades in anticipation of trouble. But when I had made my way inside the site that evening, what was most surprising was the atmosphere of calm. Children swung from the bars inside a play park and chased each other around the garden. Members of the public watched a cleric giving a sermon on a large video screen. Others stood around and talked, glad for an outing and a chance to meet family and friends, and ate snacks and drank hot tea. Up at the graves, people lit candles and placed them on the earth with a sense of deep ritual devotion. Others huddled around small fires, protecting themselves against the cold of the Delhi winter.

This is what religion is for the vast majority of people―a sense of kinship and a way to meet and communicate, and it cannot be bleached out of everyday life. If we are to challenge the narrative of events in France and the awful message the killers intended to send to the world, it must be by endorsing a larger vision of faith. Whatever your religion, and whether it is of huge or minor importance in your life, it is your right to pursue a spiritual path that is not conditioned by those who seek to distort it.

Your form could not be submitted.
This browser settings will not support to add bookmarks programmatically. Please press Ctrl+D or change settings to bookmark this page.
Topics : #Last Word | #Charlie Hebdo