The outcome of Prime Minister Narendra Modi’s visits to China, Mongolia and South Korea has reminded us once again that his string of diplomatic visits are perhaps the most visible set of achievements of his government’s first year in office. And though it can be argued that his much-trumpeted visit to China was great on optics with business deals worth billions, it had no breakthrough on the boundary issue. But it could also be argued that instead of being bogged down by the baggage of the past, Modi decided to improve relations first by focusing on trade and investments, and not the boundary per se, since neither side is willing to make any concessions there as yet.

In fact, over the past year, Modi has projected a 'can do' image about himself and India, whether it was his kick-start to the moribund Indo-US nuclear deal or the decision to buy 36 Rafale fighter aircraft that put an end to three years of inactivity on that deal. The world now sees Modi as the man who is willing to move on with out-of-the-box solutions. In fact, in the tradition of other world leaders today―Barack Obama, Xi Jinping, David Cameron and Angela Merkel―Modi, too, is unabashedly selling India as an investment destination, almost on a war-footing. Simultaneously, he is targeting a doubling of Indian exports from the current $465 billion to $900 billion in five years. 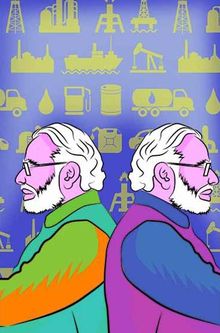 However, it is not only business deals that Modi is targeting, but he is also addressing India’s security concerns, which were ignored by the earlier UPA regimes. And as India took a back seat in the discourse of its neighbours, China steadily increased its footprints in Myanmar, Sri Lanka and the Maldives, not to forget Bangladesh and Nepal. But by inviting SAARC heads of governments to Delhi for his swearing-in and then topping it up with visits to Nepal and Sri Lanka, Modi has, at least for the moment, stalled the Chinese in those countries, except in Pakistan, where the Chinese have continued to go from strength to strength, and have now committed $46 billion in investment.

On the face of it, China’s move, as an investor in a country that few others would risk their money in, defies explanation. But then, Beijing wishes to use Pakistan as a strategic counterweight to India. China has supplied Pakistan with weapons and nuclear technology for decades, and will now build an economic corridor that will run from north of Kashmir to the port of Gwadar. This makes China also a party to the Kashmir dispute. Strangely enough, despite the predictable behaviour of Pakistan towards India, the inability of Modi’s team to come up with a consistent policy towards Pakistan and one that would be different from the flip-flops of the UPA (like the Yes-No to talks and the role of the Hurriyat) has been its single biggest diplomatic failure.

But Pakistan apart, can Modi’s team live up to the expectations? Many of his foreign policy initiatives could be stymied, like that of all previous governments, by two factors. One, that there is no institutionalised process of policy making and nor is there a culture of seeking intellectual inputs from sources outside the government. So you are told what you wish to hear! The other is that India’s foreign service is minuscule, and as small as that of Singapore. But there is a reluctance to take in talent from outside the service (as is the case with other services like the IPS). Thus, many good initiatives will never be followed up for want of staff or capacity! Modi would, therefore, do well to address these two issues; otherwise all his promises made abroad, could soon begin to ring hollow.

Your form could not be submitted.
This browser settings will not support to add bookmarks programmatically. Please press Ctrl+D or change settings to bookmark this page.
Topics : #Hawk Eye | #opinion | #Narendra Modi