It is believed that most nations come together either for improving the life of people with economic growth or to counter an external enemy or an aggressor. Pakistan’s establishment has always diverted precious resources towards increasing its military capabilities, citing the possibility of an Indian invasion and ignoring the real challenges within the country. And, the most recent example of this ‘Indian obsession’ was the confirmation by a recent report of the Bulletin of Atomic Scientists, which says that Pakistan will have the fifth largest nuclear weapon stockpile by 2025—with 250 warheads, more than double its current stock.

The report came just a day after Pakistan’s foreign secretary acknowledged that it had “low-yield, tactical nuclear weapons” to “deter” a possible attack from India. But, it was not accidental that the statement coincided with Pakistan Prime Minister Nawaz Sharif's visit to the US. It was obviously meant to leverage Pakistan’s bid for nuclear parity with India, since the restrictions on nuclear trade for India were waived by the Nuclear Suppliers Group with American support. But, unlike India, Pakistan is still seen by the world as an irresponsible nation. And a major concern for the western countries is the periodic nuclear sabre-rattling by Pakistani ministers.

Pakistan’s policy of employing tactical nuclear weapons (for use in battlefields) came into being after the Indian armed forces adopted a new war-fighting doctrine dubbed 'Cold Start', after the many weeks it took for India to place its forces on the Indo-Pak border, following the attack on Parliament in December 2001. It was by then too late to punish Pakistan for the attack on Parliament, as the US moved quickly to prevent matters from escalating. India thus devised a new strategy to inflict punishment on Pakistan in the event of a major terror attack, with a series of cross-border lightning strikes within 24 hours. 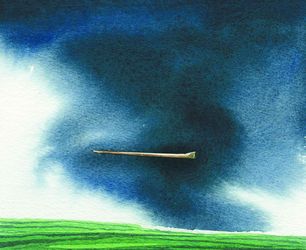 Currently, India and Pakistan have comparable nuclear weapon stockpiles of about 100 to 120 bombs each. Pakistan’s desperation to increase its stock is based on two premises. First, to be seen militarily superior to India (although more nuclear weapons do not guarantee a military victory since these weapons are for deterrence). Second, to have a larger stock to distribute to its units along the Indo-Pak border. But this could be more dangerous, as a hot-headed battlefield commander could trigger a nuclear exchange that could quickly escalate beyond control.

India has made it clear that if nuclear weapons were ever used against India, it will “engage in nuclear retaliation which is massive and designed to inflict unacceptable damage on its adversary.” For that, India has enough strategic delivery systems, with long-range bombers and massive second strike capability (the key to an effective response) of ballistic and cruise missiles to be fired from hard-to-detect nuclear submarines and subsurface vessels. For this, Pakistan has no counter.

And, even though Pakistan has adopted a war-fighting doctrine that does not preclude nuking its own territory in the event of an Indian incursion—a dubious first in the annals of deterrence theory—it is an assumption that is contestable. As an Indian attack on Pakistan would only be in retaliation against another major terrorist attack, and not as an act of aggression, Pakistan's stated goal is to protect its heartland, Punjab, which could be the target of a major Indian attack. It is the land from where the bulk of the Pakistan Army and its generals hail. However, if Pakistan uses nuclear weapons in the densely populated Punjab, it could leave millions of civilians dead. But those who know Pakistan’s pampered generals say that while the brass hats love to posture with bluff and bluster, they aren’t foolish enough to be suicidal.