Now that the hype about Prime Minister Modi’s well choreographed visit to the US has died down, it is time to look at Indo-US relations beyond the public adulation at Madison Square Garden or the reception he received in Washington. Modi established a good equation with President Obama, who had earlier said that “the relationship between the US and India will be one of the defining partnerships of the 21st century”. The operative word being “partnership”. How far such a partnership is possible merits examination.

Even though India, like the US, is an “idea” and shares common ideals as a democracy, New Delhi is unwilling to be an ally―a term many in the US would prefer―but wants to be a partner. India insists on zealously guarding its independence, especially in the foreign policy arena. Being a superpower with enormous clout, the US is used to having its way even with its closest allies. However, India is unwilling to become overtly involved with either of the US's two immediate foreign policy concerns―destruction of the ISIS and its caliphate, and an honourable exit from Afghanistan.

In west Asia, India could at best help clandestinely, and in Afghanistan, it would be unwilling to put its boots on the ground. A decade ago, when there was talk in the last NDA government about inducting Indian troops into Afghanistan, our military commanders had sought answers to three questions. If they were to be inducted, (a) who would they be under the command of, the US or the UN?, (b) who would pay for their expenses, India, the US or the UN?, and (c) what would be the time line for their exit? The government had no answers then, nor would they have now. Where the interests of the US and India do converge, however, are in the subcontinent and in the Indian Ocean. 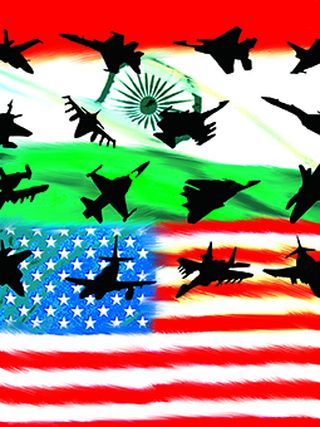 Their biggest challenge is to get Pakistan to stop using terror groups it has nurtured as strategic assets and to dismantle the safe havens they still enjoy. As a first step, the US has agreed to help stop the flow of funds to terror outfits like the Lashkar-e-Taiba, Jamaat-ud-Dawa and the D-Company. For now, India cannot expect more, since Pakistan is still a US ally. And even though both countries wish to counter China’s growing clout and ambitions in the Indian Ocean, India would be unwilling to confront the Chinese head-on. Partly because the US has shown a lack of resolve in fully supporting Japan in its ongoing territorial dispute with China and would perhaps take a similar stand in a Sino-Indian stand-off. And also because India has a major trade relationship with China that is expected to grow further.

So what can keep the US attention focused on India? Despite no headway in civil nuclear cooperation and the loss of the contract for 126 fighter jets that the US companies had been eyeing, it is the opportunities for business in India’s markets that the US cannot ignore. While the US is hopeful that India’s nuclear liability laws may be tweaked in the long run to give access to its companies, their biggest attraction is India’s defence market, one of the largest in the world. Thanks to direct military purchases worth more than $10 billion by the last UPA government, the US is already India’s largest defence supplier. It will now hope for more of the $200 billion Indian defence pie.

Your form could not be submitted.
This browser settings will not support to add bookmarks programmatically. Please press Ctrl+D or change settings to bookmark this page.
Topics : #Hawk Eye | #Narendra Modi | #United States