Prime Minister Modi's visit to Japan and the strong message of strategic cooperation sent out by the two countries have caused concern in China, which has territorial disputes with both Tokyo and Delhi. While China is keen to invest in India and enhance bilateral trade, India cannot ignore the Chinese challenge on its borders. These issues are likely to be taken up during the India visit of Chinese President Xi Jinping, who arrives on September 17.

The contesting claims on the border along the high Himalayas―based on their differing interpretations of the Simla Accord of 1914―had led to the 1962 Sino-Indian conflict, following the aggressive forward policy adopted in the months prior to the conflict by Pandit Nehru's government. And, even now, China regards parts of Arunachal Pradesh, especially Tawang, as part of south Tibet.

With its occupation of Tibet complete, China has built massive infrastructure in many parts of the Tibetan plateau, not just to connect it to mainland China, but also to provide its armed forces the capability to move troops rapidly to the Sino-Indian border in the event of another border conflict with India. Most of the road and rail links from Lhasa are towards Arunachal Pradesh and Nepal, with roads built to military specifications. It is estimated that China could move a military division (over 8,000 men with vehicles, weapons and equipment) every 36 hours to the Sino-Indian border, backed by considerable air force and missile capabilities to threaten the Chumbi Valley and Sikkim, as well as Bhutan and, eventually, the Siliguri corridor.

In contrast, the Indian Army is still essentially in a defensive mode, though far better equipped and prepared than it was in 1962, as the Chinese continue to get away with aggressive posturing, especially near Ladakh in the Aksai Chin region. Apparently, instructions for restraint issued by the ministry of external affairs have given Beijing the message that the Indians are reluctant to confront the Chinese. Another problem is the passive attitude and poor leadership of the Indo-Tibetan Border Police deployed in many parts close to the Chinese border.

However, things are changing. India is now setting up a 'strike corps' (with 40,000 or more troops) to undertake aggressive operations against the Chinese in India's northeast. This would give the Army the necessary teeth to halt the Chinese in their tracks in the event of a conflict. And, the Indian Air Force has upgraded a number of air fields along the Sino-Indian border and deployed deep penetration Sukhois and C-130s with large airlift capabilities, to challenge China’s build up. 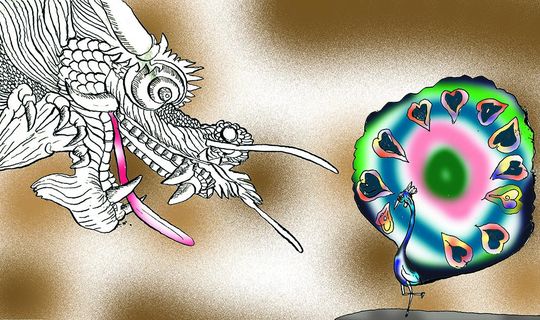 But, India still needs to do much more for building effective road and rail linkages in these far-flung areas. A combination of neglect, paucity of funds and the limitations of the Border Roads Organisation are reasons for the delay. Some of the blame must also be shared by the Army, whose senior commanders in the past have resisted the development of road and rail links to the northeast and the Sino-Indian border.

Moreover, as the Chinese operate near Ladakh, stretching their capabilities, India's ability to respond to their border transgressions is much more favourable. India should be prepared to show that it is willing to undertake strategic strikes on high value targets in the event of a sharp, short war―below the threshold of nuclear weapons―with a combination of air and land capabilities. Once Beijing understands that the cost of provocation could be disproportionately high, it will stop pushing its luck. Remember China respects strength, not passivity.

Your form could not be submitted.
This browser settings will not support to add bookmarks programmatically. Please press Ctrl+D or change settings to bookmark this page.
Topics : #Hawk Eye | #Narendra Modi | #China | #Japan