All through the month of September, India’s military establishment celebrated as the 50th year of—what is now being proclaimed—India’s victory in the 1965 war. The reality is that the 1965 war was a stalemate, a draw. The report card based on neutral claims, when ceasefire was finally agreed upon, read as follows: India lost 540 sq km of territory (mostly in the desolate Rann of Kutch) with 3,000 casualties, whereas Pakistan lost 1,840 sq km of territory (in its precious Punjab and Kashmir) and had 3,800 casualties. India lost more aircraft (60 to 75) and fewer tanks (150 to 190) compared with Pakistan’s losses of aircraft (20) and tanks (200 to 300). The figures given by both sides were higher. And even the date when the war began is still in dispute.

The seeds of this war were sown in Pakistan’s mind after India’s military humiliation in 1962. It was felt, after that, that India was weak and vulnerable, and certain events thereafter emboldened the Pakistanis further.

Also, Pakistan assumed that Lal Bahadur Shastri—following Jawaharlal Nehru’s death in 1964—was weak. Then in late 1964, the disappearance of the Mo-e-Muquaddas (Kashmir’s symbol of Islam) had led to disturbances in the Kashmir Valley. The Pakistanis interpreted this as a demand for secession. And as their probing attacks in the Rann of Kutch were met with a somewhat belated and clumsy Indian response, Ayub Khan’s men felt that the time was ripe to annex Kashmir. They were further encouraged by a war-game in the US, that said that Kashmir could be annexed, if Pakistan didn’t make the mistakes of 1947-48. 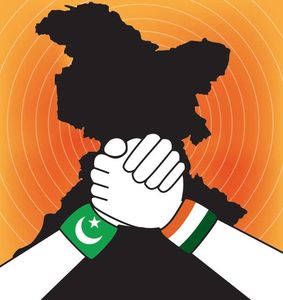 So, Ayub launched a campaign in two parts: from August 1965, he pushed in thousands of soldiers across the Ceasefire Line (now the LOC), dressed as mujahideen, to cause chaos in Kashmir, and create an Algeria-like rebellion there, as part of Op-Gibraltor. And this was to be backed by a full-scale military attack by Pakistani forces towards Chhamb, near Jammu, to cut off India’s links to Kashmir after September 1, 1965. This was called Op-Grand Slam. And all along India’s intelligence agencies failed to read Pakistan’s mind and alert Indian authorities. It was only after a visit to Kashmir in end August 1965, that India’s Army chief, General J.N. Chaudhuri, rushed to Delhi and met Air Force chief Arjan Singh, and defence minister Y.B. Chavan. India soon launched an air, land counter-offensive that took Pakistan completely by surprise.

There followed some decisive tank battles that took Indian troops to the gates of Lahore and Sialkot. Pakistan’s leadership was shaken, as their superior tanks and fighter jets were given a resounding reply by India’s forces. But Ayub managed to save the fall of Lahore and Sialkot by abandoning his plans to cut-off Kashmir from India, and diverting his forces from Chhamb. And on the basis of this Pakistan now claims that the 1965 war was a victory! In reality, India had neither the plans nor the capacity to capture these large cities. But the Indian response had energised the Americans and the Russians to push for a ceasefire. The US was keen to show support for Pakistan to prevent it from slipping into China’s camp, and Russia had promised India that they would get Pakistan to accept a final solution over Kashmir on the basis of the ceasefire line. Thus Shastri’s government accepted the ceasefire.

This was finalised at Tashkent—where Shastri suddenly died—and after which it was Ayub who was blamed by his military commanders for having miscalculated and blundered into a war. He was soon booted out of power. But the biggest lesson from that war, 50 years ago, still stands true even today: that any attack by Pakistan in Kashmir could lead to a massive Indian response, across the Indo-Pak border.