With under 1,500 votes, lesser than NOTA, what can the BJP take away from the byelection in Jayalalithaa’s former assembly constituency, Dr. Radhakrishnan Nagar (RK Nagar)?

The key question relates to whether (and with whom) the BJP might attempt to break through into Tamil Nadu politics. At stake are 39 Lok Sabha seats and the final outcome of the 2019 elections might well depend on what happens in Tamil Nadu.

The BJP government and its governors have been blatantly interfering in politics in the state. They played one faction of the AIADMK against the other until OPS [Tamil Nadu Deputy Chief Minister O. Panneerselvam], backed by the BJP, decided to merge with EPS [Chief Minister Edappadi K. Palaniswami].

The judicial verdict on Jayalalithaa, withheld for several months, came only after she expired. Her death automatically exonerated Jayalalithaa. The sentence fell therefore only on V.K. Sasikala. This was widely perceived in TN (whatever the truth) as a deliberate political move to isolate the Sasikala-TTV [T.T.V. Dhinakaran] faction to facilitate the continuance of the very shaky government(s) that followed Jayalalithaa’s demise. This, it was speculated, would lead to the BJP riding on the back of the winning AIADMK faction to form an electoral alliance that would render a majority of seats in Tamil Nadu to the BJP-led coalition at the Centre.

This speculation was reinforced when the speaker [P. Dhanapal] suspended 18 AIADMK MLAs to forestall a no-confidence vote that would otherwise have resulted in the fall of the government and fresh elections that would go overwhelmingly in favour of the DMK as its opponents would stand badly splintered.

Meanwhile, [Prime Minister Narendra] Modi suddenly visited the ailing DMK leader [M. Karunanidhi] in Chennai, sparking rumours that the BJP leadership had changed tack and decided to take a shot at tying up with the DMK. Such idle rumour-mongering was sought to be scotched by [Karunanidhi’s son and DMK working president] M.K. Stalin and his team. But once judge O.P. Saini exonerated former telecom minister A. Raja and Karunanidhi’s favourite daughter Kanimozhi, the rumour mills started churning again that this was proof of the BJP going soft on the DMK to entice the party into its corner.

With Dhinakaran, the emerging leader of the AIADMK, having firmly shut the door on the BJP, and the DMK candidate having lost his deposit in RK Nagar, the BJP’s only remaining hope is that the DMK will now be frightened into seeking its protection and patronage. 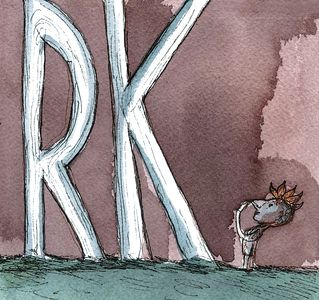 Perhaps I am prejudiced as an aspiring candidate for the Mayiladuthurai seat that I hope to fight for the eighth time in 28 years, but personally I think the current DMK-Congress alliance is likely to endure. The DMK is a profoundly ideological party based on the staunch atheism of Periyar E.V. Ramasamy Naicker, the founder of the Dravidian movement. Their level of comfort with the BJP, dismissed by Karunanidhi as a “saamiyar katchi” (a party of sadhus), is very low. And in practical terms, the DMK stands to lose its stature as the favourite choice of the minorities if it were to join hands with the BJP. Moreover, as evident from the RK Nagar outcome, the BJP has nothing to offer the DMK. Why would the DMK wish to burden itself with a partner that would only lose it seats?

The Gujarat results have given Rahul Gandhi the nationwide political clout to put together the kind of rainbow coalition that Sonia fashioned in 2004. The BJP won in 2014 with under a third of the national vote principally because the UPA [United Progressive Alliance] collapsed, thus fractionating the non-BJP vote. Were they to come together, the new (or renewed) alliance would be unbeatable. The DMK knows this. The DMK also knows that RK Nagar will prove an aberration. Why not then stick with the Congress?