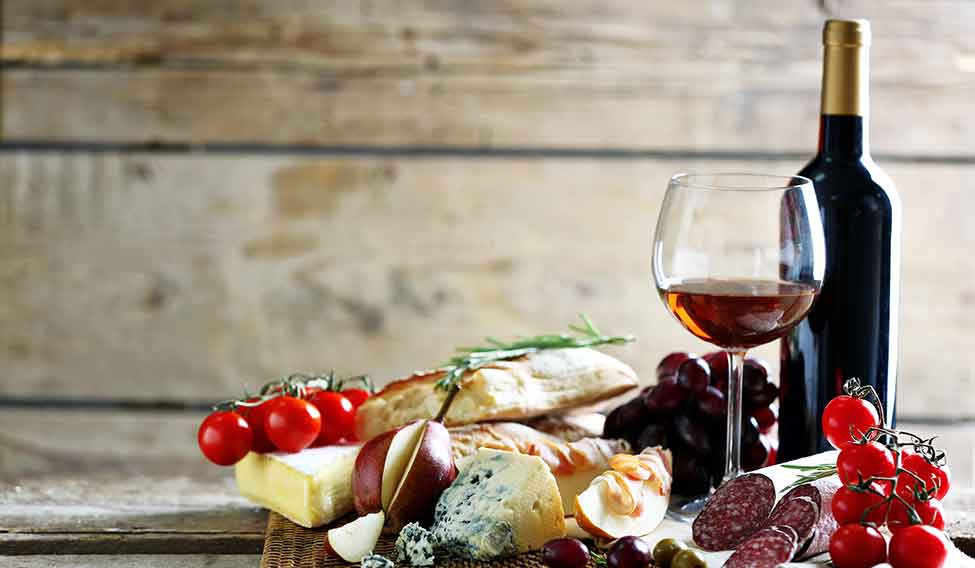 Cross-culture: Wine and cheese dinners are gaining popularity in India

India is a country of walkers. Sorry, Walker. Johnny Walker, that is. It is jokingly said that India consumes more Scotch than what Scotland produces. A few decades back, VAT 69 and Johnny Walker Red Label were no taboo for drinkers. They were considered the average middle class man’s drink. Along came the Johnny Walker Black Label, and no one now bothers about the Red Label.

A good host will not serve anything less than Black Label these days. In the past decade, the Blue Label and the Gold Label have started appearing in bars increasingly. Now there is a strong demand for single malts, and producers are competing with one another to produce the finest single malts. Chefs are trying to pair the food with single malts, despite the fact that the price of single malts has risen sharply worldwide.

Scotch producers are facing trouble, as drinkers in the US have taken to bourbon. Spirit manufacturers saw a slump of 7 per cent in 2014-2015. But, in the same period, exports to India rose by 30 per cent. India imports Scotch in bulk; it is being added to local whiskey as enhancer. With a rise in income, the consumer is looking at better quality spirits. A duty of 150 per cent on single malts (plus local taxes) is keeping them out of the reach of most consumers. As such, India drinks more whiskey than the US, so the authorities can reduce the levy.

As far as wines are concerned, the Indian market is growing. But, we are nowhere near China. Our consumption is 28 million litres a year; China drinks 160 million litres. Chinese businessmen have been on a wine-buying spree. They drink it, and they also invest in it. Wines have been making inroads into other developing countries and it is only a matter of time before wines eat into the market share of other spirits.

Today, in quite a few functions held in hotels, wines have overtaken hard liquor. Wine and cheese dinners and brunches are gaining popularity. Pinot Grigio, an Italian white wine, is becoming popular, since it blends with Indian flavours well. Five-star hotels and good pubs account for major consumption of wines. Mumbai accounts for 32 per cent of the total consumption, followed by Goa (20 per cent) and then other metros.

Interestingly, French wines are losing their sheen and exports are falling sharply. Italian, Australian and South African wines have made inroads in India, too. Even young ladies feel that a Prosecco—an Italian white wine—with 11 per cent alcohol is a good starter. And, the Prosecco range goes from fully sparkling (spumante) to semi-sparkling (frizzante) and still (tranquillo) wines. These days, it seems everyone wants to hold a flute with an inexpensive bubbly.