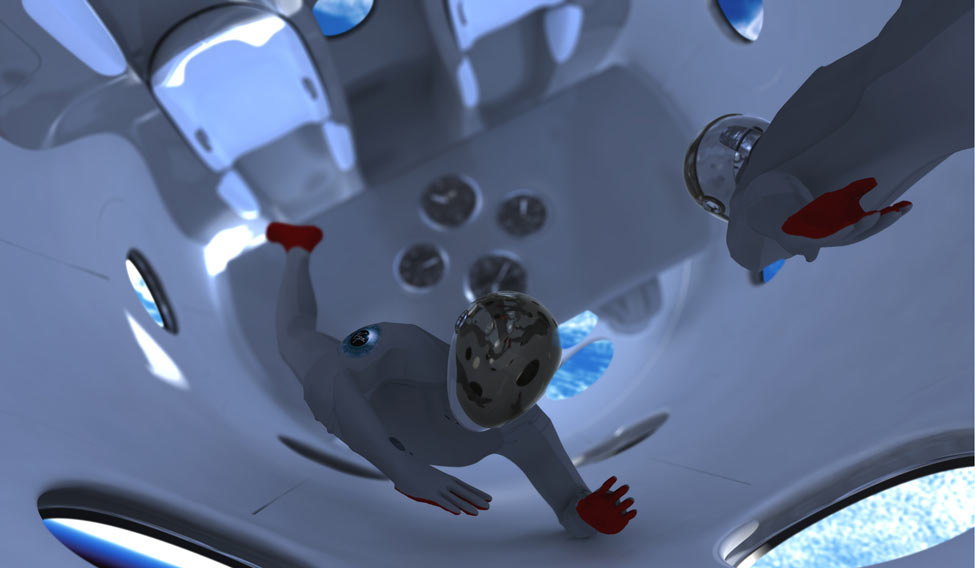 Don’t tell me the sky is the limit. There's footprints on the moon....”
―Paul Brandt, Canadian country music artist

Brandt was right. There is a world out there, and if some billionaires have their way, you, too, would be able to book a ticket to space soon. The next frontier of travel, space tourism is taking off in a big way with some of the world’s richest men-Virgin Atlantic’s Richard Branson, PayPal co-founder Elon Musk and Amazon’s chief executive Jeff Bezos-investing in commercial spacecraft that could launch the super wealthy into suborbital space.

All set for the ride of a lifetime, Branson will take off with his children and four  co-passengers in the Virgin Galactic SpaceShipTwo later this year. During the two-hour journey, the lucky few would get to experience around five minutes of weightlessness and a spellbinding view of the earth. Priced at $2,50,000, this ride will take passengers almost 113km into the sky and bring them back to the world’s first purpose-built commercial spaceport in New Mexico.

Around 700 uberwealthy enthusiasts worldwide, including celebrities like Ashton Kutcher, Leonardo DiCaprio, Stephen Hawking, Justin Bieber and Lady Gaga, have reserved seats with companies vying for a share of the booming space travel business. “Investment in commercial space flight has become one of the big trends among high net worth individuals,” says Aditya Tyagi, founder, Luxe Escape. “People are willing to spend anything from $25,000 to a million for an astronaut-like experience. This concept is still new in India as it is difficult to persuade people to take time out for space training.”

Tyagi is the marketing partner for Space Adventures, the only company in the world that has been conducting private space tours. “We have a lot of Indians going for the ‘zero gravity flight experience’ in Los Angeles and Las Vegas,” he says. “We take people on our specially modified Boeing 727 and create a weightless environment, allowing them to float, flip and soar as if they were in space. This experience comes for $5,000 per person.” The company offers four different tours, including a private expedition to the moon, priced at $150 million. “This is a circumlunar flight for two people and a cosmonaut on a private journey. The trip takes about 16 days and the travellers get to experience four minutes in space,” says Tom Shelley, president, Space Adventures.

Experiential luxury travel has made an incredible comeback from recession. According to travel agents offering tailor-made vacations to affluent Indians, luxury travel this year will be all about superlative experiences. “People are willing to spend huge amounts of money on unique holidays, which connect them with different cultures, history and people,” says G. Viswanathan, CEO, Footprint Leisure Pvt Ltd. Viswanathan and his three holiday planners have travelled more than 100 cities in the world to offer clients extraordinary vacations, a result of the thorough sit-downs with their clients, understanding their passions and favourite pastimes.

“We then draw an itinerary, which is bespoke in every sense of the word,” says Viswanathan, who has been creating these packages for anything between Rs.15 lakh and Rs.25 lakh. “Recently, we prepared an itinerary for a couple who wanted to go to New Zealand. We figured out that the gentleman was interested in making sculptures, so we sent them off on a sculpture trail in New Zealand, where we arranged a rendezvous with the famous sculpture artist Mark Hill. Hill gave them a tour of the golf course that has his life-sculptures displayed for a selective group.” Then, there was the family interested in the history of the Ottoman empire; they got a professor with a PhD in Turkey’s history to accompany them for a vacation. “They spent a bomb for this and returned home completely overwhelmed,” he says.

Five-star stays in exotic locations are passe. Right from discovering island villages in the Arctic to castle vacations in Helsinki, luxury travel is more about getting out of one’s comfort zone and exploring distinct stories. “Nowadays people just don’t want a vacation, they want memorable experiences. Adventure and culinary tours with private guides are getting hugely popular in India,” says Tyagi.