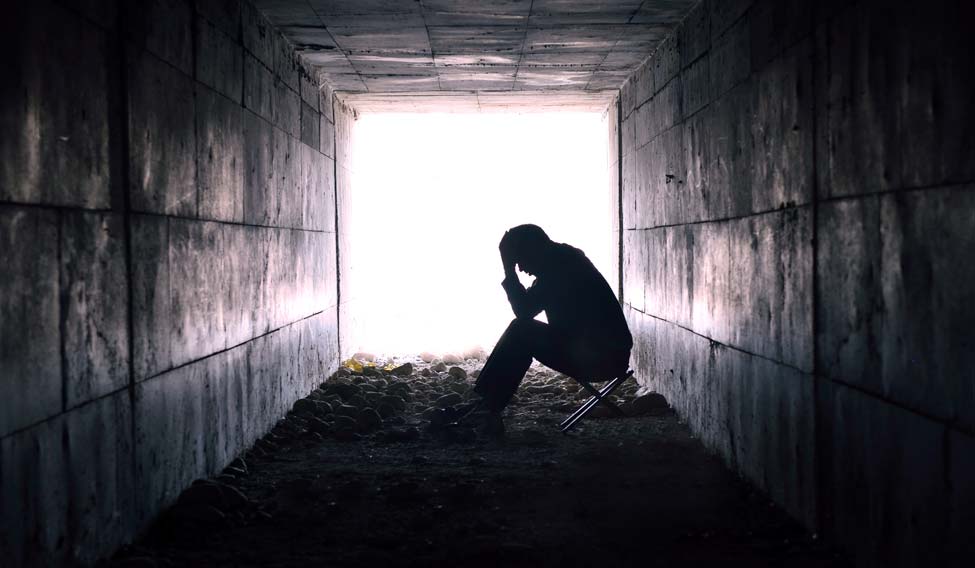 "People at work call me 'half', 'mental'. I get angry but I don't react much. People don't respect me. They don't assign me responsibility. I pray to the Lord daily that my children shouldn't get this illness. I feel I can't maintain relationships, and people may think otherwise of me; so I find it difficult at my place of work. I think being mentally ill means a lot of suffering, and they suffer more from the label than the illness. At times, I feel I shouldn't have got this illness. To improve public attitudes about mental illness, we should tell them that all are not dangerous; and by giving right facts and correcting myths, they can be educated. The family members and the relatives too should be educated.” This is an urban respondent's quote in the paper Experiences of stigma and discrimination endured by people suffering from schizophrenia published in the Indian Journal of Psychiatry in 2008.

This testimony holds true for countless other mentally-ill persons. The ridicule, disrespect and lack of empathy the mentally ill face from society is tragic. It has become a taboo subject because of the lack of awareness, the myths and misconceptions about mental illness. Patients and their families would rather keep mum than seek treatment.

Statistics show how common yet undertreated mental illness is. According to the health ministry, around 50 million people in India suffer from common mental disorders like depression and anxiety while 10-20 million suffer from severe mental illnesses like schizophrenia and bipolar disorder. There are, however, only 4,000 psychiatrists in the country, and about 900 clinical psychologists and 850 psychiatric social workers. Thanks to poor access to professional help and poor awareness, people still associate the word 'mental' with 'mad' which prevents them from seeking help, says Dr Parul Tank, head of psychiatry at Rajawadi Hospital and consultant psychiatrist at Nimay HealthCare, Mumbai. She says: When diseases like diabetes and heart disease are not stigmatised, why is mental illness?

Putting up a fight

Mental illness has biological, social, psychological and genetic aspects. Mental illness does not reflect a person’s strength or ability. This is why the world noticed when a celebrity like Deepika Padukone spoke about her struggles with depression. When a successful person spoke about the struggle with an unexplained and persistent feeling of sadness, it led to more people opening up. While Padukone's effort was applauded, ordinary people, besides battling their inner demons, also face innumerable challenges owing to society's failure to provide adequate support. This makes them vulnerable to further discrimination and stigma.

Edward D’Cunha, an employee of the Shipping Corporation (SCI), was on duty in Visakhapatnam in 1997 when he first got his schizophrenic attack. He had joined the company as a trainee nautical officer four years ago.  After his diagnosis, he would be absent from work whenever he got an attack of schizophrenia. The fifth time he applied for leave in 2000, he was asked by the corporation to resign or face blacklisting. This, in spite of the Persons with Disabilities (Equal Opportunity and Protection of Rights and Full Participation) Act, 1995, which states a person with disability cannot be dispensed or demoted but must be accommodated in some other post with same pay scale and service benefits if he cannot perform his duties owing to his disability.

While his father, Stanley D’Cunha, took the corporation to court where both the High Court and Supreme Court ruled in his favour, the corporation has not yet reinstated Edward or paid him his dues. “It has been 14 years since we started fighting the case but the SCI is being very vengeful now,” he says. Going to court is expensive and a tedious process. Companies understand this and, hence, break the Act, sacking or forcing people with mental illness to quit, he says.

While Edward found another job with the Royal Bank of Scotland, many like him would be further isolated and pushed into depression.

Dr Harish Shetty, consultant psychiatrist, says there have been several instances where patients with mental illness have been discriminated against. “Private companies have forced patients to resign or take voluntary retirement when they find out about their mental illness,” he says. In spite of more awareness and laws that protect the rights of the mentally ill, there remains resistance in most companies. Not just in professional life, patients often find themselves being treated rudely by their own family members. “Everyone thinks they are not capable of taking decisions or being independent and are often spoken down to,” says Shetty.

Dr Samir Parikh, director, mental health and behavioural sciences, Fortis Healthcare, Delhi, says even though there is better awareness about mental illness in the urban areas, the stigma continues to haunt patients. He narrates the instance of a young woman who had been suffering from mild depression and anxiety. When she told her prospective husband about her treatment, he called off the marriage. “I personally explained to the groom that the case was mild and medicines would be stopped in the next two-three weeks, but he refused to listen.”

As revealing one's condition would only lead to further discrimination, many patients choose to keep mum about their illness. Shetty, however, believes that the taboo around mental illness will break only when patients speak about it. “I tell my patients to never conceal their condition. Unless mental illness becomes a part of public narrative, there will be little to change the public perception around it.”

This is something 35-year-old Reshma Valliappan has been trying to achieve through her work as an artist, author and an advocate of mental health. Diagnosed with paranoid schizophrenia at age 22, she has been outspoken about her tryst with schizophrenia. A documentary was made on her and she authored a book Fallen, standing: My life as a schizophrenist about her struggles. She has also started The Red Door, a virtual group which offers a platform for persons with mental illness to share and reflect on their treatment and recovery. “Before encountering any other stigma, the patient has to overcome her own self-stigma about the condition. It takes tremendous courage, but one can do it,” she says.

In her experience, the stigma exists even among professionals. When she wanted to join a clinical psychology course in a Pune college, the department head asked her to bring a certificate saying she would not cause harm to herself or others. “People have been sold the idea that all those who are mentally ill are dangerous while the society in general is rife with crime and violence,” she says. 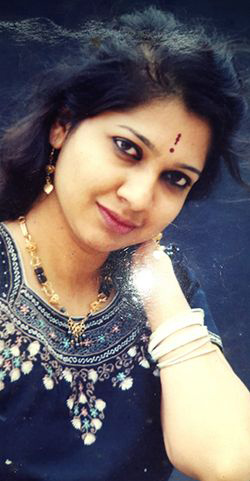 Dr Lavanya Seshasayee’s incredible life story is testimony to what happens when a patient decides to take on stigma. As a child, she excelled in academics and wanted to be an engineer-business tycoon. Her parents, however, did not initially understand her need to fully focus on studies. They forced her to do household work, too, as they thought she needed to be trained to fit into the Indian society. When she rebelled, she was ill-treated at home and that is when her symptoms of schizophrenia began to show—bouts of crying, dilated pupils and shivering hands. She found herself all alone. Her condition deteriorated further and she failed to clear her class 12 exams. Later, she pulled herself together, cleared her exams and got enrolled in a paramedical course. Following a disagreement, her mother, however, pulled her out of the course and kept her at home for a whole year.

“In spite of what others told me, I believed in myself and my abilities. I believed I would be a beacon of hope one day for thousands of others groping in darkness,” says Seshasayee. She convinced her mother to allow her to pursue a full-time BA course. She then went on to finish her master’s degree and got a PhD in women’s mental health. She is now programme manager at an NGO working at the grassroots level in Karnataka and is frequently invited to present research papers at international and national conferences on mental health.

Her father and her husband are her pillars of strength. Seshasayee says she opened up about her condition only after achieving a fair degree of success, which helped her make her point. “People with mental illness can be extremely effective at achieving things and can work as well as anybody else, provided they are given the requisite support," she says. "In fact, they may be much better than others who do not have mental illness.” Since they understand what it is to suffer, they are very sensitive and passionate, she says.

Experts say more awareness alone will make patients seek help and society more empathetic. “There is a 250 per cent shortage of mental health professionals in our country," says Parikh. "Most of these services are restricted to urban areas. Only when people are aware and have access to treatment will the stigma about the disease be wiped away.”