Messages from the moon 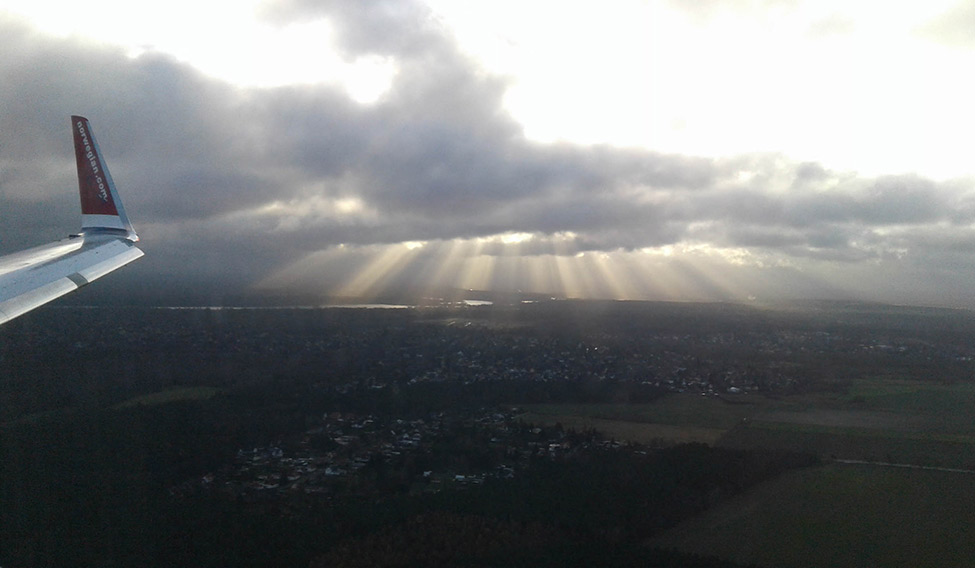 At 12.10pm, when Sudhir was being cremated at Sat Nagar in Delhi, my plane began taxiing in the Oslo airport, 6,000km away. It was 7.40 in the morning, ice cold and pitch dark. My adored rakhi brother was no more. I couldn’t help but cry. Huddled in my 4A seat, I did not want to embarrass myself with the passenger next to me, so I turned my face to the window. I nearly jumped out of my skin at what I saw.

Almost at eye level, right outside my window, was a full moon—enormous, golden, low on the horizon. It could have been the sun, except it was still dark. Tears dried as I gasped at the moon, never having seen it so full, so big, and in the morning! It spooked me. I felt I was imagining it. I switched on my smartphone and Uncle Google informed that it was a supermoon.

And then, my heart began to smile in understanding. Sudhir was relaying a cosmic message, exactly as my father did nine years ago through a crescent moon when he breathed his last, after fulfilling a promise even though he had been in coma for the previous 10 days. The mysteries of life!

A month before he died, my stroke-affected father had promised he would spend my 50th birthday with me. Somehow I sensed his end was near. My father means the world to me—no one has impacted me as much, no one so devoted to my wellbeing. On December 13, he went into coma, but not before miraculously surviving a brain seizure that should have killed him in the ambulance. Born 40 minutes past midnight, I spent my birthday by his bedside, holding his warm, beloved hands. I felt a flow of energy from him. I went back home and, at 2.40am, got the call informing he had passed. His timing was impeccable – my son from Australia and husband from Norway had just reached.

Driving back to the hospital with my mother and sister, I gazed out of the car’s backseat window into the night sky. I saw a beautiful crescent moon, smiling down at us. We called it the Smiling Simon Moon. To me, it was a clear message that he was fine up there, that we should not cry, instead celebrate his wonderful life, even at his funeral, which is what we did. The date of passing on his tombstone carries my 50th birth date - signifying to me a Karmic connection. Since then, it is uncanny how the crescent moon peeps at me through a room, or a car or plane window, at critical moments. The mysteries of life! 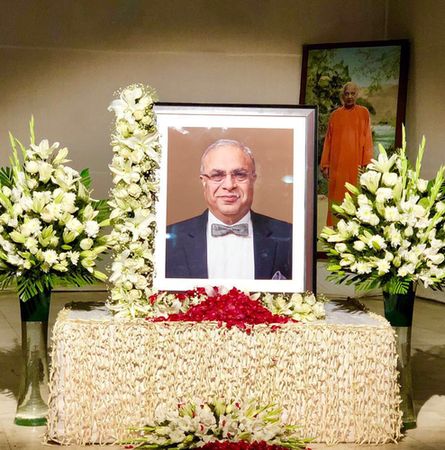 Sensing his end was near, my husband and I had visited Sudhir in his hospital bed three weeks earlier. Bereft of a blood brother, I had become Sudhir’s rakhi sister 30 years ago, fulfilling my childhood fantasy of having a brother. He entered my life as the company chartered accountant when I worked for Time magazine, but soon became my strict, loving elder brother whom I trusted implicitly, exactly as I did my father.

When Sudhir died, I had just entered my Oslo home after a trip to my hometown Kochi. No jet could take me to Delhi to attend his funeral, so I forced myself to take the red-eye flight to Berlin, as scheduled, to watch Kavita, a rising New Yorker who calls me her “fairy Godmother”, make three presentation on blockchain at the prestigious TechCrunch conference. I was meeting the COO of the conference, a favorite boss from my Time days, after 25 years.

As I sat in the plane, face to face with the supermoon, I knew it was a message that Sudhir was now one with the universe. But the story did not end there. As the plane rose into the dark sky, the supermoon stayed by my side. Then the plane turned, and I had to say goodbye to it, goodbye to Sudhir—or so I thought.

As the plane completed its arc and headed southeast towards Berlin, the horizon turned from black to a glowing red. I witnessed the most spectacular sunrise I have ever seen in my life. Throughout the hour-long flight, I ceaselessly clicked pictures, alarming fellow passengers, especially the lady in the seat in front of me, who woke up from her slumber to peer back crossly, assuming I was some pervert photographing her lustrous blond hair.

No camera can capture the jaw-dropping beauty of Planet Earth at daybreak, as seen from high above. My window was scratched and streaked by de-icing fluids, symbolising the flawed human Looking Glass. One of my pictures showed a divine vision of sun rays radiating through rainclouds, blessing the earth. To me, the amazing vision messaged that Sudhir’s new life had dawned, embodying the scriptural dictum that good souls become eternal and immortal.

Astrophysicists say our bodies are made of cosmic remnants. Everything that exists in the universe came from the Big Bang. We share the same carbon in our bodies, as do planets and stars. When we die, our carbon atoms rearrange like in a celestial kaleidoscope and merge with the universe. The Bible says, “…dust thou art, and unto dust shalt thou return.” Perhaps, it would be more poetic and scientifically correct to say, “… stardust thou art, and unto stardust shalt thou return.”

When a loved one passes, we grieve. But we grieve for ourselves. Good people pass on to the heavens, embraced by the Higher Consciousness. If I live a life even half as beautiful, meaningful and virtuous as Dad’s and Sudhir’s, then I know I will meet them again—up there.

I am at peace because the cosmic vision healed me. From now on, I will think of my brother with a smile in my heart, without tears. (Sometimes, the tears still escape.) I am grateful for a beautiful journey that made me appreciate life and its passing. As 2017 ends, I write this in the hope of comforting all those who lost their loved ones.