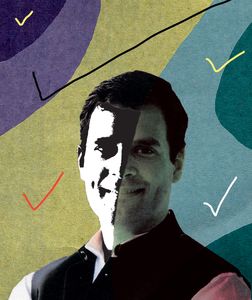 Spin is in. A new image is crafted, a fresh narrative woven. A young man rises from the ashes of mockery. Suddenly there is a buzz around Rahul Gandhi, noticeable even in BJP circles where mean jokes are no longer so funny. Is “Pappu” capitalising on public disenchantment over demonetisation, GST, pollution and jobless growth to challenge Modi, the foil not the fool, the poor man’s antidote to corporate power? The 56-inch chest versus 56-day sabbatical metaphor symbolises two leaders pulling the idea of India in opposite directions.

Says psychologist and data scientist Michal Kosinski upon whose research CA’s campaigns are built: “Our smartphone is a vast psychological questionnaire that we are constantly filling out, both consciously and unconsciously.” Bereft of smartphones, India’s poor leave scant digital traces, but the youth and the urbanites are ripe for picking.

Marrying Big Data and Facebook spawns a new form of strategic communication that breaches privacy and manipulates emotions to make citizens revere or hate a particular politician. The Swiss Das Magazin outlines Kosinski’s 2014 research, while he was at Cambridge. He proved that with an average of 68 Facebook “likes” by users, it is possible to predict their skin colour (with 95 per cent accuracy), their sexual orientation (88 per cent accuracy), their religious and political affiliations, intelligence, alcohol addiction or drug abuse.

Facebook’s algorithms are better at judging people’s personalities than their closest friends, spouses, even themselves, blinded as people are by prejudice or self-delusion. Reports Das Magazin, “On the day Kosinski published these findings, he received two phone calls. The threat of a lawsuit and a job offer. Both from Facebook.” Kosinski, 35, is now a professor at Stanford.

CA’s CEO Alexander Nix disclosed his company has 5,000 data points on 200 million Americans, which it uses for “psychographic targeting” based on personality types. He boasts: “Pretty much every message that Trump put out was data-driven.” A month before the elections, Trump’s team tested 1,75,000 different variations of his messages through Facebook. The “dark posts”—sponsored Facebook posts that can be seen only by users with specific profiles—differed in colour, captions, photo or video to target the recipients in the optimal psychological way. When advocating gun rights, images of a man and child shooting ducks at sunset targeted voters who valued tradition and family. African-Americans were bombarded with posts where Hillary Clinton referred to black men as “predators”.

Psychometrics also helped identify swing voters and donors, showed which of Trump’s messages worked best and where. So the decision to focus on Michigan and Wisconsin was made. The rest is history. With Rahul’s makeover timed for his elevation as party president, the Congress is hoping to beat the BJP at its own game. We have come a long way from Mahatma Gandhi’s spinning wheel. A new era of hi-tech spin begins.