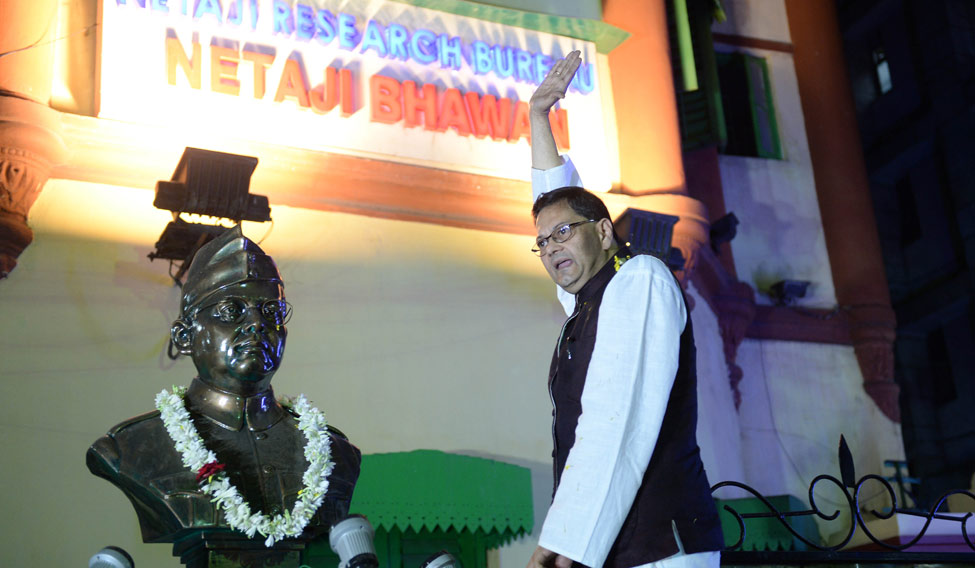 Chandra Bose, who is also the convener of Open Platform for Netaji, spoke to THE WEEK on the issue of Indian National Army (INA) soldiers—ones who returned from Myanmar—facing ill-treatment in India.

Bose accepted the fact and said successive prime ministers did nothing to ensure justice for INA personnel—those who came from Myanmar, or even Singapore and Malaysia. The present BJP government is no exception, he believes.

I met some Tamils who were INA activists, facing ill-treatment in India. The situation has been such that many of them wish to return to Myanmar where they once lived

It is true. This happened because of the actions of the Congress governments after independence. Jawaharlal Nehru entered into an agreement with the British not to enrol INA soldiers in the Indian army, despite the fact that they were brave and capable. Also, they were the real freedom fighters.

Yes, he did. But that was under immense pressure. There were riots across the country, protesting against the state branding of INA soldiers as war criminals. Nehru understood that. Wearing the gown was an eyewash; it was Bhulabhai Desai who actually fought for the INA soldiers.

Of course. They were not treated as freedom fighters because of Nehru. None of them received freedom fighter pension till the late seventies. Many are yet to receive it.

Ironically, the situation in Pakistan was completely different. The INA soldiers were hailed as heroes, and received top positions in their army. Habibur Rahman, Netaji’s constant companion, became a senior army official who fought against India in the 1965 war.

Do you have any evidence of Nehru harbouring such a negative attitude towards the INA?

Yes, I have. My father, Amiya Nath Bose, was the secretary of INA relief committee in 1946. The same year in August, Nehru was supposed to visit Singapore. At the time, there was a request from INA activists in the country, for Nehru to visit the memorial there. Nehru, whenever he came to Kolkata, used to visit my father at our house. Once, over dinner, my father asked Nehru if he would visit the war memorial. Nehru agreed, and the information was passed accordingly. But, after reaching Singapore, he embarked Lord Mountbatten's car. He paid no heed to 2 lakh INA activists who were waiting for him.

On his return to Delhi via Kolkata, he again stayed at our house, and my father asked Nehru the reason behind his not visiting the war memorial. Nehru only smiled. Much later we understood the reason behind that smile. A British historian, who quoted from Mountbatten's diary, said the latter was happy that Nehru listened to him and did not visit the war memorial of INA soldiers which Mountbatten later demolished.

What is Modi government's position on the issue?

If he does not expose it, Modi will have no standing as prime minister of India. He would be a failed prime minister if he does not keep his promise—to expose the truth behind Netaji’s death. He told us that he would work on rewriting the Indian history by acknowledging the bravery of INA soldiers. Nation does not know that the first free Indian government was declared on October 21, 1943, by Subhas Chandra Bose.

What was his promise to you?

When we met, soon after he became the prime minister, he agreed to declassify the files and include the role of INA in the history of India’s freedom struggle. But, so far, we have not seen anything from the present government. He shouts from the roof top about transparency. If he really believes in his words, he should keep his promise of exposing the truth behind India’s freedom struggle.

Did you take up the matter with the Centre?

Yes, I had several meetings with Smriti Irani when she was the HRD minister. But then, she was shifted to the textile ministry. The present HRD minister has not shown any interest.

Have you lost all hope?

No, I have not. I will visit Delhi again next month. I will take up the matter with the concerned ministry. They will not be able to work unless they get a go-ahead from the prime minister.

Why do you think the prime minister is not taking up this issue any more?

I enquired about it. His close aides told me that he was busy with a lot of other issues. He is engaged otherwise, and could not see it as a priority. But we, in the Bose family, believe that it has to be a priority for the prime minister as well.

But he has declassified files

Yes. But a lot of things are still to be done. There are many files with foreign countries. Files in India have been destroyed. Also, we requested him to form a panel of experts, historians and investigative journalists to unearth the mystery. However, bureaucratic involvement will only upend the effort. The PMO has not yet responded to us, which is very distressing.