Bangladesh’s cultural character is being destroyed 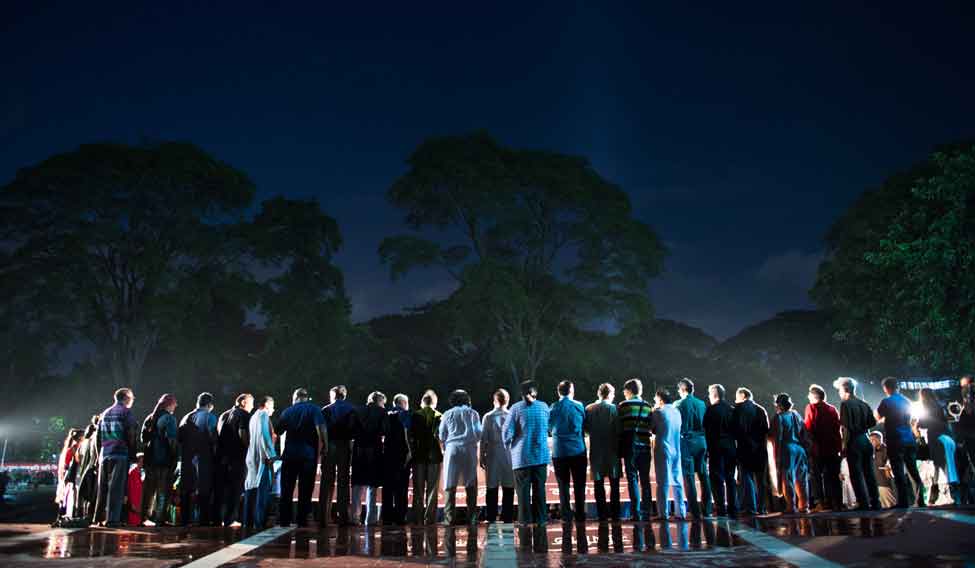 File- Bangladeshi peace activists come together to sing and light candles in a park following an attack in Dhaka on July 3, 2016 | AFP

Asaduzzaman Noor fought in the Bangladesh Liberation War. One of the finest actors in the country, Noor was made cabinet minister by Bangladesh Prime Minister Sheikh Hasina in 2009. In an exclusive interview with THE WEEK, Noor said he was worried about the change in the cultural fabric of Bangladesh and the new threat the country is facing—Islamic State.

Why are boys from affluent families in Bangladesh joining IS?

It's a cause of worry for our society and culture. A good number of people seem to have forgotten Bangladesh’s language movement of 1952 and the Bangladesh Liberation War of 1971. Irony is that our country today is not about poetry, nature and wildlife alone. It's about violence as well.

Could you explain how the society is changing?

The country is developing. There is a sign of affluence in the society. But people are becoming materialistic. They are not giving time to their children. They enrol their children in good schools but fail to impart value-based education to them. So, the outsiders are influencing their children.

But, despite being educated, youths are falling prey to IS?

That’s why I said Bangladesh has changed. The cultural face of Bangladesh is being threatened and poisoned. I am sorry to say this, but it is happening. Young brains are easily revolutionised. It happened in 1971 as well, but for our better future. This time, young minds are being spoilt for terrorising people.

Who are responsible for the spoiling young minds?

Like I mentioned, many people are becoming religious fanatics, though not a majority. Youths as easy prey for them as parents are not protecting their children against such fanatic elements. They play the role of mute spectators... we don’t know why. Some of the madrassas are misleading the youth in the name of religious education and organisations like Jamaat-e-Islami and Islami Chhatra Shibir are taking advantage of it.

But, how did IS gain ground in the country's secular society?

IS activity is a global phenomenon. It’s happening in the US, Britain, France and other countries. Bangladesh has a huge Muslim population and because of the prolonged rule of Jamaat and the lack of democracy, home-grown terror outfits gained prominence. Today, they are taking the IS ideology forward. We also feel there is a game being played by a super-power, which, in the past, had used IS.

But, Bangladesh government refused to accept IS activities for long.

We did it because we had no idea before the Gulshan attack that IS would penetrate Bangladesh thus. Hindu, Christians and many foreigners were killed earlier, too. We thought these crimes were committed by our home-grown terror outfits. But, now we have woken up. Today, we feel we would have to change our strategy to tackle the menace.

What are you doing to check these in future?

We have begun a survey on school and college dropouts. We are asking parents to report to the government if their kids have gone missing. The school curriculum and the syllabus are being checked. We have taken measures to check unrecorded tenants. We are also looking at income tax returns and bank accounts of businessmen.

She is right. But, we don’t think that everything has gone down the drains. There is hope and scope for changing the situation.

Many countries have issued restriction on travelling to Bangladesh.

Despite that we are getting huge number of tourists this season. People have come out to protest the killings of secular bloggers and people belonging to religious minorities. That is a positive sign. At least it proves that there is a hope for Bangladesh to leave behind the gory past and march ahead. For us, the real hope is majority of our people are still protesting this menace.

Are you now worried about IS?

Yes, we are. But we know how to tackle it and we will do that.