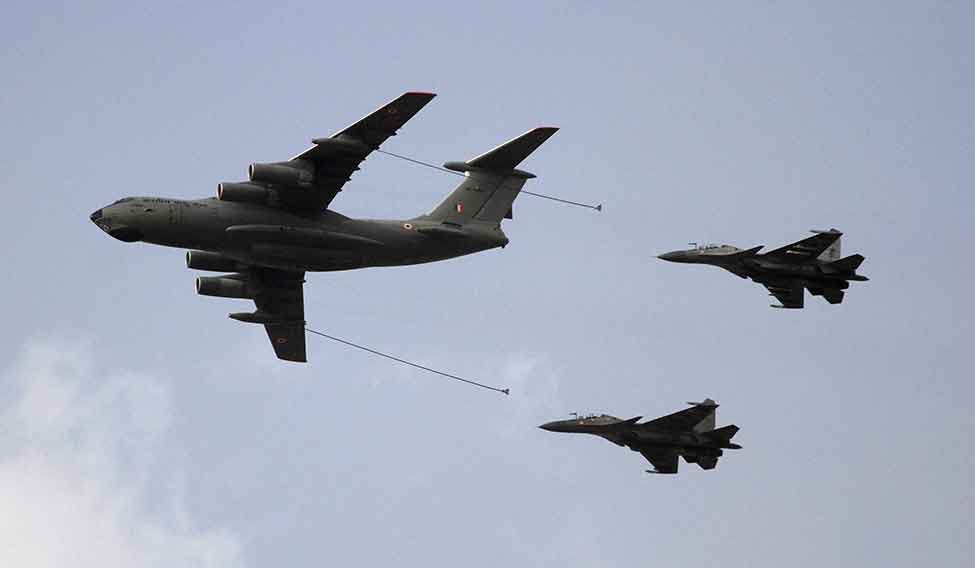 It was a war spread over the clear blue skies of Thar Desert to the beaches of Karachi—Indian Air Force's frontline combat planes Su-30MKIs, Mirage 2000s, Jaguars and MiG 21s were pitted against the F-16s, Mirage-IIIs and J-7s of the Pakistan Air Force. Only that they fought it at different times—the Pakistanis demonstrated their firepower in December at the Sonmiani firing ranges, and the Indians more recently at Exercise Iron Fist 2016 at the Chandan firing range in Jaisalmer.

“At the exercise, we showcased our deterrence capabilities to the world and our superiority in the skies,” said Air Marshal B.S. Dhanoa. In the exercise, the Air Force wanted to demonstrate its ability to hit targets with precision even from aircraft under development, but its Israeli laser-guided bomb failed to hit the target on two occasions. “Of the four LGBs fired from the Light Combat Aircraft, Su-30KI, Mirage 2000 and Jaguar combat aircraft, only 50 per cent of them could hit their designated targets and the force is not sure about the success of the missile fired from the Sukhoi,” an air vice marshal said while briefing on the exercise.

It should not have been a big issue. As former vice chief of air staff R.K. Sharma said there were times in the past when planes missed targets and the bombs were detonated by personnel on ground. “But today, in the age of precision-guided weapons, there is not much need of doing so,” he said. The Air Force is now looking to buy bigger target drones to prove its skills in the sky.

The Pakistanis are also facing problems with their latest inductions, such as the JF-17 Thunder aircraft produced jointly with China. “It could not fire during their recent exercise,” said an Air Force officer.

India's superiority over Pakistan in air is undisputed, but it might not remain so for long. As Pakistan moves towards inducting and operationalising its fourth generation aircraft—the JF-17s and the new F-16 Block 52s from the US—India has not moved an inch towards getting the next generation multi-role planes. “The IAF does not have the adequate number of fighter jets to simultaneously protect the western and northeastern borders, should the need arise,” said Dhanoa. He said the government was “aware of the shortfall”.

The IAF recently made a presentation before Prime Minister Narendra Modi in both Hindi and English to send home the message to the decision makers that it was falling short. The presentation says the force has 33 squadrons, while its authorised strength is 42 squadrons of 18 aircraft each. It will further go down as the force will soon phase out at least 10 squadrons of MiG 21s and MiG 27s. The latest induction was of a Su-30MKI squadron in Tezpur on the China border, but its strength will soon drop owing to overhauling of the jets. “The aircraft will soon start going to Russia for overhauling and this will hit us hard,” said an officer.

The government had announced its intent to buy 36 Dassault Rafale aircraft from France, but the deal has reached a deadlock with India insisting on a discount. Even if India and France were to sign the deal now, it will take a few years to deliver the aircraft.

The force is also finding it difficult to induct the indigenous LCA even under revised technical requirement as the trust level with the aircraft manufacturer Hindustan Aeronautics Ltd has hit a new low. “We have asked for delivery as early as possible,” said Dhanoa. The IAF was planning to buy 120 LCAs, but HAL can produce only seven or eight a year.