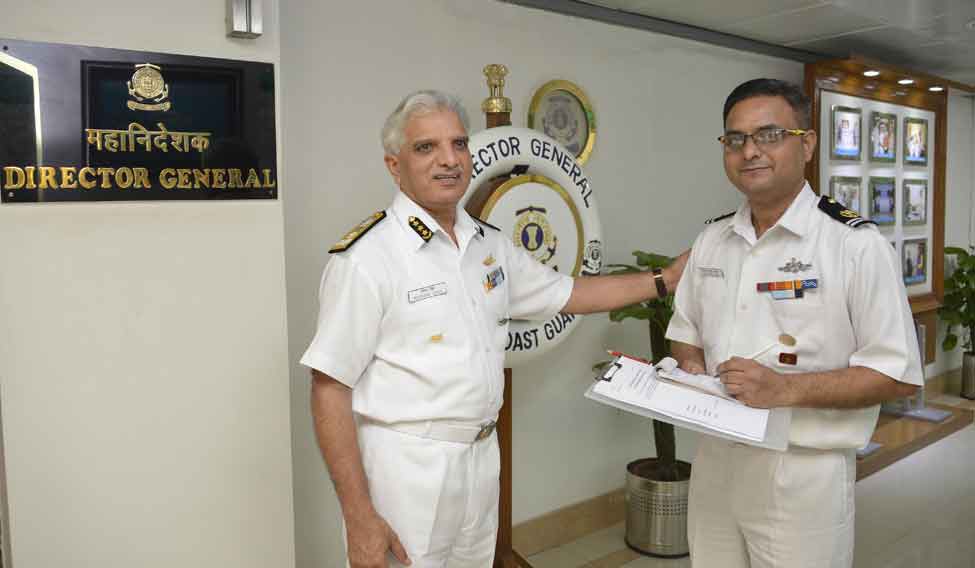 The Indian military has a rigid class system, with officers at the top, junior commissioned officers in the middle and jawans at the bottom. The class system has not changed much from the British times. However, the Indian Coast Guard, the fourth defence force of the country along with the Army, Navy and Air Force, is breaking class barriers by empowering sailors and involving them in decision-making.

Take, for instance, the transfer of K.C. Rajput, a Coast Guard sailor with 34 years’ service. As he was going to retire in a few years, he had sought transfer from the remote Gopalpur-on-Sea in Odisha to Chennai, where his children could find a good college. His superiors, however, did not favourably consider his request.

Tide turned for sailors like Rajput when Rajendra Singh became the first Coast Guard officer to head the organisation; previous director generals were Navy officers. On his first day in office in February, Singh announced the creation of the office of Pradhan Adhikari of the Coast Guard, to be held by the senior-most non-officer sailor in the force, as a link between him and sailors. He also asked sailors to mail their grievances direct to him to the email address writeto.dgicg@indiancoastguard.nic.in.

This was a godsend to Rajput, who shot a mail to Pradhan Adhikari Girish Verma, requesting a favourable posting in his last leg of service. “I took up the matter with the director general and within a few days, we considered the matter sympathetically and Rajput got what he wanted,” said Verma, who has a separate cabin in the director general’s secretariat—a first for a sailor.

The new office is like the US Navy’s Command Master Chief Petty Officers, who deal with issues pertaining to seamen and report direct to the commanding officers. The Indian Army has subedar majors doing this job at unit levels, but there is no such office at the level of the Chief of Army Staff, who commands more than 1.25 million jawans. Representation to sailors at the highest level has come in the Coast Guard at a time when the Army and the Navy have been grappling with conflicts between officers and jawans.

“Bringing the senior-most sailor to the top office was my first decision in office as we wanted to adopt a collaborative approach in decision-making,” Singh told THE WEEK. “I think this will help in addressing issues related to sailors in a quicker manner and keep the men behind the force highly motivated.”

Under the new arrangement, the director general will discuss with Verma all matters related to sailors and their welfare are discussed between Singh and take decisions. Verma says the new move has boosted the morale of sailors, who now feel that their voice can reach the decision makers directly.

At the Coast Guard’s first-ever commanders’ conference for sailors in early June at its headquarters in Delhi, sailors gave their suggestions for running the force. “The aim of the conference is to involve the boots on the ground in the decision-making process,” said Singh. “The ideas put forth at the event would be analysed and considered for incorporation in service as their expertise of issues is unparalleled.”

One hopes the other defence forces, too, follow in the footsteps of the Coast Guard.