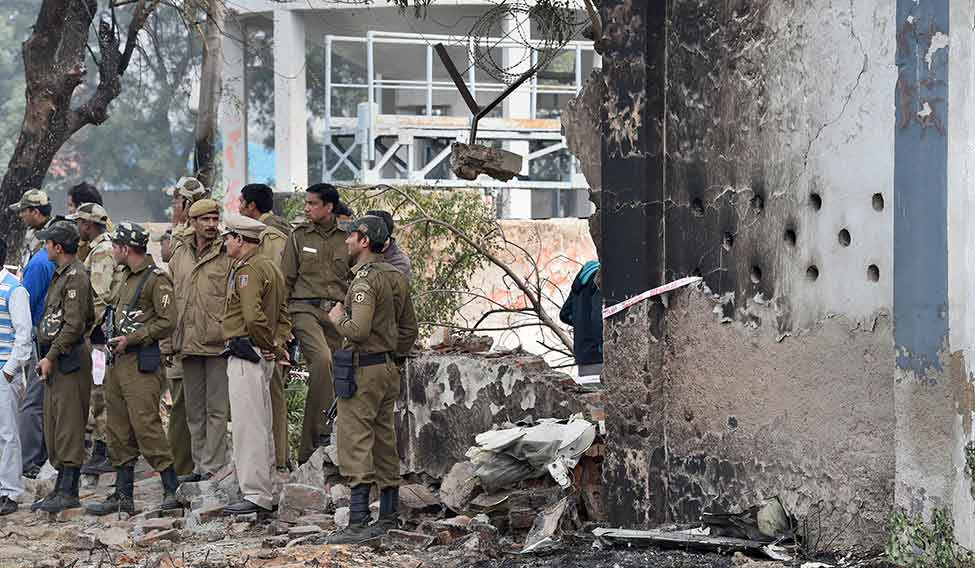 At Safdarjung airport, Home Minister Rajnath Singh looked downcast as he faced the families of the ten Border Security Force personnel who died in an air crash on December 22. Rajnath was lost for words when young Saloni, daughter of Sub Inspector Ravinder Kumar, asked him why such accidents claimed only soldiers and not VIPs.

Wazir Singh, father-in-law of co-pilot Captain Rajesh Shivrain, said that he told Rajnath that the plane had crashed because it was ancient. BSF chief D.K. Pathak refuted the charge saying the Beechcraft Super King was only 20 years old and had many more years in it.

The Beechcraft was flying from Delhi's Palam airport to Ranchi when it crashed. In the pilot's seat was Deputy Commandant Bhagwati Prasad Bhatt, hailing from Kedarnath, Uttarakhand. Shortly after taking off, Bhatt noticed a snag, possibly in one of the two engines, and turned back.

Despite the loss of power during descent, Bhatt manoeuvred the aircraft away from Shahbad Mohammadpur village, which has a huge aviation fuel depot. The plane then crashed into the boundary wall of the airport. 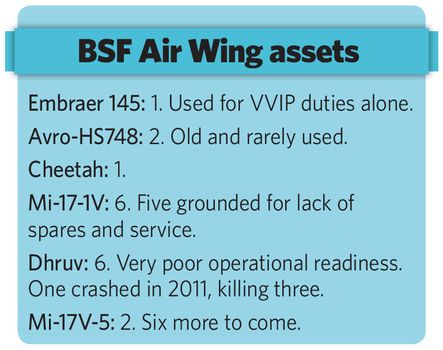 A DIG-rank officer from the BSF Air Wing said, “Bhatt was an ace pilot and the team of technicians with him was our best. Their loss will hit us hard in terms of operations, for a long time.” The six technicians who died were trained to service the new Mi-17V5 helicopters being inducted into the force. Former BSF personnel have come out against the neglect faced by the Air Wing. “The BSF has only four fixed-wing aircraft, including two vintage Avro HS748s and an Embraer 145, which is out-of-bounds for BSF personnel. The over-burdened Beechcraft was the plane which was keeping the BSF operational in reality,” former BSF additional director general P.K. Mishra told THE WEEK. “Despite many efforts and requests, we have not been able to acquire or hire a new plane for meeting the requirements of all the paramilitary forces, and this reflects the neglect faced by the paramilitary forces which are the actual fighting forces of the country.”

While the fixed-wing planes are maintained and manned by the BSF personnel, the helicopters are manned by Air Force pilots. The helicopters, Mishra said, are in a bad shape. The rotary wing fleet comprises six Mi-17-1Vs, two Mi-17V-5s, six Dhruvs and a vintage Cheetah. Six more Mi-17V-5s are to join the fleet. “Because of the bad maintenance practices of the helicopter wing, we have come to a situation where five of the six Mi-17-1Vs are gathering dust in the hangars at Safdarjung airport.”

Mishra, who is now with Vivekananda International Foundation, a think-tank, said that the rotary wing fleet's operations would not improve because Air Force pilots on deputation refused postings to bases outside Delhi.