The test was conducted near Chandipur in Odisha 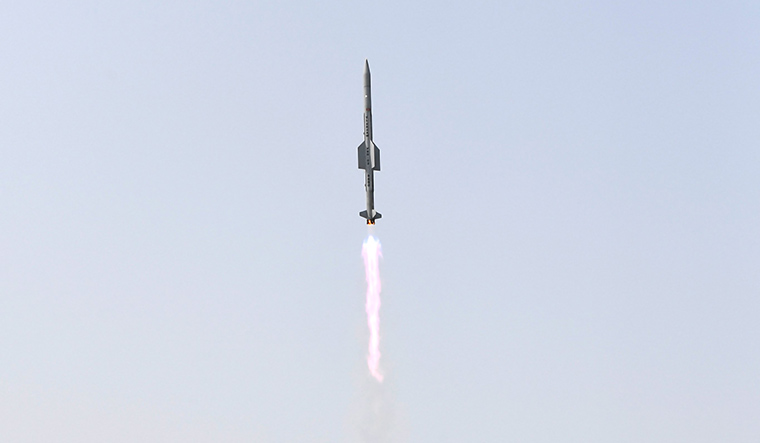 (File) The VL-SRSAM in flight | DRDO

DRDO officials said that the launch was conducted from Indian Naval Ship, off the coast of Chandipur, Odisha. They added the VL-SRSAM is a ship-borne weapon system which is meant for neutralising various aerial threats at close ranges including sea-skimming targets.

In a release by ministry of defence, officials said, “The launch of the system was conducted against a high speed aerial target mimicking aircraft, which was successfully engaged. The flight path of the vehicle along with health parameters were monitored using a number of tracking instruments deployed by ITR, Chandipur. The test launch was monitored by senior officials from DRDO and the Indian Navy.”

Chief of the Naval Staff Admiral R Hari Kumar  appreciated the team and said  the development of this indigenous missile system will further strengthen the defensive capabilities of the Indian Navy.