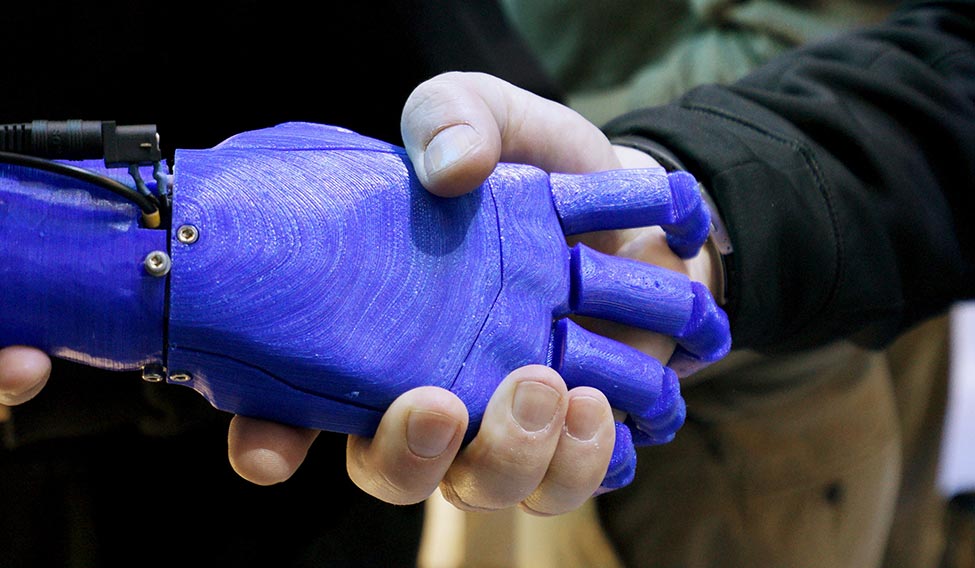 India is on the cusp of an artificial intelligence revolution

Imagine having acute stomach pain all of a sudden. You call the emergency line of a hospital, but the call is put on hold. After a while, a customer care executive comes on the line, but he is unsure which doctor or department to refer to.

Enter Marvin, an artificial intelligence-driven chat platform developed by racetrack.ai, a Bengaluru-based startup. Marvin connects you instantaneously to the hospital’s website, finds a doctor who is free to attend to you and fixes an appointment. The platform uses advanced chatbots that operate round the clock. Racetrack.ai is currently in talks with several hospitals to implement the technology.

Subrat Parida, who founded racetrack.ai in 2015, says India is on the cusp of an AI revolution. According to him, Marvin can cater to sectors as varied as banking, insurance, health care, education, e-commerce and real estate. “Marvin not only engages with the customer intelligently, but also makes conversations fruitful and more intellectual with every chat,” said the 35-year-old.

AI is in a very early stage of adoption in India. It is a domain where Indian companies are expected to compete with US and Chinese companies. “Many AI applications are being used in the enterprise space and we are silently adopting consumer AI using Google search and Apple Siri. At the same time, large companies are building applications using machine learning and AI to solve their data-intensive problem sets. It is being adopted to understand consumer behaviour and make recommendations. Demand for AI will rise substantially after self-driving cars are on the road for people to experience AI. I feel that it will be the biggest change in the software industry…. Within 10 years, most technology jobs will be AI software development. This is significantly bigger than [the impact of] the microprocessor, the internet or the mobile wave in technology,” said Ishdeep Sawhney, founder and CEO of Banihal.com, a neuroscience-based recommendation engine for finding perfect life partners.

Market reports say more than 60 per cent of enterprises worldwide will use AI-driven technologies by 2018. It means AI-based innovations have immense growth potential, provided that they solve fundamental problems. “We have seen huge buzz around chatbots this year and this development has excited everyone, especially because it has opened various avenues of conversational interface,” said Ninad Raval, director, product and design, at Flock, an enterprise messaging app. “However, we feel problems will arise when inputs provided are not structured, or if you write something that chatbots do not understand. Chatbots are useful for repetitive tasks or simple tasks like booking tickets and reminders. But the real question is whether companies can develop chatbots to offer real human solutions to their customers. We have a long way to go.”

Software major Microsoft is helping developers create bots that can interact with humans. Microsoft’s Cortana uses predictive capabilities and speech recognition models to recognise Indian accents, converting voice to text that Microsoft’s backend systems understand and respond to. Through another set of models, the backend response is converted into speech, which is played out in Cortana’s voice. “In the 2016 assembly elections across five states—Assam, Kerala, Puducherry, Tamil Nadu and West Bengal—Microsoft’s Bing [search engine] helped voters stay updated and make informed decisions,” said Anil Bhansali, managing director, Microsoft India R&D Center. “As a first step, Bing helped voters get comprehensive information about parties and candidates at their fingertips. Having equipped the voters with the right information, Bing guided them to polling stations by displaying the location of polling booths. The feature enabled users to access all this information by simply entering their voter ID on Bing search.”

Microsoft is also working with the Andhra Pradesh government on a machine-learning model to analyse dropout trends in schools. The model, called Azure Machine Learning, analyses data to identify struggling students who are likely to drop out of 10,000 schools across the state. Thanks to Azure, officials have made more than 6,00,000 predictions and have taken preventive measures.

In the field of health care, L.V. Prasad Eye Institute in Hyderabad is using Azure to predict the final outcome of eye surgeries. “Using a predictive model that helps predict regression rates for eye operations, doctors can pinpoint the procedures needed to prevent and treat visual impairments,” said Bhansali. “Using the data, doctors can also better understand the risks involved for a particular patient, which leads to more effective treatment while reducing costs.”

According to Atul Rai, CEO and cofounder of Gurgaon-based Staqu Technologies, AI-driven automation can help companies drastically reduce operating costs. The e-commerce sector, which has been struggling to turn in profits, could well be the biggest beneficiary of AI. Also, an AI-powered system could improve the health care network in India, which has a very low doctor-to-patient ratio.

“There are cases where AI has been found to be much more accurate than humans in diagnosing early stage cancers,” said Rai. “In the financial services sector, problems regarding the implementation of KYC (know your customer) norms could easily be resolved by setting up a smart recognition system in collaboration with the existing UID [Unique Identification Authority of India] database. Also, as one of the top content generation countries, India could further adopt AI for verifying images, videos and texts.”