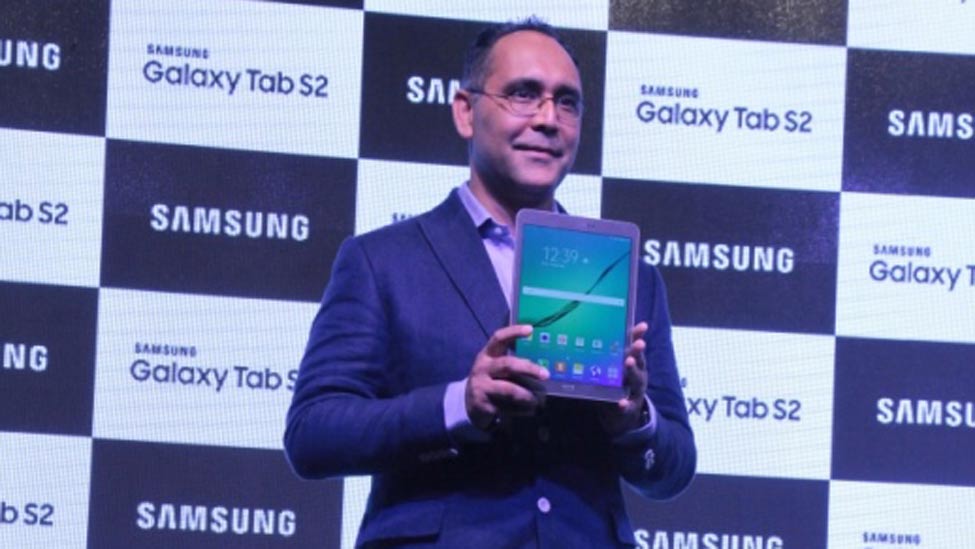 Samsung India aims to tap the growing 4G market in India with the launch of its 4G enabled Galaxy Tab S2, billed as the one of the slimmest (5.6mm) tabs in the world, weighing just 392 grams.

With this latest edition, wholly manufactured at its unit in Noida, the Korean electronics major also intends to benefit from the enterprise market and the growing requirements in the education segment in the country. Priced at Rs 39,400, the tab offers pre-loaded access to the latest applications related to news, entertainment and products.

“Tab is being increasingly used for browsing, watching videos and reading news and books in India. With an AMOLED display and 4:3 screen ratio, this tab will be the best for reading and browsing. India is an important market for us and we are experiencing a healthy growth across both premium and mid range segments. We are committed to the Indian market and this product is made in India and made for India,” Manu Sharma, director, Mobiles, Samsung Electronics during the launch of the tab in Bengaluru.

As per the latest findings of International Data Corporation (IDC) Indian tablet market grew at a healthy 23 per cent in quarter 2 of 2015, recovering from a slow start in quarter 1. In Q2 2015, tablet market in India clocked 1.04 million unit shipments with 22 per cent growth when compared to the same period last year with a year-to-date growth of 15 per cent. This was mainly due to a Bureau of Indian Standards (BIS) deadline on power adapters which was earlier slated to be May but was later moved to a later period. This had forced a few vendors to push high volumes of their existing non-BIS compliant inventory during the early months of Q2 of 2015.

“For the tablet market to grow further, consumer demand is vital, Karthik J, senior market analyst at IDC India, said, noting that the tablet category is struggling to justify its existence between larger smartphones and Notebook PCs.

According to IDC, almost three fourth of tablets sold in India are connected tablets (2G/3G/4G enabled) and 54 per cent are 3G enabled, owing to limited Wi-Fi hotspots in the country. “With 4G network now being available nationwide through Airtel and more operators waiting to join the league, India offers a positive picture for the next generation 4G connected tablets,” research manager at IDC India Kiran Kumar pointed out.

Experts at IDC said although consumer market outlook appears to be stagnant for tablets in India, the commercial segment is expected to witness growth especially through government and education projects.

A strong differentiating use, case specific to tablets, which could either be a solution or a technology itself, is required to revive the interest in the category, Karthik pointed out.