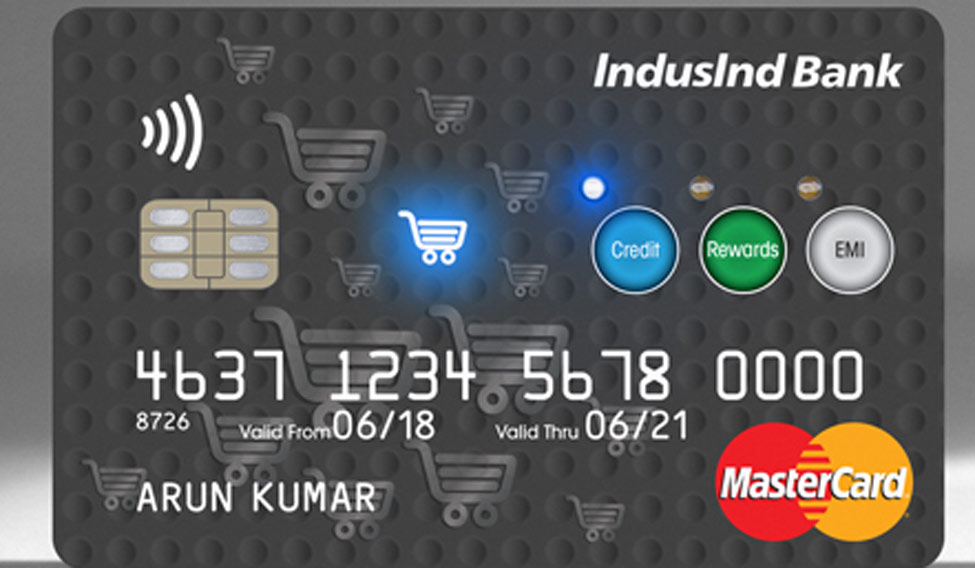 Are you fed up of carrying multiple cards—credit, debit or loyalty card in your wallet? It will be a thing of the past once the battery-powered interactive cards hit the Indian market in 2018. IndusInd Bank in India and Dynamics, the US headquartered company involved in the next generation payments cards and systems, are together aiming to introduce such cards in the Indian market in 2018.

As per Dynamics, the first-of-its-kind card will reduce consumer risk from data breaches and allow consumers to keep a single card with credit, debit and loyalty facilities, which can be swapped at the touch of a button. The card is expected to allow consumers to redeem offers from merchants more easily without coupons. It has a large, digital, dynamic display and is IoT (Internet of Things)-enabled through an always-on cellular connection.

The card has a seamless process of working. “When a consumer presses a button (for instance, to pay with points), a flag is introduced into the magnetic stripe, emv, and contactless data that states the transaction is a points transaction. The credit card authorises as a normal credit card. Thus, every merchant will see the transaction as a credit transaction and will be paid immediately by the network/bank. After the authorisation, a process looks to see if there is a flag. If a points flag is found, a points redemption process is initiated. If an instalment flag is found, an instalment process is initiated,” explained Mullen.

The company claims that it is the highest volume producer of edge-to-edge flexible electronics in the world. One of Dynamics volume releases is the CIBC Tim Hortons Double Visa Card in Canada. The card is similar to the IndusInd card in that it includes a button to pay with credit and a button to pay with points. “The CIBC card is one of the fastest growing co-brand retail cards in the history of Canada. IndusInd is the first bank to introduce pay with instalments. Dynamics cards traditionally do not carry any extra fee to the consumer,” remarked Mullen.

Dynamics is currently in talks with several banks in India for introducing such a card in India. The company is also in the process of setting up a certified facility in Mumbai for the personalisation and fulfilment of its card products in India.

Your form could not be submitted.
This browser settings will not support to add bookmarks programmatically. Please press Ctrl+D or change settings to bookmark this page.
Topics : #Information Technology | #technology | #digital payments