The ABCD of CBDCs 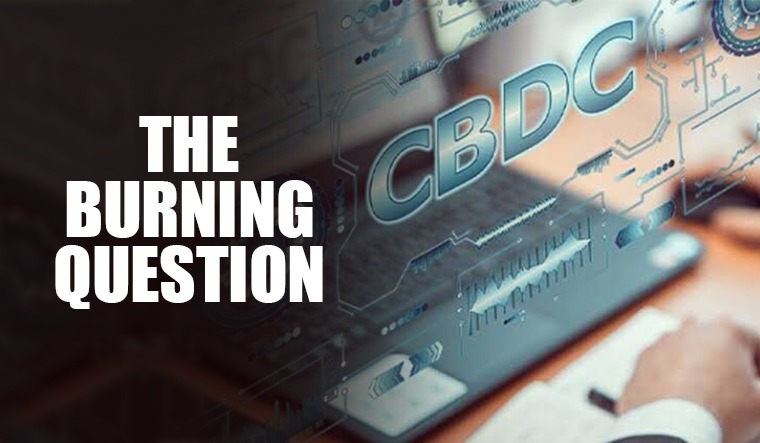 The 2020s, or the little of what we have seen of the decade, is an era of interesting historical parallels in the world of finance. If China’s Song dynasty was the first empire to issue paper currencies, as a move away from the use of cumbersome metals and stones that dominated global trade, Beijing is now in the forefront of erasing that earlier legacy. China is now miles ahead of any of its counterparts in the development of a sovereign Central Bank Digital Currency (CBDC)—the Digital Currency Electronic Payment (DCEP) or the e-yuan—that could potentially mark the demise of physical cash. In China, CBDC pilot projects have been underway since 2019 in Shanghai, Chengdu and Beijing. Other countries are hot on the heels. Sweden has been testing out its e-krona in partnership with Accenture, and are soon to bring banks in. A 2021 BIS survey had found that over 86 per cent Central Banks in the world were actively researching CBDCs, and 14 per cent were even deploying pilot versions.

In India, the Reserve Bank (RBI) has proven itself quite cognisant of the global shift. In a detailed July policy document, the Central Bank had laid out the pros and cons of developing CBDCs, highlighting that the finance ministry had recommended the introduction of CBDCs as a digital form of fiat money in India. According to a statement by the RBI governor, pilot projects will commence from the first quarter of 2022. In the Parliament winter session, the finance ministry confirmed that it has taken a proposal from the RBI for an amendment to the Reserve Bank of India Act, 1934 to improve the scope of the definition of ‘bank note’ to include currency in digital form.

Why CBDCs? Why now? It is quite fashionable to blame the rise of cryptocurrencies like Bitcoin as the major reason for the nation states pushing back, but a deeper analysis would disprove the argument. Bitcoin (and a majority of its successors) has long dropped any façade of ambitions to become a global medium of exchange—they are now outlier stores of value at best. Instead, the reasons behind this global Central Bank frenzy are two-fold.

The first and the most important is the rise of stablecoins. One of the major issues faced by cryptocurrencies is the extremely high volatility in prices. Stablecoins, values of which are pegged to a more stable asset, solve for that. Tether (USDT), Terra (UST) and Circle (USDC) are all pegged to the US dollar, and function as efficient bridges between traditional and crypto finance, threatening the primacy of the traditional global payment rails. Add to that the rise of projects like Diem (Libra), Meta’s own cryptocurrency, which would be pegged to sovereign currencies like the US dollar, which has sent shivers down the spine of regulators around the world. Meta (with Facebook and WhatsApp) already has a captive userbase that rivals most nation-states. It has announced its plans to create a metaverse, or a virtual world, as a complement to the real world. Now, the company is announcing its own currency. The potential implications are huge, not isolated to a real looming threat to the state’s monopoly over money (and seigniorage) for the first time in centuries.

Then there is the geopolitical angle. China’s acceleration into its CBDC project will prove a serious threat to dollar’s unrivalled domination over the global financial system, with a potential to overturn the US hegemony over cross-border payment systems like SWIFT.

There are other domestic factors in play too, particularly in regions where physical cash has all but disappeared in favour of online payments. In countries like China (whose landscape is dominated by a handful of payment operators like Alipay and WeChat Pay) and Sweden, there is an urgent public policy need for the state to jump in and provide an alternative to monopolies and complete payment privatisation, and prevent threats of financial exclusion.

How should a CBDC system be designed?

There are numerous potential advantages and pitfalls, and a multitude of issues to be considered, prior to the development of CBDCs. The first and the most important question will be on the use case of the digital currencies. A lot of the reasons behind the push for CBDCs emerge from external stimuli and top-down geopolitical factors, so what, in essence, can a CBDC offer its end users? Is the CBDC being designed to replace physical cash or complement it? How would an e-rupee wallet work differently from, say, the numerous United Payments Interface (UPI) operators already on the market? For the general public, the end result or the interface could well be the same. However, there are major differences in the back end—CBDCs will be legal tender issued by the RBI in a digital form, the same as fiat currency [rupee], exchangeable one-to-one with fiat, and appearing as liability on the Central Bank’s balance sheet. 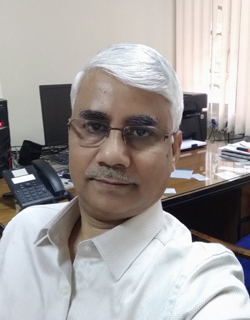 What are the technical design considerations in a CBDC system? That is one of the thorniest questions facing our policymakers. Should it be in the traditional centralised ledger form, should it make use of decentralised ledger technologies (DLTs) like blockchains, or should it be in a hybrid format? "Some sort of DLT technology will surely play a part in CBDC design," says Professor Debashis Saha from the Indian Institute of Management Calcutta (IIM-C), and the author of the paper The Techno-Economics of Central Bank Digital Currency (CBDC): An Exploration. "Take an example. If the system is very large, catering to billions and billions of nodes, one design choice would be to view the system in multiple layers/tiers. We can take a leaf out of the design of the internet, which is highly centralised and private with a few ISPs at various tiers in the backend, and highly distributed and public in the peripheries, which is where users like you or I would jump in and out. In a similar way, the CBDC system can be more private, permissionless and fully replicated at the core [where cryptographic keys and security are maintained by the Central Bank] and public, permissioned and less replicated towards the peripheries—which is where the retail CBDC transactions take place. In between, there can be a gradual transition of tiers,” says Saha.

One of the biggest factors to keep in mind would be inter-operability between different types of CBDC systems, which would call for cooperation between nations. One of the major functionalities of CBDCs would be seamless cross-border money transfers, which is in its current form expensive, glitchy and slow; if CBDC systems from two countries can’t talk to each other, the inefficiencies from the earlier system would effectively be imported into the new one.

And there are some crucial pitfalls to keep in mind. How do we incentivise the adoption of CBDCs, while at the same time preventing an upheaval in the current financial system? There is a very real threat of disintermediation of banks—loss of deposits (flight of capital) from banks in favour of CBDC wallets could vastly affect the role of banks as the credit creators in the economy. In times of economic crisis, the threat of bank runs looms large. Banks will have to adapt and change, says Saha. “Banks will have to transition and transform amid the digital disruption. Currently, microlending, for example, is not something banks look at because of the overheads. Once they turn digital, and lean and agile, such avenues open up,” he says.

Countries have found workarounds though. China, for instance, uses a multi-tier CBDC system, where the People’s Bank of China (PBOC) issues the CBDCs and settles the transactions, but the wallets are maintained (and services provided) by licensed banks. This ensures that private sector innovation is not clamped down on, while ensuring that there is a role for traditional financial institutions in the new normal.

There are other ways too. Bahamas, which recently released the CBDC Sand Dollar, restricts the amount of CBDC one can hold in a wallet. There can also be tier-based incentive programmes. For instance, there could be incentives for keeping up to Rs 6,000 in the wallet, but drastically reduced for anything above that. The options are numerous.

With the launch of CBDCs, Central Banks will also have to ensure an adequate balance between privacy and security.

On the one hand, they have to ensure that the systems are completely impregnable, and only the currency that they have issued is in circulation.

On the other, they will have to ensure a certain quantum of privacy in transactions. One of the biggest advantages of CBDCs is that it allows Central Banks to implement monetary policy in a surgical fashion. Depending on the economic needs at the point of time, they can implement variable interest rates on wallets, ‘helicopter drop’ targeted stimulus cheques in times of crisis like COVID-19, and ensure smooth and highly efficient implementation of Direct Bank Transfer (DBT). The “programmable money” offers vast new arrays of opportunities—stimulus money from the government can be coded to be used only in sectors (like subway transportation or PDS rations), and even controversial moves like CBDCs with expiration tags (money which disappears if not used within a certain date, for instance) are within the realm of possibility. This, however, gives rise to a dystopian threat of complete state surveillance. “This can be tackled with moves like the use of multi-tiered wallets. There are low-grade wallets which would not require KyC, but is limited in functionality, and there are high-grade wallets which would require stringent identification measures,” says Professor Eswar S. Prasad, Tolani senior professor of Trade Policy at Cornell University. There are other technical remedies. An example would be offline P2P functionality that mimics physical cash, while another would be use of hardware wallets, or even cryptographically masked transactions.

From a geopolitical sense, the rise of CBDCs would mean a complete realignment of the global financial landscape. The dominance of dollar would be eroded to a large extent.

There are geopolitical games in play. China, whose yuan currently accounts for just two per cent of global reserves as opposed to the US dollar at 60 per cent, will be looking to disrupt the landscape. According to a study by Evan Freidin at the Lowly Institute: “The long-term potential of the digital yuan will be its ability to subvert the power of the American dollar by enabling countries sanctioned by the United States, such as Iran, North Korea and possibly Afghanistan, to conduct greater business with China. Countries close to China could use the e-yuan and alleviate the burdens imposed by sanctions. It will also challenge the ability of the United States to enforce international trade penalties against Chinese companies, such as Huawei and Douyin.”

At this point in time, says Prasad, it is unlikely that e-yuan can challenge the dollar. “The need for the dollar as vehicle currency will decline. The need to send payment messaging through SWIFT will decline, as China’s CIPS will not only help send cross-border payments but also act as a messaging system,” Prasad said. “All of this will erode the dollar’s role in the global market. But, a digital yuan in itself will not change foreign investors’ lack of trust in China’s markets, given how capricious their recent policy changes have been. Ultimately, increase in prominence of yuan will affect second-tier currencies like Euro, Japanese Yen, Pound and Sterling.”

In other words, we will see a realignment of currencies, but the dollar will remain on its pedestal. For now.