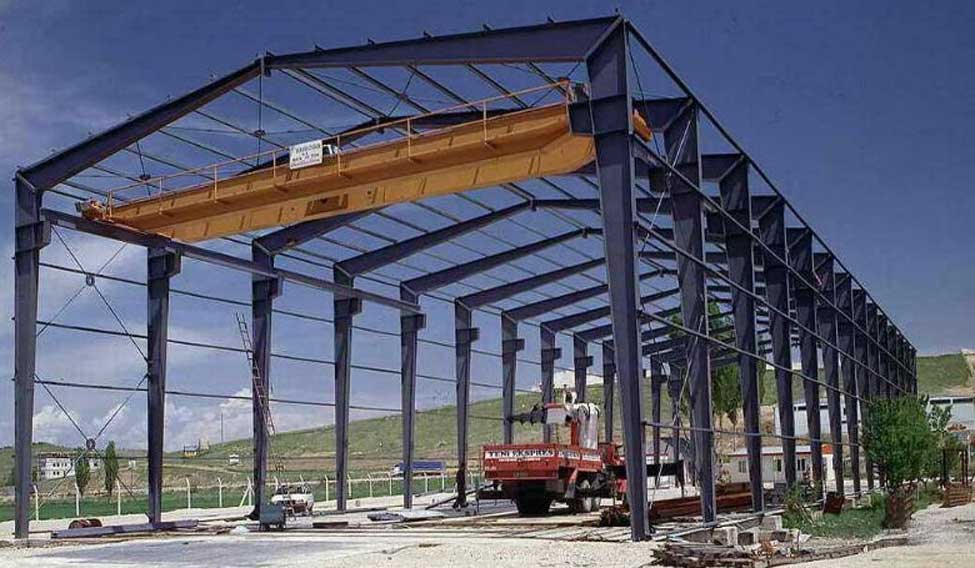 An example of Pre-Engineered Building via Commons

The Pre-Engineered Building (PEB) technology is expected to speed up infrastructure projects in the country and the PEB industry is expected to be around Rs 5,000 crore in India and is growing at a rapid pace. PEB technology speeds up construction, brings in high durability, low maintenance costs, versatile use and it also brings in ease of expansion of the building. PEB solutions are gaining huge traction in India and are preferred mostly in western and developed nations as an alternative to conventional construction that involves constructing at the site of the project. Through PEB technology, the building units are completed at the factory premises of the manufacturer and the projects can be finished faster, say at one-third of time than a conventional construction.

Noida-based building solutions company, Everest Industries, has been instrumental in popularising this concept of PEB and the company has been involved in the construction of projects like Ro-Ro Ferry Terminal in Gujarat and the Goa Shipyard, which is one of the tallest PEB building in the country recently. Interestingly, the Goa Shipyard has 50 lakh screws and each hole for that score is made as per the correct alignment. “The Pre-Engineered Building (PEB) technology can help solve the problem of prolong delays of some projects. In India, the Goa Shipyard took 11 months to complete and we had to design the place in such a way that a ship could comfortably enter inside. We also completed a Tata Power facility in just 9 months time frame. Currently, we are using the PEB technology to build a facility for the Indian Army, near Leh, where the temperatures can go as low as -35 degree celsius. The conventional method of construction would not be able to withstand such a kind of low temperature,” explained Manish Sanghi, the Managing Director of Everest Industries Ltd.

Currently, the Everest Steel Building Solutions have completed more than 2000 PEB projects covering more than 5 crore sq.ft of construction across 275 cities in 29 states in India. The company has also been involved in the construction of the Al Hamra Tower in Kuwait, which is one of the world's tallest buildings and also the new Mumbai International Airport terminal. “In the US and Europe, PEB projects are the preferred ones due to the faster turnaround time and the fast pace of completion and above all better control over the project,” added Sanghi.

The Pre-Engineered Building division of Everest Industries Ltd, also launched a Technical Manual on Pre-Engineered Building (PEB) technology in Bengaluru. The manual, has been developed by Everest Industries in close consultation with consultants, architects, engineers, project managers, government institutions and industry experts. It is expected to be used by architects, design engineers, and project managers as a technical orientation and reference guide, for designing, detailing, manufacturing and erection of Pre-Engineered Steel Buildings.

Your form could not be submitted.
This browser settings will not support to add bookmarks programmatically. Please press Ctrl+D or change settings to bookmark this page.
Topics : #engineering | #technology