India's smartphone shipment to decline in Q4 due to supply challenges: IDC 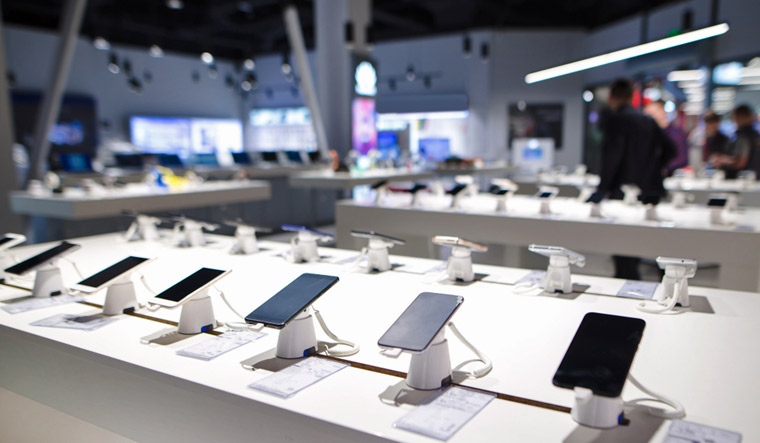 Smartphone shipment in India is expected to see a decline in the December quarter due to supply challenges, resulting in annual shipments below 160 million in 2021, according to research firm IDC.

The first half of 2022 will remain challenging, with some easing out expected in the latter half of 2022, he added.

"Vendors/channels will keep an eye on the over-stocking situation in case demand stays limited due to the price hikes by the suppliers and vendors," Singh said.

The smartphone market registered a year-on-year decline of 12 per cent in the September 2021 quarter.

IDC said much of this can be attributed to component shortages as well as an "unusually high third quarter 2020 comparison base" (whereas this year's post-lockdown demand was addressed by July).

"Compared to the third quarter of 2019, September 2021 quarter grew by 3 per cent as channels stocked up for the Diwali quarter amid the supply shortages," it added.

Online channels clocked a record high 52 per cent share, although, with a 5 per cent y-o-y shipment volume decline, it said adding that offline channels registered an 18 per cent year-on-year shipment decline.

IDC said India was the third-largest 5G smartphone market globally with 7 per cent of worldwide 5G shipments, shipping 10 million units at an ASP (average selling price) of USD 401 in the September 2021 quarter. From January-September 2021, 17 million 5G smartphones were shipped to India and are expected to be under 30 million for 2021.

The OnePlus Nord CE, iPhone 12, and Galaxy A22 were the most popular 5G models in the quarter under review.

Overall ASPs peaked at $196, driven by price hikes and a greater 5G contribution, IDC said.  The sub-$200 segment dropped by 24 per cent, while $200-plus smartphones grew by 56 per cent, signalling a shift to higher price buckets, driven primarily by supply, it added.

"IDC believes that a growing dependency on smartphones triggered by remote work and learning, as well as a subsequent requirement for better quality hardware is pushing consumers to spend more. With continued chip shortages and logistics costs, brands are also compelled to expand upwards in terms of price points across channels," IDC India Research Manager, Client Devices Upasana Joshi said.