Time to smell the roses 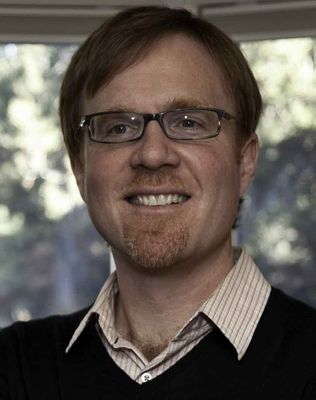 Do you see a future for the Unconnected Movement? What and who will drive this movement?

Yes, various movements are forming, including the global Slow Movement.

Time is a renewable resource, but we are sold the idea it is scarce. It is been stolen from overworked single moms and business executives. There is a David-and-Goliath battle under way today all around the globe; the Unconnected Movement is a part of it. There is spiking interest in the international Slow Food Movement and in decompression activities like tai chi and Slow Travel. Each year in Austria, people gather from all over Europe in Wagrain for the annual conference of the Society for Deceleration of Time, whose members explore pragmatic means of slowing down. In Japan, the Sloth Club advocates a less-hurried and more harmonious lifestyle, and it has swollen to 700 members, part of a trend called the Latinisation of Japan.

Tell us about your book, New Slow City, and the idea of 'technology fasts'?

New Slow City originated with a somewhat angry question. It came from a reader of Twelve by Twelve: A One-Room Cabin Off the Grid and Beyond the American Dream, my previous book about living in a 12x12ft off-grid cabin in North Carolina. 'It is easy,' she wrote, 'to find minimalism, joy, connection to nature, and abundant time in a shack in the woods. But how the hell are the rest of us supposed to stay sane in our busy modern lives?' I received a hundred variations of this question in emails, after lectures, during television and radio interviews. I answered by saying I was living 12x12 values, but in Queens, New York, the home to which I returned after my time in the cabin. But as each year passed, the reader’s doubt increasingly became my own as overwork, material clutter, and the lack of contact with nature brought me to a point of extreme unhappiness in Queens. Eventually, I, too, doubted it was possible to live 12x12 in a city, and I felt an urgent need to decamp far from urban life. As I reached this point, my newly-wed wife, Melissa, was offered an excellent job that demanded we stay put in New York City, and I suddenly had no choice but to figure out how to take what I’d learned in 12x12—about the Leisure Ethic, connecting to nature, and living simply—and somehow make it work in the real-world context of a marriage and two careers. In an attempt to do this, Melissa and I embarked on an experiment. We sold or gave away 80 per cent of our stuff, left our 1,600sqft Queens townhouse, and moved into a tiny rental: a 340sqft micro-apartment—roughly two 12x12s—on the fifth floor of a nineteenth century walk-up in downtown Manhattan. Voila, New Slow City was born! It’s a memoir of a year living the Leisure Ethic in a New York minute, an adventure into smart-city trends ranging within the growing global Slow Movement.

In terms of 'technology fasts', we turned off our gadgets on weekends, utilising the 'vacation auto-response' on our email. This helped the quality of our relationship because we had more time focused on each other and the 'real' world around us.

How would IT companies adapt to this movement?

Forward-thinking US technology companies such as 37signals and Treehouse have implemented and maintained four-day weeks, noting an improvement in morale, retention, and quality of output. They are trying to get their employees more unconnected to make them more productive. Two months ago, Sweden announced that the country would experiment with six-hour work days. One of the richest men in the world, Carlos Slim, is calling for a three-day work week. It is spreading. There is this sea change of attitudes with more unplugging. I slashed my working hours from more than 50 a week to 20—just Tuesdays and Wednesdays—with a five-day weekend, mostly unplugged and thereby building my creative reservoirs and enhancing productivity.

Well, it is hard to reduce what I learned in our Slow Year to a sound bite. It took much effort to try and stretch a New York minute into an hour, and a great way to discover what I learned is through the new trend of Slow Reading. We are so distracted by tweets and the barrage of email that we rarely sit with a book on a non-internet-connected device or better yet the physical book, and simply enjoy it for hours on end. Nineteenth century British essayist Thomas Carlyle wrote, 'Man was created to work, not to speculate, or feel, or dream. Every idle moment is treason.' This is even more the prevailing ethos today. Journalist Carl Honoré reported on how American workers lost the roses. It is treasonous to ask for something the American labour movement demanded a century back, when union members hoisted banners reading 'Bread and Roses'. The bread was good wages. And the roses? American workers were demanding time, in the form of shorter working hours. Time to smell the roses.

William Powers is an award-winning writer and author of New Slow City: Living Simply In The World's Fastest City