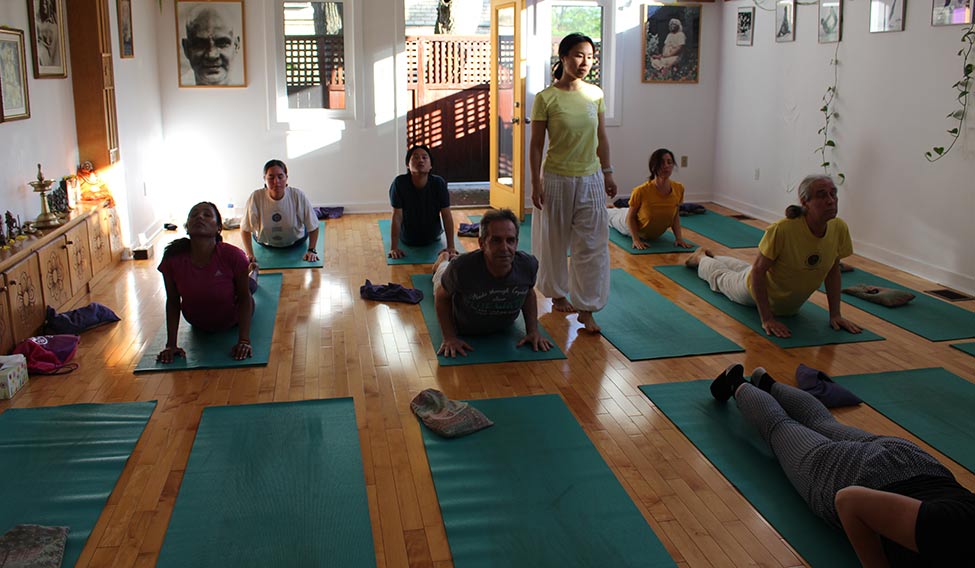 The Sivananda Yoga Centre is a partner of Toronto school board

The Sivananda Yoga Vedanta Centre at 77 Harbord Street in Toronto has been teaching people to “spread peace, health and joy through yoga”. Noahora Sierra, 57, who is from Colombia and has settled in Canada, has been doing yoga asanas five days a week and meditation twice a week since 2012, and it has made a world of difference for her. Doing yoga gives her a positive feeling, said Sierra. She and her daughter are regular visitors at the centre, established in 1962.

Times have changed and with it the forms of yoga, too, have changed. The centre, however, still follows the principles established by Swami Sivananda, one of the most prolific yoga teachers of all time. For the students and trainers, the centre becomes an extension of their family. Many don’t go back. Silvida Vukadinovic, 52, left her home in Yugoslavia 27 years ago to learn yoga after she attended lectures by Swami Vishnudevananda, a disciple of Sivananda.

“To learn always is a personal choice, and nothing better than yoga and meditation has come to me so far,” said Vukadinovic, who has taken the name Saraswati. She and her husband, Prahlad Reddy, are directors of the Toronto centre. Comprehensive yoga is all about proper exercise, proper breathing, proper relaxation, proper diet, positive thinking and meditation, she said.

There are four Sivananda ashrams and six yoga centres in North America. The ashrams offer teachers’ training courses. Students who get training start their own centres, said Durairaj Narayanaswamy, a yoga teacher at the Toronto centre.

Retired IT professional Varad Desikan finds the Toronto centre an inspirational place and a centre of God. “You not only learn yoga, but also get a divine feeling,” said Desikan, 77, who is from Bengaluru. Desikan was on blood pressure medication, but after he took up yoga and meditation six months ago, his BP is under control and he is off medication.

The centre is an approved educational partner with the Toronto District School Board and organises programmes to teach yoga to school children. However, Indian philosophy and Upanishads are not taught with yoga and meditation, said Vukadinovic. “Even when Vishnudevananda came to propagate yoga in the western world, he did not talk of Indian philosophy. He simply said it was a form of relaxation.”

For people interested in learning about the Indian philosophy, the centre offers separate classes. Indian vegetarian cooking, too, is taught at the centre.

Simone Stothiers, 42, hasn’t been to many yoga centres, but she finds the volunteers at the centre very friendly. Besides, yoga and meditation helped her with her headache.

Jyoti Shangugam, 27, has tried different forms of yoga, but she found the right balance at the centre. “I learnt the philosophy of yoga. It is not being on the mat, but off the mat. It teaches compassion for all and to take up challenges at various levels,” she said.