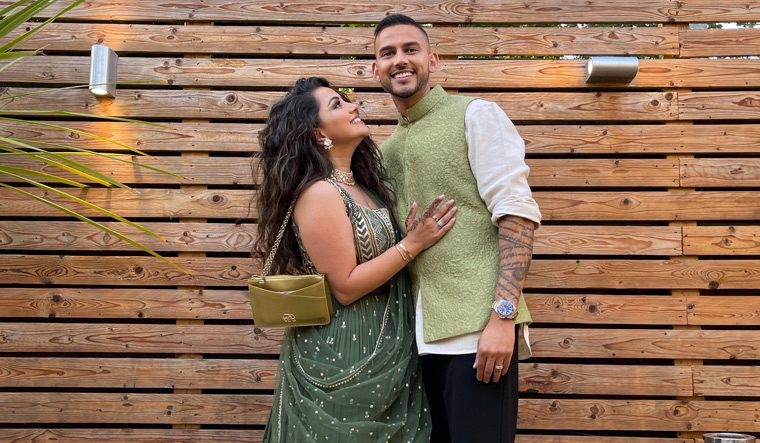 For the world reeling under pandemic woes, his books have been an oasis of hope, healing, and positivity. They offer much-needed wisdom to navigate the uncertain times.

Vex King, 34, is on a mission to teach people how to live a good life. Good Vibes, Good Life, his first book, was translated into 29 languages. Healing Is the New High, his latest, deals with self-healing techniques that can boost vibration­­­­—as he puts it.

Getting familiar with your vibration, Vex says, is essential to inner healing. Vibration is “the energy that courses through you and you radiate out into the world”. Vex believes it is “the key component to a greater life”.

“The feelings we project out into the universe are returned to us. If you feel joyful about life, you are going to receive more feelings of joy. Higher states of vibration promote positive feelings like gratitude and love,’’ Vex says, “Self-love can help you vibrate on a higher level and change your life for the better.’’

In 2012, Vex launched the Good Vibes Only #GVO movement on Twitter to encourage more positivity. Twitter went abuzz, and soon he had two lakh followers on the page he had set up to promote the movement. It changed many lives. However, looking back, Vex feels people misunderstood it. “They thought, you never feel anything negative. If you feel good, essentially you are going to invite experiences that help you feel good. But it doesn’t mean you never feel bad. It doesn’t mean you are never going to experience negative feelings,” says Vex.

Vex draws heavily from his own life. “My mother is from Gujarat and my father was raised in Uganda,’’ he says, “We have struggled a lot. I lost my dad when I was six months old. My eldest sister was four years old and I had another sister who was two years old.”

After the death of his father, his mother helped a family member run his business. “That was kind of providing her a living. However, the family member was emotionally abusive, and eventually the business went bankrupt and we were homeless. We didn’t have a home for roughly three years. Along with three kids, my mom struggled for many years,” Vex recalls, as his voice starts quivering.

Later, they moved to England; a relative asked Vex’s mother to run a shop there.

The area where Vex grew up was “extremely racist”. “As an Indian kid, I remember feeling angry. It was very hard to be friends with anyone in my area. No one liked me, because I was brown. I looked different and straightaway I was rejected. I did not want confrontation. I didn’t want to lose my temper,” he says.

Not one to give up, Vex looked for ways to shift the universe in his favour. During his teenage years, the internet was getting popular. He started reading stories of everyday heroes. They all had one thing in common—a different mindset or approach to life and they were reading certain books that would change their lives.

Vex’s life is a testament to how one can change destiny. There has been a great deal of debate around the role of nature and nurture in human development. “Human mind is like a sponge. Without conscious awareness, we absorb things—from the music we listen to, the TV shows we watch, the people who are around, your teachers,’’ says Vex.

You can change your life by rewiring your mind, Vex says. “If someone tells you that you are shy, you internalise it. When it is repeated so many times, it becomes a belief. It may stop you from interacting with people…. Some beliefs are helpful while some others are harmful. Once you are aware of these patterns, you can change them. You can change the way you view and approach life. But it takes commitment.’’

Vex puts his heart and soul into his writings, be it books or social media posts. He hopes his books will help people find happiness and success. He also wants to shield people from all the pain and heartache that he went through.

“People wrote to me and said they were experiencing depression and that my book was like a saviour for them. They were taking me seriously. My messages were helping people, and I felt good. Until then, I was just a YouTuber’s husband,” he laughs, referring to his wife, Kaushal Beauty, a popular make-up and beauty-related blogger. The couple tied the knot in a destination wedding in Mexico in 2018.

Vex tells us not to bottle up emotions. But what if things don’t go your way, I ask? Suppose you post something on Instagram, hoping it would get 1,000 likes, but it gets only 800 likes. “If I don’t get as many likes as I expect, I start questioning myself. Did I not say something that is powerful? Am I not helping people? The expectation is what is creating the suffering within me,” explains Vex.

Vex kickstarts his day by drinking around 600ml of water. “Drinking water first thing in the morning is good for the body and mind.... It helps with digestion and really energises you,” he says.

Vex meditates for around half an hour to two hours every day. On a good day, he does stretching exercises as well. Vex doesn’t feel bad on days when he is not able to meditate. “If you are not able to do meditation today, that’s fine. You can do it tomorrow,’’ he says.

Vex loves listening to music that uplifts him. He has songs that evoke good memories. Sometimes he finds himself visualising his day ahead.

Vex finds 20 minutes each day to read, however packed his schedule. He also enjoys doing things with a structure, like writing or creating something artistic. “I do my work. I take breaks. I do fasting,” he says, “It reminds me of my childhood when I didn’t have food. It reminds me of how far I’ve come. That also gives me a sense of gratitude.”