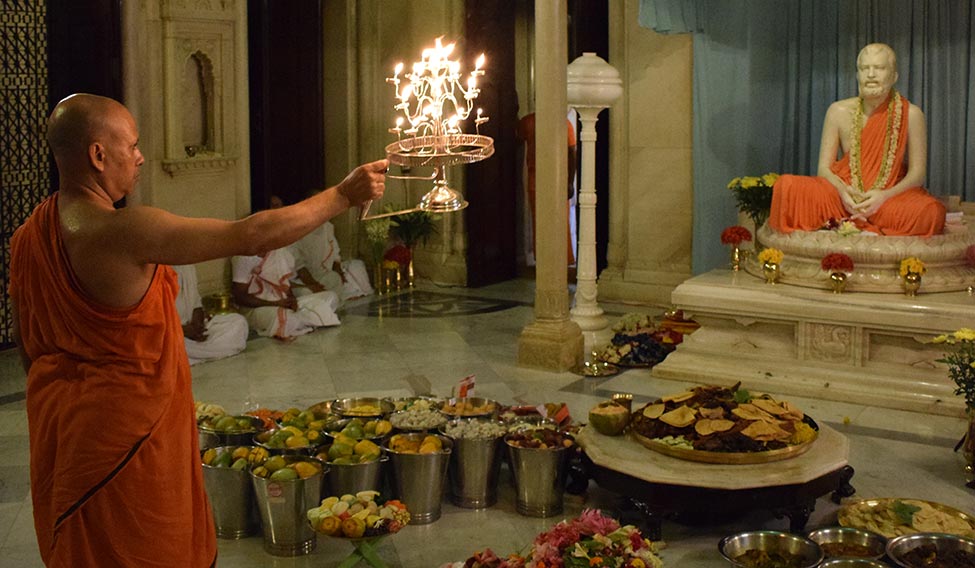 Eternal flame: A monk performing an aarti at Belur Math near Kolkata.

On August 14, 1897, three months after establishing the Ramakrishna Mission at Belur near Calcutta, Swami Vivekananda was travelling in a train with freedom fighter Bal Gangadhar Tilak. The disciple of Ramakrishna Paramahamsa had first met Tilak on a Pune-bound train in 1892. The following year, he addressed the Parliament of World Religions in Chicago. After he returned from America, Vivekananda was in touch with Tilak and other freedom fighters. So when they met again, Tilak asked him when and how India would achieve freedom. “India would attain freedom 50 years from now,” said Vivekananda. “But no one would believe how it would come. It would come surprisingly and suddenly.”

His prophecy came true: India became free, exactly 50 years later, at the stroke of midnight on August 14, 1947. “It was not a day before or after. Swamiji was a prophet and visionary. He could see what was coming in the future,” said Swami Suvirananda, general secretary of Ramakrishna Mission and Belur Math on the Hooghly river.

Vivekananda also foresaw the crises in store. “He predicted that India would be with problems, but there would be an abundance of economic activities and growth in science and technology, particularly defence technology. India would lead the world in spiritualism. But diseases would affect the nation as well,” said Suvirananda.

Vivekananda said the Ramakrishna Mission would become obsolete after 1,500 years and would be replaced by a new spiritual order of a new guru.

More than 100 years after it was established, the Ramakrishna Mission has expanded its reach in India and abroad. The mission has centres in 27 Indian states, including Jammu and Kashmir, but is yet to find its footing in Nagaland and Mizoram, where Christians are the majority. It has centres in 21 countries abroad.

Before Vivekananda spoke about Hinduism to the western audience, Raja Ram Mohun Roy and Keshab Chandra Sen had done the same. However, historians saw their attempts as Christianisation of the Hindu religion—making it a religion for upper classes. The Hindu religion was seen abroad as the domain of the elite class. But Vivekananda changed that perception with his Chicago speech.

“Vivekananda brought the idea of Ramakrishna at the right moment to the west,” wrote Helen F. Rubel in the book Sri Ramakrishna Movement in American Life. “He brought that to counteract the insurmountable difficulties that were arising in the mental and emotional life. Towards the end of the nineteenth century, due to the great strides made by science, the old disputes between science and Christianity became intensified. People in their difficulties and when trying to understand and explain life, turned to the church as divinely inspired, but found there the Christian theory of creation, the doctrine of original sin, and an anthropomorphic, extra cosmic god,” wrote Rubel. 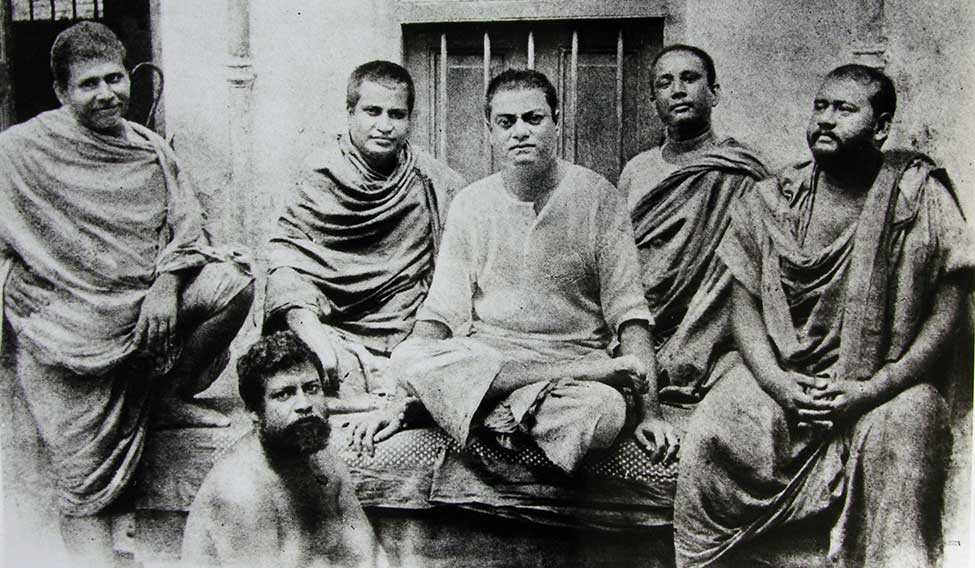 Vivekananda taught the west that church and God were not required to resolve problems, basic human behaviour could alter things. In a letter Vivekananda wrote to the daughters of the Hales who hosted him in Chicago, he said, “I am not going to leave this country without throwing one more apple of discord into this already roaring, fighting, kicking, mad whirlpool of American religion.”

Today, the Ramakrishna Mission has a significant presence all over the world in the form of the Vedanta Society. It organises spiritual talks, lectures, seminars and interfaith meetings. The mission also has divinity centres, like the one in Michigan in the US, where people go to experience solitude and pray, study and meditate.

However, it is yet to establish itself in the Muslim world. “Right things happen at the right time. Maybe in the near future we would be allowed a corridor in the Middle East,” said Swami Suvirananda. “The Ramakrishna order is the only order of monks in the world which has monks from different religions spread across Iraq, Iran, Bangladesh, Pakistan, Nepal and other nooks and corners of the world. We have monks who follow Islam, Christianity, Buddhism, Jainism and Zoroastrianism.”

Vivekananda did not promote religious conversion and neither does the Ramakrishna Mission. “If anything, the monastery tries to make a Hindu a better Hindu, a Muslim a better Muslim and a Christian a better Christian,” said a monk.

Despite its secular credentials, the mission is often referred to as a Hindu institution. Many years ago, the mission had approached the Calcutta High Court with a request to segregate itself from other Hindu religious bodies and be treated as a separate religious order. The High Court granted the request, calling it different from “crude Hindu religion”. However, the Supreme Court overturned the judgment because the mission had been formed on the principles of Vedanta, which is an intrinsic part of Hinduism.