Narendra Modi's surprise visit to Pakistan has evoked mixed response from young Pakistanis. “I think the visit is a step forward for peace between the two countries. It is bound to soften Modi's image in Pakistan,” said 30-year-old Faraz Qureshi, who works at the Sui Northern Gas Pipelines Limited in Lahore, a public limited company. He, however, said the contentious issues between the two countries would linger on. “No milestone achievement is to be expected from such a visit, as India and Pakistan have a long history of conflict,” he said. 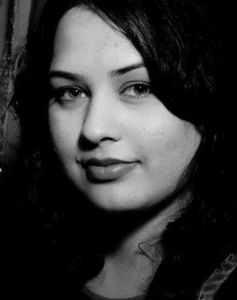 There is growing scepticism because of lack of clarity on Modi's policy on Pakistan. Said Fizza Zehra, a 27-year-old actor and writer in Karachi: “Although Modi's visit is the right step towards peace, he needs to do a lot more to prove that he is honest and sincere when it comes to India-Pakistan ties. In India, hindutva groups are constantly damaging Modi's secular image.” She hoped the two countries would revive tourist and cultural exchanges, thus strengthening bilateral ties. “Modi's efforts to develop India and make education, housing, water and internet accessible to all are great steps, but his government should not silence critics. Intolerance has grown in India since Modi came to power. In order to prosper, India needs to regain its glory as a tolerant and forward-looking country,” she said. Shamim Akhter, chairperson of the Lahore-based Bullah Shah Foundation, said there was some third force which made the visit possible. “There must be more to the visit than what has been shared with the media,” he said.

While the recent high-profile visits by Indian leaders have led to an apparent thaw in ties, many young Pakistanis continue to be wary about relations with India. Malik Siraj Akbar, a 32-year-old exiled Baloch journalist, said the Pakistanis should be cautious in showing excitement over the Modi-Sharif meeting. “The civilian government in Pakistan does not control the country’s policy on India. A true change will come when the Pakistan army, which has historically been deeply anti-India and supportive of jihadi groups like the Lashkar-e-Taiba, abandons its old policies and supports peace with India,” said Malik, who is a foreign policy analyst based in Washington, DC. “Without the army’s backing, Sharif, or, for that matter, any civilian leader in Islamabad, can’t do much to change the status quo.”

Your form could not be submitted.
This browser settings will not support to add bookmarks programmatically. Please press Ctrl+D or change settings to bookmark this page.
Topics : #Modi's surprise Pakistan visit | #Narendra Modi | #Pakistan