How Shillong Lajong revolutionised football in the northeast 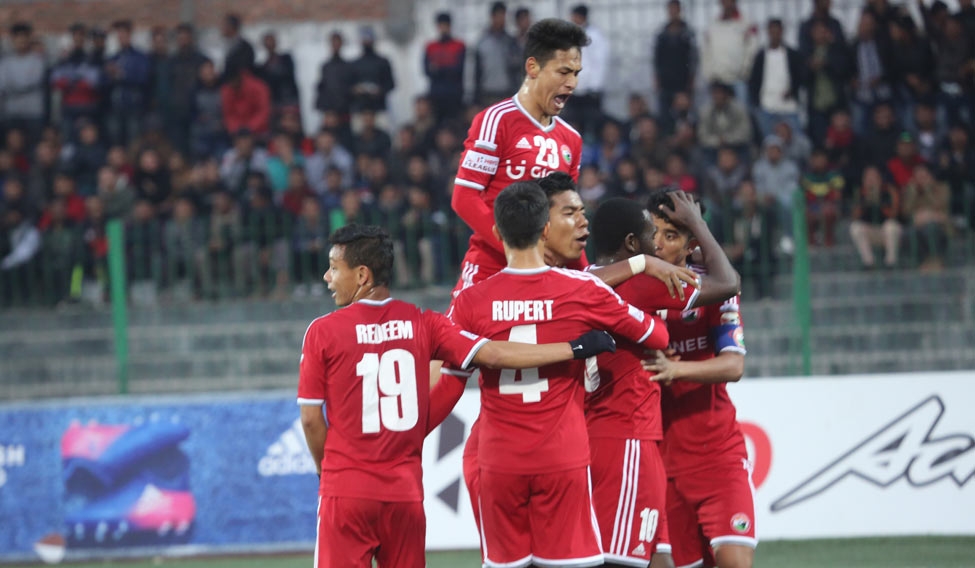 Despite being a minnow club, Shillong Lajong is one of the most respected clubs in domestic football

November is said to be the best month to visit Shillong. It's when the cherry blossoms bloom. Over 30,000 people from around the world come to witness this rare natural spectacle that is usually associated with Japan. The Khasi Hills, beautiful as they are, are also home to a generation of promising footballers. And, this November turned out to be one such season of bloom for them.

The Indian Super League and I-League seasons, for the first time, began together and will run simultaneously for four months. At a time when all the focus is on the development of youth footballers, with India hosting an U-17 World Cup, the city of Shillong has long been a cradle of nurturing football talent. I was told that a football club in the city has been instrumental in providing northeast players to nearly every I-League and ISL team this time.

It was an unusually rainy day when I visited the Meghalaya capital in October. It's not that rain is unusual there, after all Shillong is next to the two wettest places on Earth. But, the locals were grumbling about the sudden burst of wind and rain that they did not foresee. I later learn that the harsh mountain climate often works to the footballers’ benefit when playing in the national league.

I make my way to the bustling Polo market, which leads me to my destination: the Polo grounds and the Jawaharlal Nehru stadium, which happens to be the training site and home ground of a certain local football team. Shillong Lajong. A team that is a beacon of light for young, aspiring footballers in the northeast. 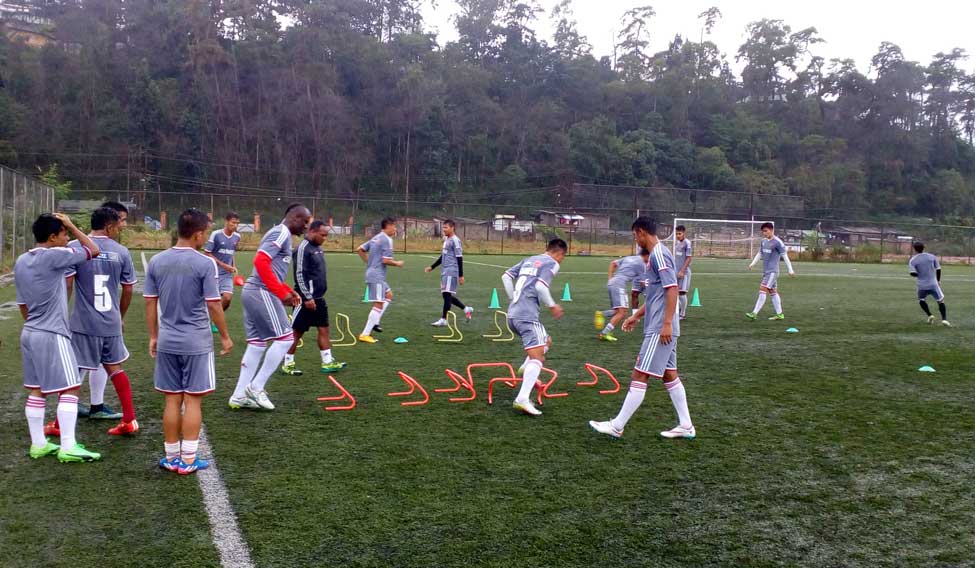 Formed back in 1983 by P.D. Sawyan K itdor Syiem, Lajong Sports Social and Cultural Club was a dream project to help the city of Shillong to produce their own set of footballers. A few years after its formation, it rose to the Shillong League and began churning quality football that got the locals hooked.

By the early 2000s, Larsing Ming Sawyan took over and the development process took a massive leap. He introduced a philosophy of hiring players only from the eight northeast states, to give their players a platform. A structured academy system was put in place and in 2009, Lajong became the first team from the northeast to play in India’s top football division—the I-League.

Aware of the significance of the club in the region, I reach the training ground. I notice the Lajong players sit for a while in the team bus, hesitant to traverse the slushy path to the ground. Nevertheless, they leave the bus, one by one, and, despite the pouring rain, just another training session commences.

On the sidelines, Biru Thapa, the team manager, tells me that he’s been associated with the club for 17 years, first as a player, then as coaching staff. The I-League has a rule that every team must start with two under-23 Indian players. Thapa tells me that last season, while several clubs would start youngsters for five minutes and substitute them, Lajong would coolly have nine U-23 players starting. 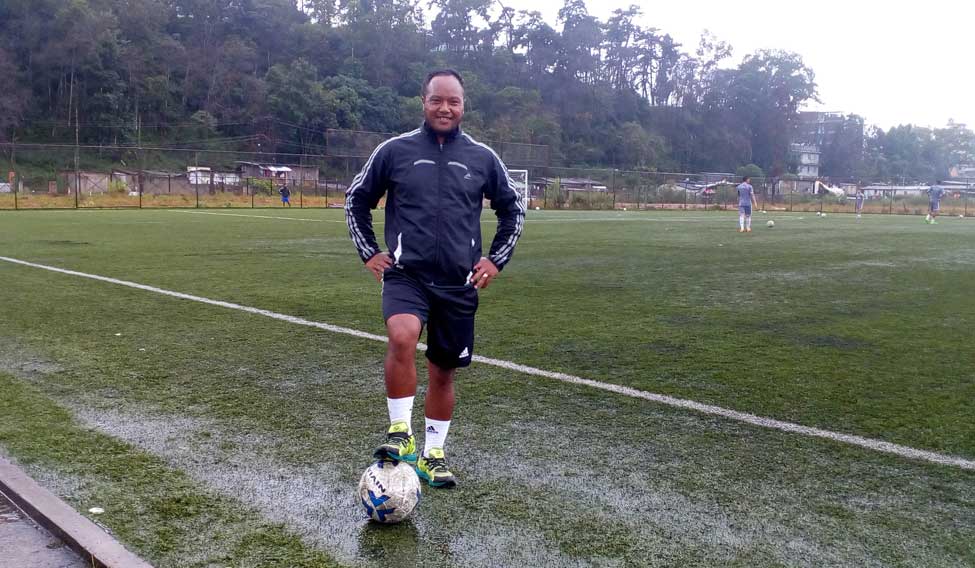 Alison Kharsyntiew, Lajong’s coach and a former player of the club, is overseeing the training session and insists that a youngster place cones on the field and hit them from a distance to improve his passing range. He then tells me that he likes his team to play a possession-based game with fluidity in midfield and dynamism in attack—the typical northeast style that best suits the players physique.

“It is important to bring young players so that we can work on aspects of their game and can mould them,” he says. “It is difficult to do that with seniors. The most important thing for me is not to train players, but to educate them. If you educate them, they understand the game better and there are better results.”

Despite being a minnow club, as owner Sawyan will tell you, Lajong is one of the most respected clubs in domestic football, even among peers, for its vision, identity and the legacy it has formed as a nurturer of local talent.

At a time when the Indian Super League is hogging the football limelight, the I-League is losing relevance. But teams like Lajong and its fellow northeast clubs Aizawl FC and NEROCA FC are keeping the league interesting with their exciting brand of football.

There is no bitterness when Lajong officials talk of the ISL. All they want is a unified system, where the two leagues are merged in a fair way so as to not belittle the legacy of the old teams like the Calcutta giants. The East Bengal-Mohun Bagan derby in the ongoing I-League season attracted about 65,000 fans. For Lajong themselves, every game at the home stadium sees a massive turnout.

The I-League season has started well for Lajong, which had to undergo a massive makeover after last season. Seven of their best players left for the ISL. And, while the Indian Arrows team in the I-League is the extension of India’s U-17 World Cup project, clubs like Lajong, with its squad average age of just 21, and Minerva Punjab Football Club are ensuring that the league focus on youth development rather than brand building.

Lajong won its first two games against Gokulam FC from Kerala and Churchill Brothers from Goa, and though their best performance in the league has been a fifth place finish, there is already much excitement building over a possible championship victory in what could be the I-League’s final season before the AIFF takes a call on the merging of the two top leagues.

It’s the club culture and emotional backing that Lajong’s more glamourous cousin, NorthEast United FC, lacks when compared to the low-budget Shillong club. More than the ISL team, it is Lajong that is adored in the region as the people of northeast India are immensely grateful to the club for catapulting so many players into the national stage.

God knows what the future holds for the club, as 2018 will be a watershed year in the history of Indian club football. But, the stakeholders of the leagues should factor in the value of carrying forward the legacy of traditional clubs when forming a new league because to leave them behind would do no good.

The impressive work done by Lajong was an eye-opener to a city lad like me. In short, I became a fan.

Your form could not be submitted.
This browser settings will not support to add bookmarks programmatically. Please press Ctrl+D or change settings to bookmark this page.
Topics : #football | #I-League | #ISL | #Meghalaya | #FIFA U-17 World Cup