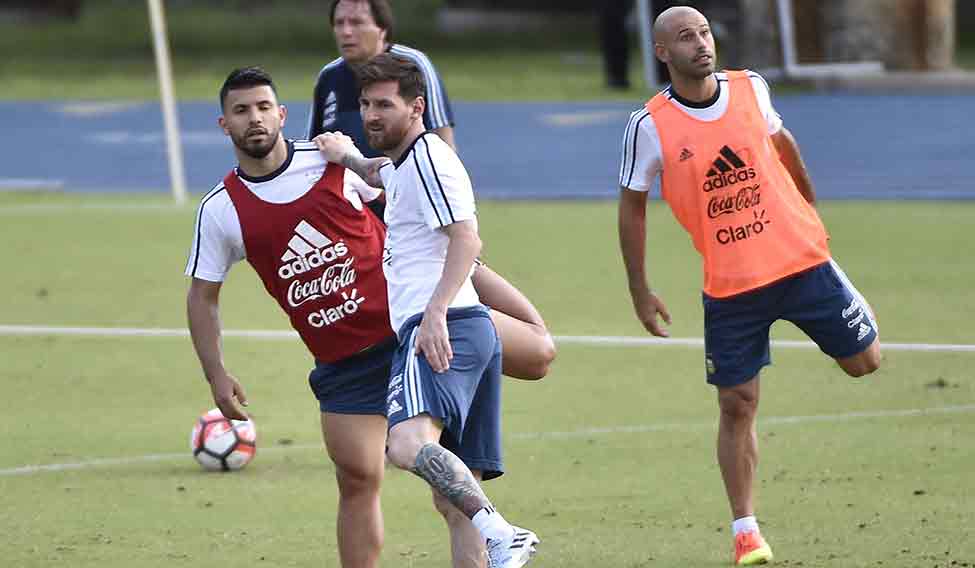 Leo's army: messi with sergio aguero (left) and javier mascherano (right) at a training session during the copa america. Aguero, Mascherano and five other players are reportedly considering whether to join Messi in retiring from the national team | Getty Images

In July 2014, Julio Grondona, the ‘don of Argentine football’ died. The 82-year-old billionaire had been president of the Argentine Football Association (AFA) for 35 years. He was also chairman of FIFA's finance committee and was considered second only to then FIFA president Sepp Blatter.

For many people, Grondona was the man who guided the domestic football scene in Argentina through tough times. Others saw him as a man who ruled long enough to become a villain. For, soon after Grondona’s death, the AFA found itself mired in allegations of corruption, mismanagement and financial embezzlement. The biggest charge was that the AFA had mismanaged the millions of taxpayer's money received as match broadcasting funds, between 2009 and 2015.

The rot in the AFA attracted global attention on May 31, when a federal court in Argentina ordered an inquiry. FIFA sent an emergency panel to inspect the situation and suspended Luis Segura, the AFA’s interim president, a day before the Copa America final. Segura went ballistic. “It seems nonsense, madness, an unforgivable mistake,” he said.

On June 27, FIFA appointed a normalisation committee to oversee the daily affairs of the AFA and inquire into the charges. But the Argentine court told FIFA not to take charge of the AFA. FIFA, in turn, warned that if the AFA and the judiciary resisted the world body's regulations, the AFA could be suspended or even disassociated from FIFA.

Mounting pressure forced Segura to step down on June 28.

Earlier, Diego Maradona had told an Argentine radio channel that FIFA would appoint him to oversee affairs at the AFA and “clean up the mess.” But, no such appointment has taken place. Incidentally, Maradona was a sworn enemy of the late Grondona.

A day after an exasperated Lionel Messi said that he was done with the national team, Maradona said: “Those who want to see Messi quit are doing it so that we don't see what a disaster Argentine football has become. We have hit the bottom.”

Your form could not be submitted.
This browser settings will not support to add bookmarks programmatically. Please press Ctrl+D or change settings to bookmark this page.
Topics : #Come back ,Messi | #Lionel Messi