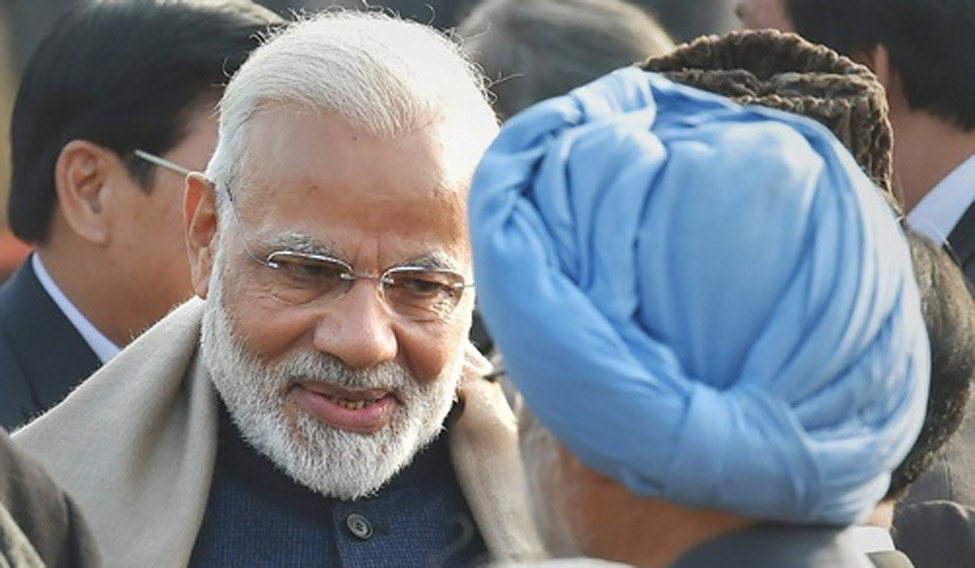 Even as rumours seem to be doing the rounds in some quarters that the Central government could advance the general elections to as early as May-June this year, BJP leaders have proven to be evasive on the issue.

NDA government would win by a large margin if elections are held now. The BJP has also apparently been worried about discontent among dalits and a sudden 'rise' in the popularity of Congress president Rahul Gandhi, whose recent tweets and comments have attracted a lot of attention. Hence, the BJP wouldn't want to keep the elections for 2019.

The claims have also been linked to statements by a Mumbai-based tech entrepreneur, who played a pivotal role in Prime Minister Narendra Modi’s 2014 election campaign. The entrepreneur said Modi is getting a lot of coverage in the media currently as the government was looking at early elections.

The last Union budget before the 2019 elections will be delivered on February 1, and it may offer sops and populist projects.

However, BJP national general secretary P. Muralidhar Rao told the THE WEEK, “I don’t know if there is such a decision (on early polls). You need to talk to your sources in the government. I am not the right person to get an answer from on this matter.”

Union Minister D.V. Sadananda Gowda also said he was not aware of any such decision to advance elections.

“To the best of my knowledge, there is no decision like that at the moment,” he said to THE WEEK. Gowda, for now, is fully engrossed in the coming elections in Karnataka.

Pro-Karnataka outfits called a state-wide bandh on January 25 against the Centre’s ‘apathy’ toward the Mahadayi river dispute with Goa. BJP president Amit Shah addressed a rally in Mysuru on January 25 despite the bandh. “It is a Siddaramaiah-sponsored Karnataka bandh. This bandh is not in the interest of the state,” said Gowda.

Karnataka is scheduled to go to polls in May. The final decision on whether the Lok Sabha elections have to be advanced from 2019 to 2018 has to be taken by Shah and Modi.

Many leaders in the BJP have voiced their support for Lok Sabha elections to be called by the end of 2018, along with elections in Madhya Pradesh, Rajasthan and Chhattisgarh. These leaders believe the BJP should capitalise on the gains it has made in the last 40 months or so, instead of waiting for another few months, by when the disenchantment among some sections of society could become more obvious.

Some in the BJP were sceptical of such a move and want the elections to be held as per schedule, in April-May 2019, after the government completes its full term.

In 2004, former deputy prime minister and senior BJP leader L.K. Advani forced then prime minister Atal Bihari Vajpayee to advance polls, but the move failed and the Congress-led UPA came to power. Vajpayee had initially opposed the idea. Modi is also keen on holding simultaneous state and Parliamentary elections, as he believes it could drastically cut costs of holding elections.

“Modi and Shah have razor-sharp minds. Only they know when is the right time to call the elections,” said a BJP leader who didn’t wish to be named.

CPI(I) leader D. Raja said the BJP government is desperate and worried. “That is the reason why they are keen on early elections,” said Raja to THE WEEK. “Shah and Modi have created a myth that they are the best in Indian politics. It is going to break very soon.”