A mental institute seeded and nurtured by Mother Teresa for poor 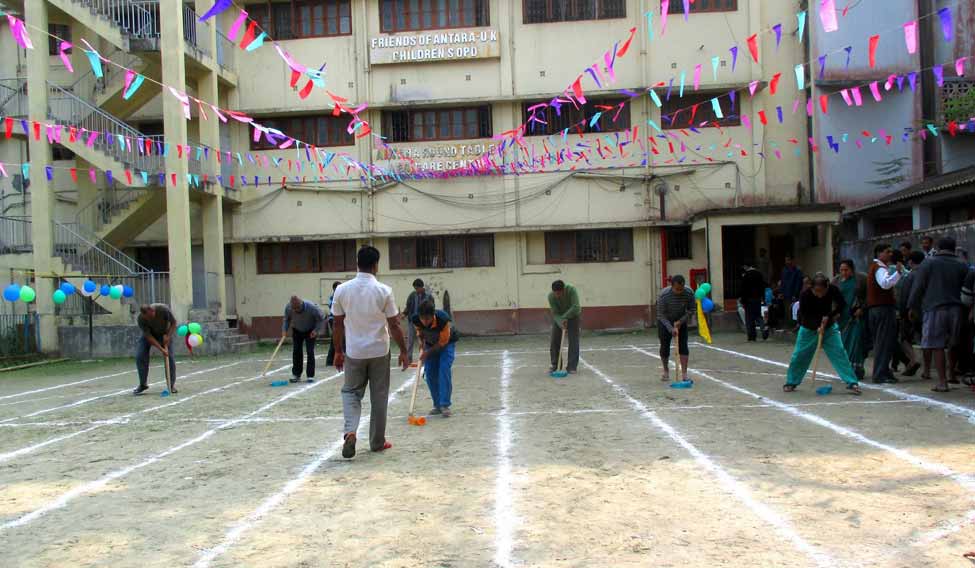 Inmates of Antara hospital during an event

A few decades ago, a small group of people with social responsibility quit smoking. Not because they were worried about their health, but they all wanted to save money for a social cause. P.M. John, a Malayali living in Kolkata and Satrujit Dasgupta, a doctor, wanted to provide medical help for mentally challenged people, who had nobody to take care of them. In order to do that they had to save every penny.

It was Mother Teresa, who gave a new purpose and direction to these individuals. “I see so many people on the streets who are mentally challenged. They need proper treatment. There is a need for a proper rehabilitation centre as well,” she had told John and Dasgupta.

John and Dasgupta wanted to do something about it and that's when they decided to start a mental hospital. They meet Mother Teresa at Mar Thoma Syrian Church in Kolkata. The church itself provided a land at picnic garden, from where the functioning of the Antara Society began.

The team led by John, who was a corporate professional then, started an outpatient department on the land provided by the church and started treating homeless people.

In 1972, when they opened indoor clinic, there was need for doctors. Vijay Jacob, who had just graduated in medicine from National Medical College, Kolkata volunteered to become part of this project.

“I am very happy to be where I am today. I have been doing this wonderful job for more than three decades now,” said Jacob, a specialist in psychiatric medicine and also now the medical superintendent of the Antara hospital.

To their utter surprise number of patients started increasing. From 1972 to 1981 it was a joint programme of Antara society and Missionaries of Charity.

In 1979, the society bought a land at Baruipur, on the outskirt of Kolkata, from a Bengali businessman, who owned a ceiling fan company. Around 200 acres of land was bought at a reasonable rate with the savings of Antara and Missionaries of Charity. Mother Teresa had laid the foundation stone in 1980 and asked the society, whether they had the money to run the hospital.

A worried John said, “To be honest, Mother, I don’t have the financial capacity to run it.” And she replied, “Don’t worry. God will provide you.”

A few days later, Mother Teresa wrote a letter to Antara Society saying that she had received an AC sedan in gift which was no use to her.

“You could sell it and use the money to build a full time hospital,” said Mother.

The society organised a lottery contest on the car to generate the money.

“At the time, private organisations were not allowed to run lotteries. But since it had the blessings of Mother Teresa, then chief minister Jyoti Basu granted us permission to organise the lottery draw. We managed to raise around Rs 1.4 lakh from it,” said John, the CEO of Antara.

Interestingly, John, a native of Kottayam, was recruited a few days before the lottery draw. And his first task was to sell the lottery door-to-door.

“I enjoyed doing that because we were motivated by none other than Mother Teresa herself,” said John.

Within a year, after Mother Teresa received the Nobel Prize, there was another gift of an expensive car. She also donated that to Antara, which organised another lottery draw with the help of then Chief Minister Basu, who held Mother Teresa in high regard.

This time, Antara managed to garner Rs 3 lakh from the sale of Mother Teresa's car. And it built its first hospital building. Today this building houses men's ward and has been named after Mother Teresa.

Over the year, Antara has grown by leaps and bounds. Now, the hospital runs without depending on the Missionaries of Charity for financial help.

The hospital has various facilities including, canteen, nursery and a sports ground. As part of the treatment, patients are assigned to various types of work like knitting sweaters, making bags and planting saplings and so on. They are also given vocational training in singing, dancing and recitation teaching.

Patients are paid for the job and they use that money to buy coffee, tea and snacks from the hospital cafeteria, which is also run by inmates.

The patients are well-behaved and they understated the requirements of the job given to them and work accordingly.

Montu Bag is assigned to work at the hospital coffee shop and it is hard to tell that he is suffering from a mental disorder. He seems to have a lot of interest in learning history and salary of his boss. Ask for a cup of coffee, Mantu will be quick to enquire you about your preferences, “Milk or black? With sugar or without sugar?”

Another patient named Basudeb Biswas in the men's ward had a book in his hand. When he saw this reporter in his ward, he shook his hand and then said, “Sir. Next time I will be in the Kaun Banega Crorepati. I assure you. You can tell my family that.”

“My elder brother committed suicide because his wife slapped a 498 (A) (IPC section deals with harassment of housewife). After which my family slapped a 306 case on my brother’s wife (abetment to suicide). Once I get well, I will slap a 302 case (murder) on her,” Mondol said when asked about his family.

“Will you sue us if we don’t release you from here?,” a hospital official asked making Mahadeb burst into laughter.

“None of the patient in this hospital is violent. We are the biggest private mental hospital in India. We heal them with medicine and compassion, lack of which was the primary reason for their mental illness,” said John.

Your form could not be submitted.
This browser settings will not support to add bookmarks programmatically. Please press Ctrl+D or change settings to bookmark this page.
Topics : #Mother Teresa | #West Bengal