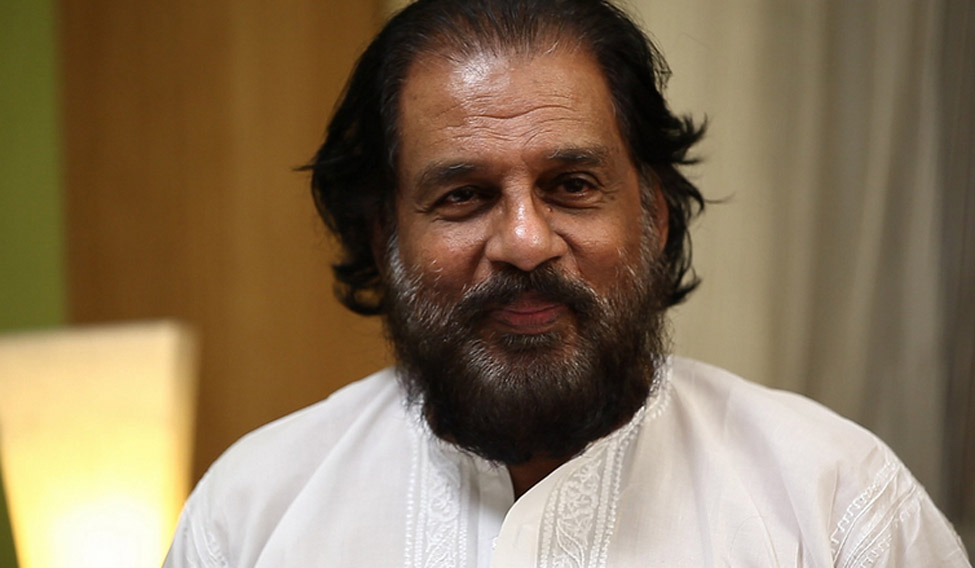 Legendary musician K.J. Yesudas (77) is among the 62 achievers chosen for the prestigious Rajyotsava Award—the second highest civilian award in Karnataka (after Karnataka Ratna), this year. The award instituted in 1966 is given to residents of Karnataka in recognition of their distinguished contribution to the field of arts, education, industry, literature, science, sports, medicine, social service and public affairs and to people who have immensely contributed to the state in their chosen field.

Yesudas, who has recorded over 30,000 songs, and has sung in every Indian language (except Kashmiri and Assamese) has won seven national awards and around 43 state awards of Kerala, Tamil Nadu, Karnataka, Andhra Pradesh and West Bengal, among others. In Kerala, Mahakavi Sri.G.Sankara Kurup gave him the title Gana Gandharvan in 1968, and also became the only singer to be accorded the title Asthana Gayakan (official singer) of the Kerala State. Awarded the Padma Shri in 1975, Padma Bhushan in 2002 and Padma Vibhushan in 2017, Yesudas began his career in playback singing with Malayalam movie Kaalpadukal (1962) and soon gained popularity in Tamil, Telugu and Kannada movies in early 1960s. He has been a playback singer in at least 124 Kannada movies since 1964. Having worked with leading Kannada music directors like Hamsalekha, R. Sudarsanam, S. A. Rajkumar, V.Manohar, Upendrakumar and Gurukiran, he has been awarded the Karnataka state award for the best playback singer five times, including for the movies—Malaya Marutha (1986), Ramachari (1991) and Sipaayi (1996).

His latest Kannada film song was from Goli Soda (2016), directed by Raghu Jayaram. His rendering of Carnatic classical and Kannada devotional songs, especially Krishna nee begane baaro has further endeared him to the Kannada music lovers. His connection with Karnataka runs deeper. He has been visiting the Sri Mookambika Temple at Kollur in Udupi on his every birthday for nearly three decades now. On his 70th birthday, the ace musician rendered the Pancharatna kritis (compositions of Saint Thyagaraja) as part of the Sangeetharchana (musical offering), along with 70 Malayalam singers to the deity.

In January 2002, Sri Vidyadeesha Theertha Swamiji of Sri Udupi Sri Krishna Temple gave him the title Sangeetha Kala Sudhakara. He was also decorated with the title of Udupi Asthana Vidwan in the same year. Yesudas was also conferred the Kannada Chithra Sahitya Rathna Sri.Udayashankar Memorial Film Award and Lifetime Achievement Award by ADVAITA in 2007, at Bengaluru.

The Rajyotsava award will be presented by Chief Minister Siddaramaiah on November 1, at Ravindra Kalakshetra in Bengaluru, to commemorate the Karnataka Formation Day. The award comprises a citation, a gold medal and a purse of Rs 1 lakh.

Your form could not be submitted.
This browser settings will not support to add bookmarks programmatically. Please press Ctrl+D or change settings to bookmark this page.
Topics : #music | #Karnataka