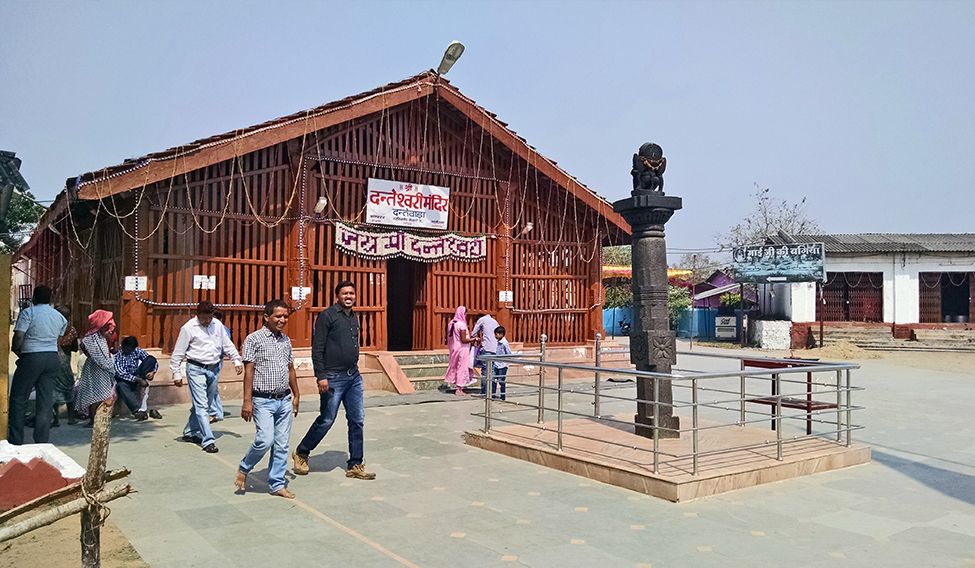 When Prime Minister Narendra Modi visited Bastar division in Chhattisgarh last month, he chose Dantewada district as his destination. The move was symbolic as Dantewada is known as the epicentre of Maoist insurgency in India.

But Maoism alone does not define Dantewada's identity. The district has a special place in the history and the future of Bastar. The famous Danteshwari temple, which is believed to be the guiding force of the Bastar royal family, is located in Dantewada. It is also an education hub with a number of academic institutions imparting quality education to more than 5,000 students.

Legend has it that king Annam Dev of the Kakatiya dynasty of Warangal came to Bastar in the 13th century. Goddess Danteshwari promised him that his kingdom would extend to as much territory as he could cover on foot without stopping. Danteshwari said she would walk behind him to give him protection. The king covered several kilometres and he could hear the anklets of the goddess behind him. But the sound stopped when he reached the confluence of the rivers Shankhini and Dankini. The king stopped walking to see what had happened. Danteshwari was right behind, but he could not hear the sound of her anklets because she was walking in water. The goddess told him that she would not accompany him anymore as he had stopped walking. The temple of Danteshwari is believed to be built on this spot.

Modi did not visit the temple, but spent time with the adivasi children studying in the education hub, which is the brainchild of Om Prakash Choudhary, a former district collector of Dantewada. Son of a farmer, Choudhary was born and brought up in a small village in Raigarh district. While serving as collector of Dantewada, he was once invited to a function to honour the meritorious students of south Bastar, who stood first in their class X examinations. One of them told Choudhary that although he wanted to join IIT, it looked impossible because of the absence of proper coaching and guidance. The helplessness of the aspiring engineer prompted Choudhary to open a coaching centre for adivasi students, who wanted to take up engineering and medical studies. He selected a few good teachers and paid them extra allowance to run the coaching programme, which was named Choo lo aasman (Touch the sky). In the very first year itself, a dozen students from the programme got admitted to various engineering colleges.

Buoyed by the programme's success, more such institutes were launched by the administration for children in Maoist-affected villages. Choudhary's positive intent did not lack for money as the area was flush with funds to counter Maoists. The young IAS officer got the prime minister's award for excellence in civil services in 2013 for his exemplary work.

The education hub also has a special school called the Astha Abhiyan School for children who have lost their parents to Maoist violence. Another special school, Saksham, caters to differently-abled children. A livelihood college provides skills training for the youth.