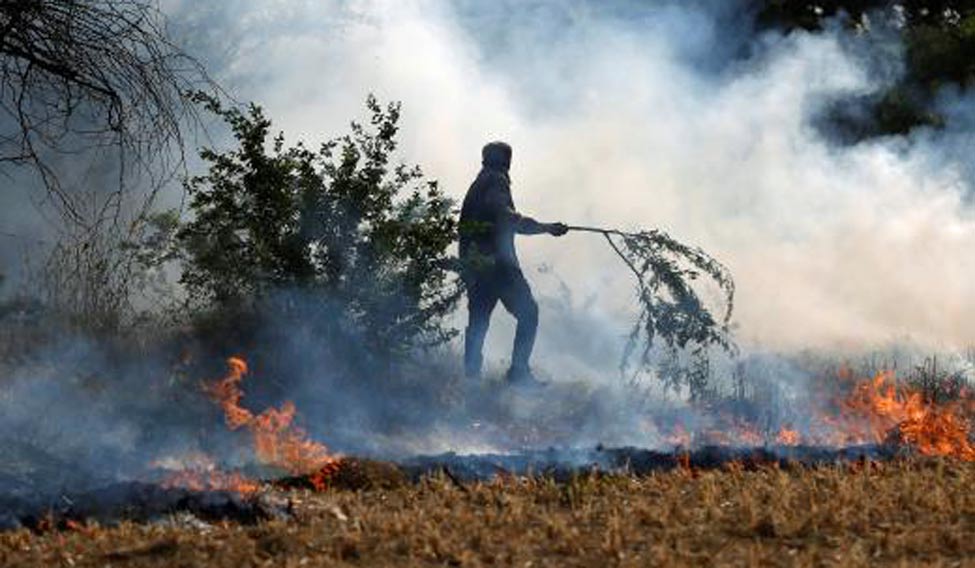 The National Capital could breathe easier next winter, as paddy farmers in Punjab and Haryana might receive help from Niti Aayog and National Green Tribunal to tackle paddy stubbles on their fields for readying them for planting potato or wheat.

"The PMO is looking into this problem and they have now fixed a Rs 500 crore budget (earlier pegged at Rs 700 cr) for Punjab and Haryana to tackle this problem and improve air quality in Delhi," said Lakshmi Raghupathy, a former deputy director of the ministry of environment and forest, and now an environment services expert.

"This subsidy should go to farmers on purchase of machinery like harvesters and zero tillers. And a part of it would be used to subsidize industries who would use these refuse as fuel as subsidy on its transport cost," said Raghupathy.

Raghupathy, who was recently engaged with the National Green Tribunal as an adviser on the committee investigating the cause of stubble burning, said: "The NGT recommends penalizing farmers. But disgruntled debt-stressed farmers refuse to pay them."

She said that the Niti Aayog has been tasked with finding the correct use of the central subsidy to the two states. "NTPC have said that they will use 10 per cent of stubble based pellets in their fuel mix for power plants."

NTPC has already floated tenders for receiving such Refuse Derived Fuel (RDF) for their power plants from Punjab and Haryana. The tenders are likely to be opened on January 10.

Haryana government had extended a plan to the Niti Aayog to use these crop stubbles for board making, as a supplement to wood, for furniture.

Meanwhile, industries, too, have sought to pitch in with their bit in the effort to stop the menace of stubble burning n Delhi's struggle for clean breathable air.

On behalf of the industries, CII's Sustainability Centre is also looking at ways to subsidize farmers for use of crop stubble as a bio-fuel or for other alternative means to reduce stubble burning in the open.

"In south India farmers plough the stubbles and burn them inside mud silos. This is not practical in north India where farmers have many acres of land than when compared to in south India," said Raghupathy.

According to her, the Niti Aayog is likely to finalise the policy to tackle the issue of crop stubble burning shortly. In the next few months the Aayog would also frame a policy for implementation on the ground, way ahead of the next paddy harvesting season in north India's rice belt.

Your form could not be submitted.
This browser settings will not support to add bookmarks programmatically. Please press Ctrl+D or change settings to bookmark this page.
Topics : #Delhi | #Delhi smog | #Pollution | #Punjab | #Haryana