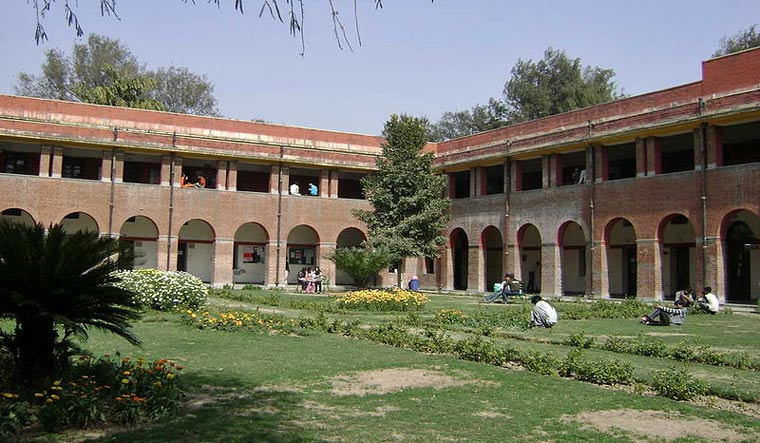 An assistant professor of French at Jawaharlal Nehru University (JNU) was allegedly kidnapped, demanded Rs 2 lakh and was also asked about his views on certain political issues on Saturday night. Delhi police said they have launched an investigation.

An FIR has been registered on the complaint of a JNU associate professor after he was allegedly abducted by a group of people for several hours and subjected to physical assault, threats and extortion following a traffic altercation.

Sharad Baviskar filed a police complaint on June 18. On his complaint, a case FIR under Indian Penal Code sections 323 (punishment for voluntarily causing hurt), 365 (kidnapping or abducting with intent secretly and wrongfully to confine person), 392 (robbery) and 34 (common intention) has been registered at Naraina police station, Deputy Commissioner of Police (West) Ghanshyam Bansal. "Teams have been deployed to find clues and track the accused as earliest possible," Bansal added.

The JNU Teachers Association (JNUTA) has expressed solidarity with the associate professor. In a statement, the association alleged the professor was subjected to violent assault. They said, "He was confined and taken to a residence in Delhi where he was held prisoner for more than three hours. As he tried to reason with his abductors to free him, he was subjected to verbal abuse, physical assault, threats and financial extortion."

The Telegraph reported that the professor was pursued by a vehicle around midnight on June 18 near the Netaji Subhas Place flyover while returning to his campus quarters in south Delhi from his in-laws’ home near north Delhi’s Burari Chowk. Baviskar says the men asked him to pay them Rs 2 lakh for allegedly breaking their car windowpane. When he asked them to come to the police station with him, they allegedly dragged him out of his car and assaulted him, the publication reported.

“Then they asked me what I thought about the NRC and other political issues. They made several videos of me, of them mocking me and hitting me.", he said.

The publication reported that Baviskar was taken near Nehru Place around 2.30am in his own car, where the assailants got off and allowed him to drive away. Before that, they used his credit card at a petrol bunk near Nehru Place, and made him withdraw Rs 33,500 in cash from an ATM with his debit card.