Bhopal Gas survivors to campaign against BJP in MP bypolls 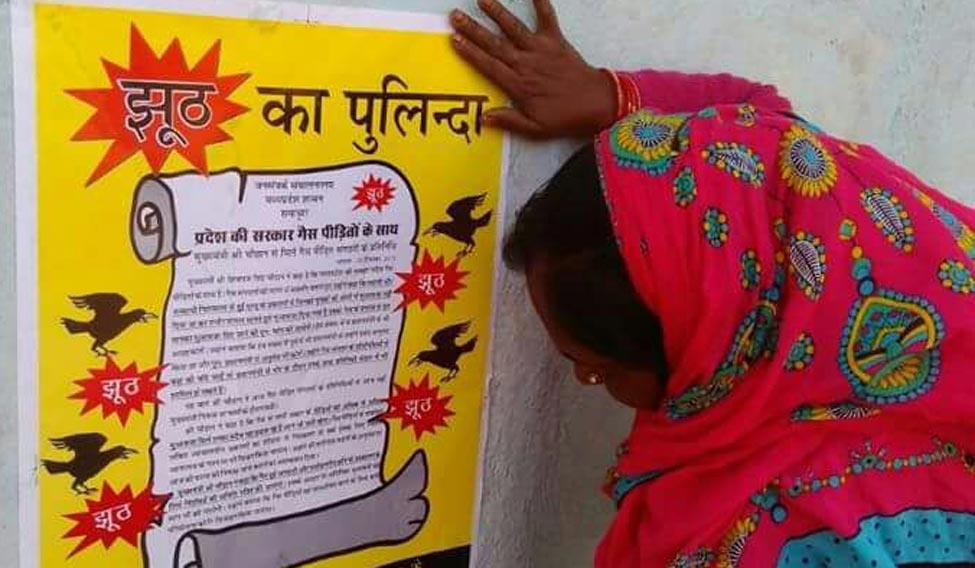 The survivors of Bhopal Gas Tragedy have decided to campaign against the BJP, in the Mungaoali and Kolaras assembly bypolls in Madhya Pradesh, scheduled be held on February 24.

Satinath Sarangi of Bhopal Group for Information and Action said the survivors’ organisation will use its public support for campaigning against BJP. “The byelections will be our first step in making the long- pending issues of the gas disaster part of the state and national elections this year and the next,” he added.

Sarangi said the BJP has failed to fulfil the promises it made to people in general, and gas victims in particular. Apart from Sarangi, Rashida Be, president of the Bhopal Gas Peedit Mahila Stationery Karmchari Sangh, Sarita Malaviya of Children Against Dow Carbide, and Balkrishna Namdeo of Bhopal Gas Peedit Nirashrit Pensionbhogee Sangharsh Morcha have joined hands to oppose the BJP in the upcoming bypolls.

The Congress and the BJP are locked in a tough battle in the two assembly segments, where seats fell vacant last year. The bypolls have become a kind of semi-final for the ruling BJP and opposition Congress as the state goes to assembly polls in November this year. The BJP is leaving no stone unturned to win the bypolls as the last two bypolls held in 2017 were won by the Congress.

The bypolls have been declared after the two assembly seats fell vacant due to the death of sitting Congress MLAs Mahendra Singh Kalukheda in Mungaoli and Ram Singh Yadav in Kolaras. Incidentally, the two seats are part of Guna Lok Ssabha constituency, represented by Congress stalwart Jyotiraditya Scindia. Counting of votes will take place on February 28.

Both the Congress and the BJP have pumped in maximum resources for the polls. Scindia has spent over 60 days in the two assembly constituencies ever since they fell vacant while chief minister has visited the constituencies around a dozen times.

Your form could not be submitted.
This browser settings will not support to add bookmarks programmatically. Please press Ctrl+D or change settings to bookmark this page.
Topics : #Madhya Pradesh | #Bhopal