Healthcare horror in MP: Tribal women give birth in fields 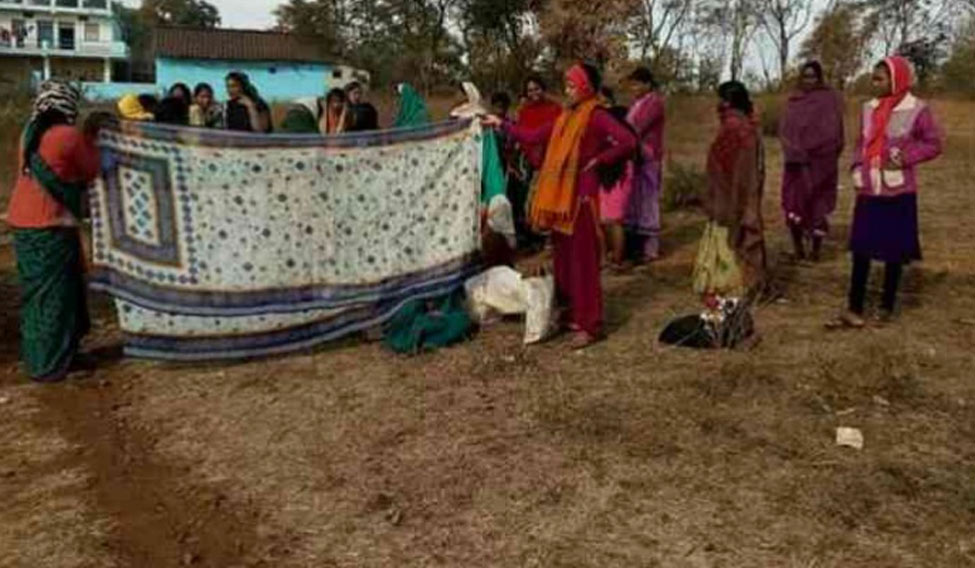 Two recent incidents of childbirth in open fields due to apathy of hospital staff in rural Madhya Pradesh have once again highlighted the poor health services in the state, which has the highest infant mortality rate (IMR) in the country.

According to an economic survey of the Registrar General of India tabled in the state Assembly recently, out of every 1,000 children born, 52 die at the time of birth in Madhya Pradesh, while the national average is 39 deaths. In rural areas, the number goes up to 57 deaths as against 43 at the national level in rural areas.

On Sunday night, Samarvati, a pregnant woman belonging to the backward Baiga tribe, was admitted to Dindori district hospital in eastern Madhya Pradesh. She was kept in hospital for few hours and later asked to leave. The doctors told her that her baby has died in the womb and she should go back home.

According to Samarvati's family, who live in Chobisa village, “During labour pain, we had contacted the local health worker who referred us to district hospital Dindori. In Dindori, the nurses on duty misbehaved with us and sent us back, saying the child has died.”

While coming back to the village, Samarvati experienced labour pain and had to deliver the child in the early morning in a field. Family members took out the pregnant woman from the vehicle and laid her on the ground where other village women helped her deliver a baby boy. The village women prepared a makeshift labour room and hid the pregnant mother with a saree enclosure.

Later, when the issue was brought to notice on social media, the district health and medical officer instituted an inquiry. Earlier last month, a newborn child died in the district hospital of Dindori due to medical negligence. A pregnant mother from Chandrani village was referred to Jablapur when she delivered a baby on the way.

Similarly, on December 8, a tribal woman delivered a baby in the open after she waited for the nurse to come to the health centre in Kadawaya village of Ashoknagar. The pregnant lady, Vidyabai, had come to the centre and called the nurse and doctor. However even after waiting for a few hours, when the two did not turn up, the poor tribal lady delivered a baby on the ground outside the health centre.

The newborn lay on the open field for about half an hour when a local journalist intervened to inform the doctor before clicking the shocking pictures of the newborn lying in the dust while the mother was writhing in pain.

When the matter was reported on social media and a huge outpouring of emotion against the government was seen, the commissioner of health announced an inquiry into the incident. Amulya Nidhi, a social activist working in the field of health, met Principal Secretary, health, Gouri Singh and submitted a memorandum.

Amulya Nidhi told THE WEEK, “Inquiry or suspension of medical staff is not a solution to the problem. We need to improve the health infrastructure in the state, which has crumbled due to lack of attention by the government.”

Amulya Nidhi criticised the government for not making the health sector a priority. He said the dismal allocation of the budget to health is reflected in these incidents, which are symptoms of a serious disease. Since the budget outlay is minimal, there are a series of issues ranging from shortage of medical staff to lack of primary healthcare infrastructure and speciality hospitals in urban centres.

Your form could not be submitted.
This browser settings will not support to add bookmarks programmatically. Please press Ctrl+D or change settings to bookmark this page.
Topics : #Shivraj Singh Chouhan | #Child welfare | #Pregnancy | #Healthcare | #Madhya Pradesh